Adventures of Sonic The Hedgehog Now Available On SD-Bluray

The cult classic animated Sonic the Hedgehog series from 1993, The Adventures of Sonic The Hedgehog - has arrived on Bluray for the first time by Discotek Media, who previously released SD-Bluray versions of Sonic X Seasons 1 - 3.

Don't be put off by the fact that these released sets are SD Bluray. The quality to the original animation has been newly remastered and has a really swell new cover design by artists Jon 'Persona' Kim, Chris 'Black ' Flores and Bradley Hartel. I mean, look at how good the cover looks! 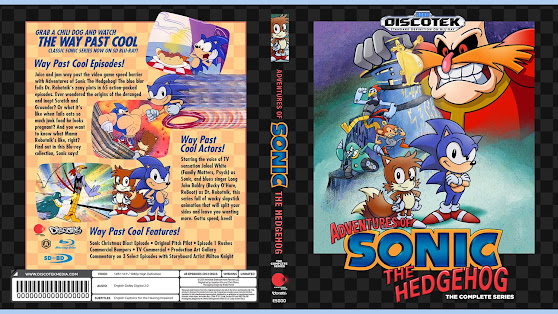 I grew up watching the original series back in the mid 90s when I was a kid, and I remember enjoying it fondly. I still do today. One of the things I love about the show so much is Long John Baldry, the voice actor for Dr. Robotnik, is also the legendary blues musician of the same name. As a kid that show has since got me into his great music. I have a whole bunch of his albums at home and his voice for Dr. Robotnik always provides a great and hilarious comedic tone to the character. It's one of my favourite portrayals of Dr. Robotnik i've seen as well as Sonic Movie's Jim Carrey.

I used to always rent out the VHS tapes of AOSTH at the video store and I remember one I played to death constantly was High Stakes Sonic / Sonic Breakout. Back in 2015 I think it was, Australian distributor Beyond Home Entertainment released a pretty neat boxset of the show on DVD. It came with a Limited Edition T-shirt and featured 7 discs. 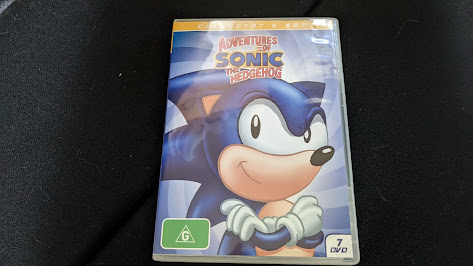 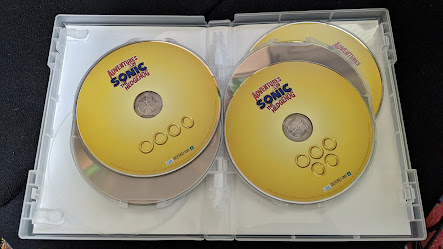 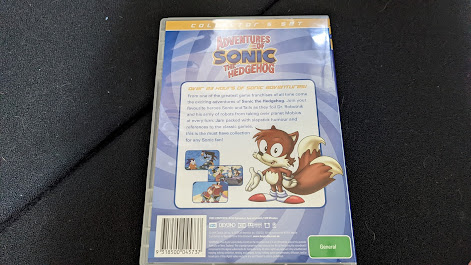 You don't often see it around much anymore, so that's a great idea for Discotek Media to re-release the show.

The SD-Bluray of the Adventures of Sonic The Hedgehog has the series over just 2 discs, instead of the 7 that the original DVDs had. It also contains a huge chunk of special features, some never before released. 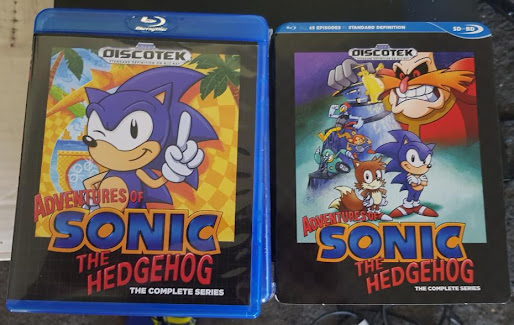 Phew! That was a lot to cover! I highly recommend picking this up and i'll be reviewing the Bluray at a later date, so I can't wait to watch the series again on SD Bluray format.
To purchase a copy, it's available now and you can head over to the Discotek Media website.
Posted by Cameron1391 at 10:44 PM