What good is a super hero without a fearsome foe to face against? Yes, a good villain can be half the fun and none matter more than the leader of a seasons group of villains. So, click "read more" and allow me to countdown my top 5 favorite main villains from Power Rangers. Just remember, this is for the main villains of the season, no generals or scientists ect. 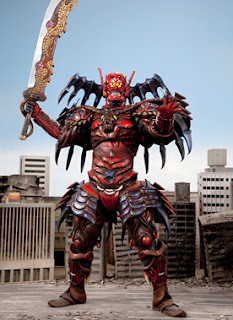 Here is a shocking pick I'm sure. Yes, Power Rangers Samurai was below average to say the least, and a lot of Xandred's writing made him seem like a brat. However, later appearances showed him as a true threat that the Rangers could not defeat in an even battle and I believe that is a vital trait of a main villain. A lot of villains tend to send monsters in their place and hang back without much explanation. This can lead many to assume that the main villains are just not too good in a battle which can hurt their credibility. However, Xandred had a genuine reason for not being able to jump in the battle himself, entering the human world would kill him slowly from drying out. But, at one point he ignores that and fights anyway which earns him a solid victory. With that, near the end when this weakness is removed, it is a legit bad and dangerous situation for the Rangers. 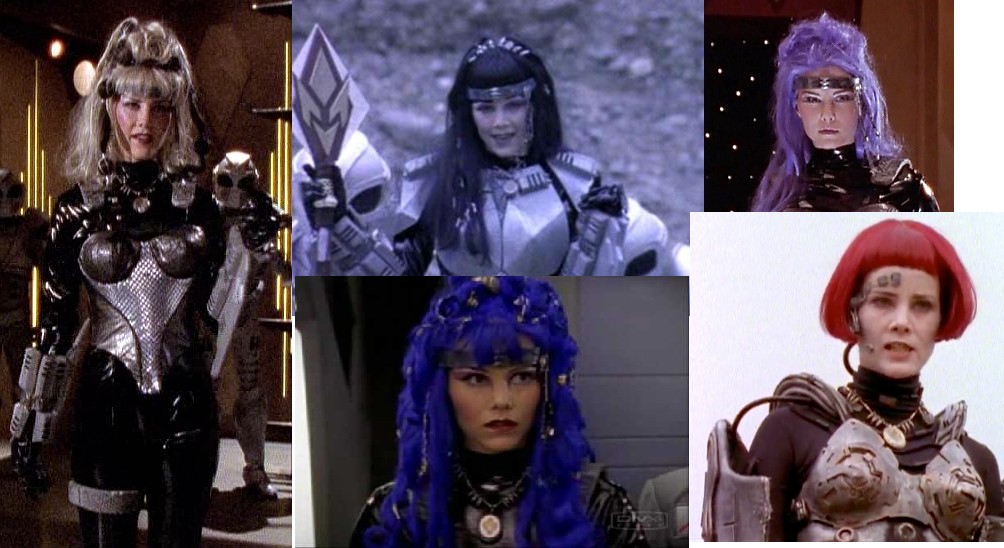 Here is one of the best story characters from any season. SPOILERS! The little sister of the Red Space Ranger Andros who was kidnapped as a child and raised to be a villain. After discovering her true identity as Karone, she turns good only to be kidnapped and brainwashed back to being evil. Then is freed and becomes a Power Ranger in the next season. SPOILER OVER!
It is that character arc that makes her one of the most memorable characters in Power Rangers history. Would be higher on the list but she is not purely a villain.

Is wicked Queen had a lot of build up throughout her season and is considered one of the strongest Power Rangers villains by a lot of fans. While Diabolico originally took the role of main antagonist, Queen Bansheera was always the one behind the scenes pulling the strings. She started out as a spirt, then became stuck in a strange in-between state before finally regaining her bodily form and reeking havoc on the Rangers and city. She was ruthless, killed her own followers, destroyed the Power Rangers' base, and nearly literally unleashed hell on Earth.

The first Power Rangers villain to never exist in Super Sentai and one that gave kids nightmares. Lord Zedd appeared in the second season of the original Power Rangers and quickly became a force to be feared. He has a Dark Vader inspired voice, a snake that turns into a staff, and can turn anything into a monster with his powers. Zedd is easily one of the most iconic villains in all Power Rangers which lead to his return in Dino Fury. It is just too bad that the character had to be toned down so heavily due to parents complaints.

Yes, he is a comic book villain, but the Power Rangers comics are very much part of Power Rangers history. Lord Drakkon is an evil Tommy Oliver from an alternate timeline that has merged the Green and White Rangers powers. He destroys Rita, defeats an army of Rangers and proceeds to rule the universe as a tyrant. An epic tale follows as Lord Drakkon clashes with the main timeline in a quest to obtain more power and gain total control. This is a villain and story that a lot of fans probably are not aware of and to them I seriously urge you to check out. The Shattered Grid video game also features this character, but in a very abridged version of his story.
Those were my picks for the top 5 main villains in Power Rangers. If you disagree or simply want to discuss this further, feel free to leave a comment here or join our Discord server. Until next time, this is Cendoo the Ghost Ranger, signing off.
Posted by Cendoo at 11:07 AM