Should We Be Concerned About Sonic Frontiers?

Back in 2019 at the SXSW Expo, Sonic Team director Takashi Iizuka stated that the next mainline Sonic game is in development. After many months of silence, and of course, the global coronavirus pandemic, which would have interrupted a lot of things going on during the development of the game, a teaser trailer was finally revealed during the 30th anniversary event last year which made a lot of people really excited. I'm also excited about Sonic's latest adventure. His last game, Sonic Forces, didn't do too well amongst the fans, but still somehow ended up being a commercial success. 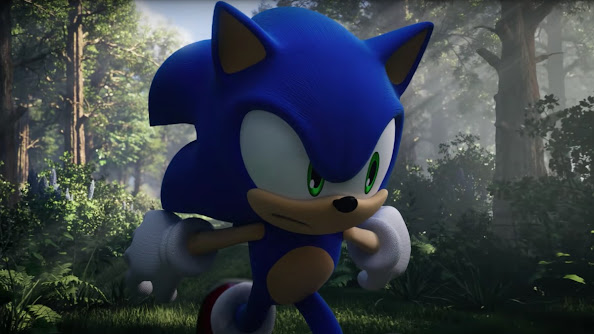 From what i've seen so far, Sonic Frontiers does look pretty ambitious, but we've had this problem before - with games like Sonic the Hedgehog 2006, for example. It's taken Sega and Sonic Team a long time for them to learn from their mistakes, with the occasion of a dissapointing Sonic game still being released today, like Sonic Boom - Rise Of Lyric and Sonic Forces, for example. However, with many frustrating things going on in the gameplay development such as delays, there's also one other problem, that seems to be frustrating many. Where exactly is the gameplay footage? 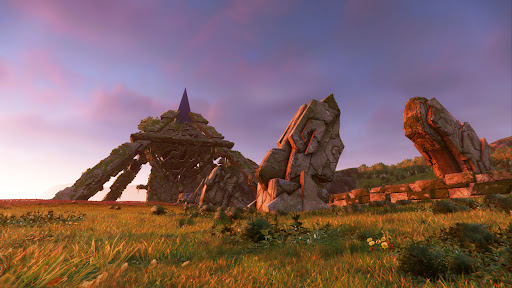 As a Sonic fan since a young age back when Sonic 2 first came out, Sonic Frontiers has got to be the strangest and most frustrating backstory of a developed game I have ever seen. Heck by this rate it should be pretty safe to call it stuck in development hell. It still has a planned release date of Holiday 2022 but still no gameplay footage. What's so confusing about the way Sega are treating this game, is that in every interview i've seen, it's always been Takashi Iizuka answering the questions - and the questions are always the same repeated over and over again. "This game will re-invent the franchise" (we've heard that before), "This game will feature brand new combat modes". etc, etc. Why is only Iizuka speaking? Can they have better PR answers? I'm getting tired of hearing about the same things all the time repeated over and over agian as if we've never seen a good Sonic game before. 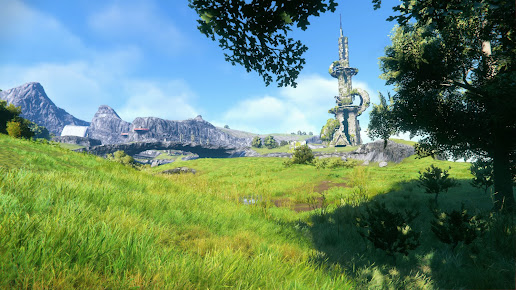 While Sega have been tight lipped on the subject, frustratingly desparate fans on the internet have resorted to making up their own information about the game online with an endless sea of rumors. These rumors spread from far and wide, from 4chan to Youtube to Reddit, all about the same or similar thing. "I'm a play tester from Sega here's what I saw". "I can't identify myself". "I don't have any pictures of this game.". It's always safe not to trust rumors at all. Before Sonic Frontiers was named, rumors exploded back in 2020 claimed by the same 'playtesters' that the game's final title was going to be called Sonic Rangers. Sonic Rangers was listed in the source files of the game. It could have obviously just been a working title of the game, and not the final name for the game itself. I never believed it for a second, and sure enough here we have Sonic Frontiers.

Sonic Frontiers makes sense. It focuses on vast "open zone" worlds. Sega and Sonic Team are very careful to not call this an "open world" game. So it will be really interesting to see what they have in store for us.

But the biggest problem is, when will we see it? I think if they don't show off this game at E3 2022 coming up this year in June then you're right to have a cause for concern then go back to this article again. The fact that it has been SO LONG since this game was first announced, and out of ALL THE RUMORS, we have not had a SCRATCH of gameplay footage shown. Rumors were all speculation and that's that. Mostly clickbaity magazine type Sonic the Hedgehog fan websites ate up these rumor news stories like wildfire and would not stop publishing bogus articles about them. They would mostly end up not being true.

It will be very interesting to see what type of gameplay Sonic Frontiers will focus on. So combat is going to be a big feature as exclaimed by Iizuka in many interviews, but will it or will it not be a boost game? I myself have never been a fan of the boost game formula. I prefer the original Sonic games from the Sonic Adventure era where boost wasn't needed and you could freely explore levels and Adventure Fields (remember those!) at your own pace. I really hope this is what Iizuka and the Sonic Team are wanting to go back to with an influence of Sonic Adventure style gameplay where you can be free to openly explore without having to worry about boost, or Wisps. I really hope the Wisps aren't in this game too, I was getting sick of them. 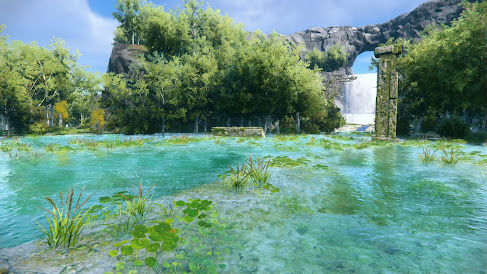 It's obvious that Sega are taking inspiration from The Legend Of Zelda Breath Of The Wild, as apparently every open world game these days has to take inspiration from it, but I have to say it is looking very promising. However, Sonic Forces from 2017 was treated in similar fashion.

Not much of Sonic Forces was shown off until a 25th anniversary event. When the game came out it felt rushed and short. This is because they spent 2 years redeveloping the game engine and 2 more years on the actual game itself, hence short levels and a basically incomplete and empty feeling for the game. I really hope Sonic Frontiers doesn't go down this path.

Who knows, maybe Sega have something really exciting for us - but we have been let down by some lackluster games in the past; it's hard to get excited about the new ones without seeing what they'll be like first. I would love a gameplay demo to be shown off at E3 this year, I think we've been waiting long enough.

Most games, like Gran Turismo 7, Halo Infinite, even Kirby and the Forgotten Lands, had trailers with gameplay footage in them, months, even years before they came out. So why have Sega been so quiet and secretive about it?

I just really hope we see more of the game in the coming months. However, another title - Sonic Origins, a new collection of Sonic 1, 2 3 & K, and Sonic CD, with new emulation is in the works, but we've seen nothing of that since it was announced last year either. Could there be problems at Sega behind the scenes? Or are they just hard at work crunching on the game and making sure it comes out on time without any problems?

They did delay the game from last year to this year so hopefully the team has everything under control Only time will tell. I really hope it will be good. Please!