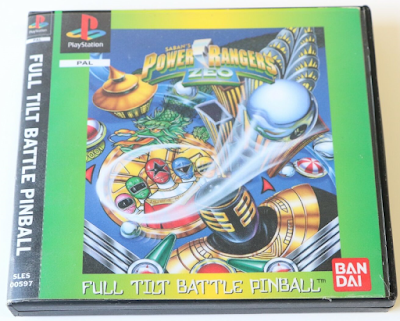 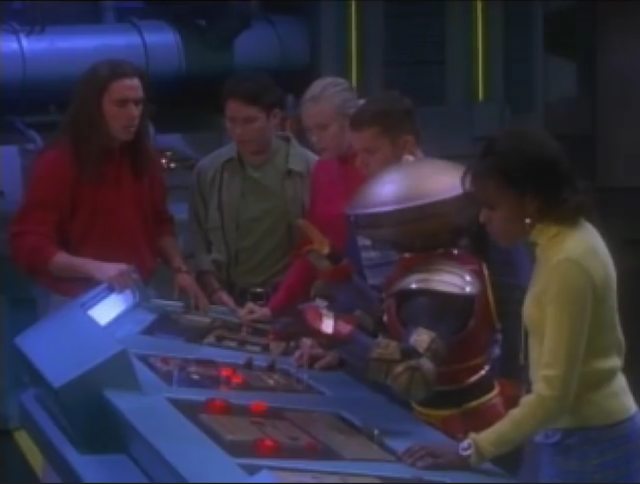 Nothing remarkable going on with the story.  King Mondo has sent his monsters out to take over the world and it's up to the Power Rangers to put a stop to them.  While basic and unremarkable, it's very appropriate for a Power Rangers game and doesn't need to be any more than what it is.  I did like how the story was told though live action video cut-scenes, even if it's just scenes from the show. 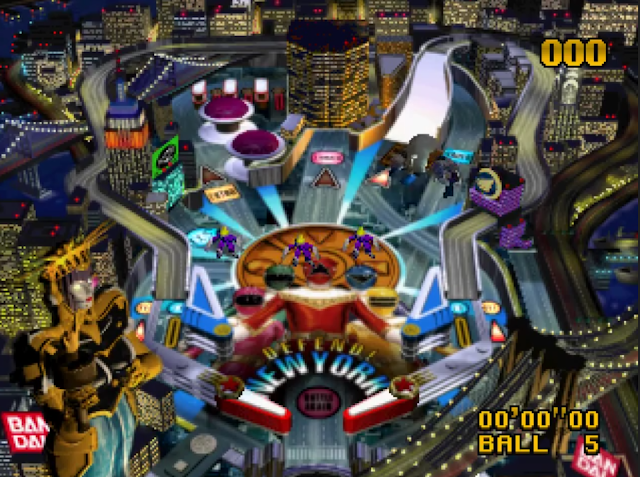 This game may look like a traditional pinball game, but surprisingly enough it has a format more related to the likes such as Sonic Spinball rather than traditional pinball.  Each table looks like a standard pinball table, but they are actually stages with goals that must be completed.  Once those goals are completed on a level, you can move on to the next one.  The goals are varied and often quite cryptic, but they aren't hard to complete.  After you've done the standard stage, there'll be a boss fight where you'll be using your balls to attack giant monsters.  You only need to hit them a certain amount of times in order to defeat them.

The levels are fun, but they aren't perfect and they do have a fair share amount of problems.  Most of them come down to boring table design, but it is cool seeing monsters of all sizes roaming the field.  Oh yeah, you can also bash into them for some points and speaking of points, they don't matter.  All that matters is completing the goals and moving on.  You can play the tables individually in another mode and this is where the points can matter.

Controlling this game is simple and easy to understand.  Left button on the d-pad and the square button activate the flippers, cross button (yes, I called it the cross button) launches the ball, and the L and R buttons are to shake the table.  Personally I would've set the flippers to L2 and R2, but they are still comfortable to play nonetheless.  The ball physics are passable but they could've used a little tightening.  The ball does go where you want it to go most of the time, but you'll get moments where it just wants to go where it wants to go.

This game is stupidly easy.  The ball save and the hole blocker that comes in the form of Alpha-5's head removes a lot of the threat of losing a ball.  You are not only also given enough lives/balls to work with (you get five lives/balls to work with), the lives/balls completely replenish when you have beaten a stage.  It also doesn't take long to beat the game at all.  You can finish it in about the same time it takes to watch the episode of the show.  It can take even less when you know how to complete all the goals.

Once you have beaten the game, you'll be laughed at by King Mondo and he tells you that you'll need to beat the game on hard mode to face him.  After with some confusion with the main menu having not one, but two "start new game" options.  I went to the options and found out that the default difficulty for this game is set on easy.  Not medium, but easy, despite there being a medium setting.

Hard mode does indeed make it feel more like traditional pinball difficulty, but it also makes you realize how cheap the game is.  A lot of the tables suffer from the one thing I hate about pinball tables.  What I'm talking about is the dreaded death drop zone.  You know?  It's when the ball drops down suddenly to the point where you can't hit it with any of the paddles.  Yeah, there's a lot of that going on in this game. 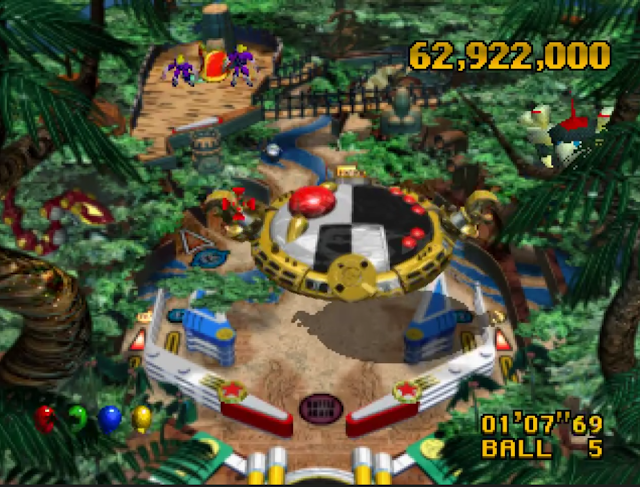 There's a lot going on with the graphics, but it's just a shame that you can barely make them out due to the low resolution, even for an original Playstation game.  The cut-scenes are nice and clean though.  The table design for the first level is pretty awesome.  I liked how it featured a city theme with advertisements for the show and Saban on them.  Beyond that, level design is very lazy and are barely Power Rangers related.  Felt like they were made for another game and just had someone slap on some Power Rangers baddies on the field and called it a day.

As mentioned before, there are live action cut-scenes to tell the story.  However, there are also some cut-scenes showing the Zeo Megazord in action and they were done with 3D computer animation.  These cutscenes aren't great, but they could've aged far worse than what they did.  At least they don't look as bad as the 3D models used in the Mighty Morphin Power Rangers Movie. 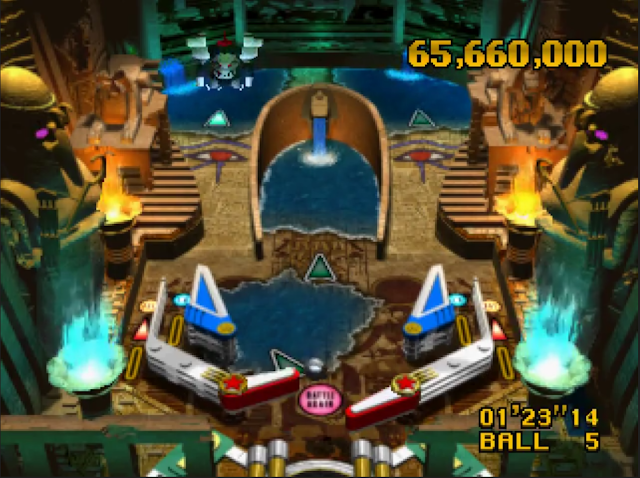 The music isn't all that great, it's just generic rock music.  It does work with the game, but still it isn't anything special.  The Zeo theme song does appear in this and my god is it a terrible theme song.  I mean, the guitar work is good even though it's just a re-hash of the guitar work from the Mighty Morphin Power Rangers theme.  The vocals though will make your ears bleed, but thank goodness this song doesn't appear in the game much.  I did like how Alpha-5's voice appears and says things such as multi-ball, extra ball, etc.  It was very appropriate and he even sounded very cute performing them. 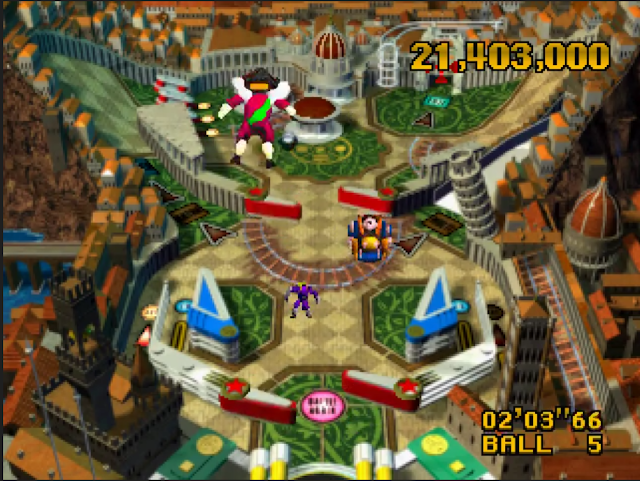 Overall, Power Rangers Zeo Full Tilt Battle Pinball (that's a mouthful and a half) is far from being the perfect pinball game, but it is fun to an extent.  If rentals were still a mainstream thing, I'd recommend renting this for the weekend.  Sadly, this isn't the mainstream anymore (*waves fist*), so I only recommend this for curious pinball and Power Rangers fans, or for if you find this game for cheap.  I give this game a 6 out of 10.