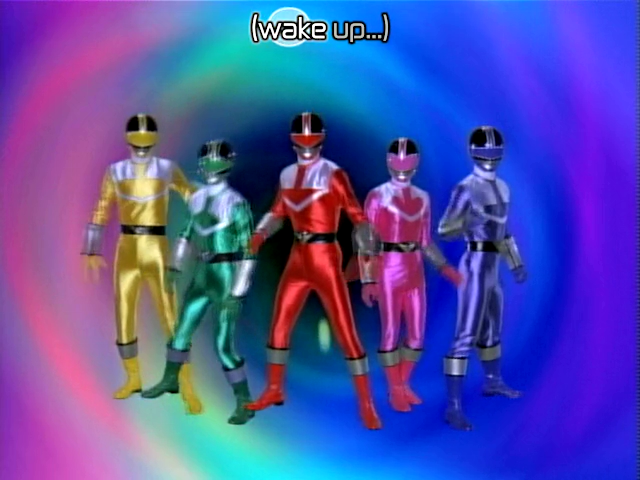 We are back for more with four more episodes of Timeranger. So far, the episodes have been focusing on character development and that looks to be the continuing theme. So, click "read more" and let us see what comes next. 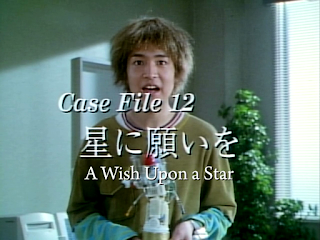 A kid named Hayato comes by the Timerangers odd job shop to hire them to find an alien to prove to other kids that aliens exist to defend a magician who claims to be friends with an alien. Sion takes charge of this job and he is excited that other aliens exist in that time era. Our new monster of the week is a blackmailer and jewelry and money are starting to disappear. Smell the connection yet?  Fight scenes were actually decent for a change. Still over pretty fast but there were some cool stunts performed and the monster at least fought back. Episode ends with the magician leaving in a UFO and magicking his trick coin to Hayato. 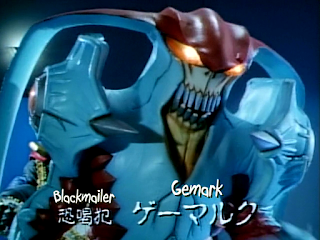 This episode was pretty good. It was nice to see TimeGreen get the spotlight for a change and the monster was a jerk which made it enjoyable to see him defeated. Sion got some more development as he found another alien whose planet was wrecked by war and he expressed the loneliness he feels from being the last of his kind. The only thing that bothered me about this episode was the kids overacting. They all leaned forward and yelled all their lines. However, the kids didn't get much dialogue and they probably weren't very experienced actors to begin with so, no major harm. 4/5 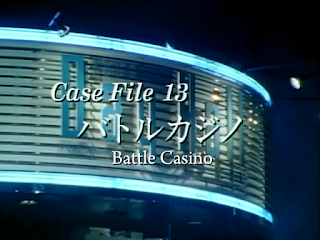 A crying wife hires the TimeRangers to find her husband who has been missing for 3 days into in a casino where people bet on fights. A new gambling monster set up this casino and has been rigging all the fights so that he always wins. Money is still the only goal for the bad guys. A small monster sits on top of a mechanical body, like two monsters. Tatsuya takes part in the fighting to expose referee as one of the monsters. The small monster gets captured before growing giant so only the mechanical body fights the giant Robot so it can get destroyed. Which doesn't make scenes. Episode ends with the couple reunited and the rangers high-5ing each other and saying "good work". The end

This episode wasn't bad, but easily felt like filler. Nothing really significant happened but there weren't any major problems with it. Except, one plot whole. The way that monsters grow is by removing a patch that they put on prisoners so there should not have been any patch on the robot body. 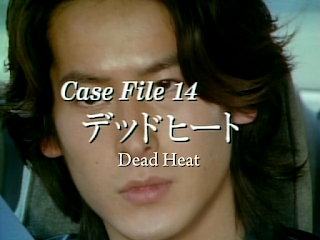 This episode features Ayase who gets his license suspended just when he will need it the most. The new monster of the week is Mad Racer Baron who becomes the getaway driver for Lila's jewel thefts. Baron and Ayase are former racer rivals but, after Baron was speeding on the way back from a circuit, he caused an accident to a pedestrian and Ayase testified against him since he was a witness. This pedestrian was seriously injured but lived, however, the pedestrian had a father who was very important and caused Baron's sentence to be much harsher than it should have been. Freeze compression. Sadly, Baron believes Ayase snitched on him because he was jealous of his driving talent and now helps the Londer Family in order to settle a score with Ayase.

Ayase didn't do anything wrong but still has a guilty conscious. Pretty heavy emotions.

Baron was tied with Ayase at the circuit 3-3 and convinces him to have one final race. Before that, Ayase is forced to attend a driving lecture that turns into a practice driving course with the instructor. He is doing well, until he gets a call about Baron and Lila stealing, so he races off to confront them with the driving instructor forced to tag along. Ayase races Baron on the street while trying to convince him to to turn himself in and start over fresh. He agrees after Ayase stops him from running over kids, but Lila has a collar on Baron that forces him to be her slave. So, it is Ranger battle time.

The Ranger battle is short like always, but does have high moment. Ayase and Baron get into a one on one duel and there is some good back and forth. Lila steps in and forces Baron to grow giant. This giant battle has some good sword clashing but slows down once the TimeRangers knock off the controlling necklace. Baron admits that he was jealous of Ayase's talent the whole time and accepts being frozen again. Episode ends with a victory but on a sad note as Ayase promises to race Baron again in the 30th century.

This episode was exactly like the Power Rangers Time Force equivalent, and both were great. A lot of good character development  for Ayase and it was nice to see an episode end on a serious note. There was even a funny moment when Don Dolnero gets sick from not having enough money. Overall, this was probably my favorite episode from this season so far. 5/5