Little information is known at the time of reporting but Postal 4: No Regerts has been announced via news site DualShockers.
From the complete silence from RWS (website keeps crashing) and lack of page up on Steam yet, I'm unsure if the announcement was made toooo early or not. According to the article, Postal Dude is now voiced by Jon St. John of Duke Nukem fame (I hope not honestly) and goes a little something like this (according to DualShockers): "Postal 4: No Regerts follows the Postal Dude and Champ after everything they have is stolen and they are trapped in a fictional Arizona border town called Edensin. Postal Dude must then spend five days trying to make enough money to jumpstart his life again. Of course, this money can be made legitimately and without violence, but the fun of the game comes from using all the wacky weapons and interacting with all the odd factions."


It's coming to Steam Early Access... Today? As of writing I cannot find it on Steam. Did find another link worth checking out however...
From Rawg.io I found a more put together blurb for the game: POSTAL 4: No Regerts is a satirical and outrageous comedic open world first person shooter and the long-awaited true sequel to what’s been fondly dubbed as “The Worst Game Ever™”, POSTAL 2! (No third game is known to exist.) Several years have passed since the events that devastated the once proud town remembered as Paradise. The only two to walk away from the cataclysm unscathed, the hapless everyman known as the Postal Dude and his loyal companion Champ, drive aimlessly through the scorching deserts of Arizona looking for a new place to call home. After a fortuitous gas station rest stop ends with their car, trailer home, and the rest of their worldly possessions stolen, all the Dude’s seemingly got left to his name is his canine cohort and his bathrobe, and neither of them smells all that great. However, on the horizon, the duo glimpses an unfamiliar and dazzling town that beckons to them. What untold prospects lie within? Fame? Fortune? Maybe a bidet or two? Edensin awaits. 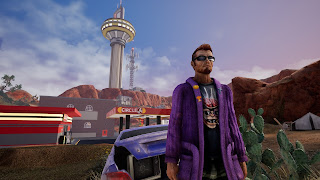 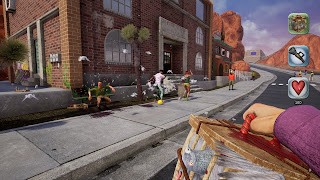 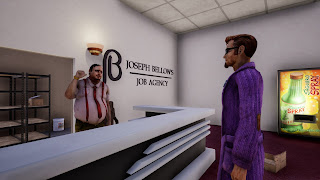 Posted by FenrisTheRogue at 12:04 PM