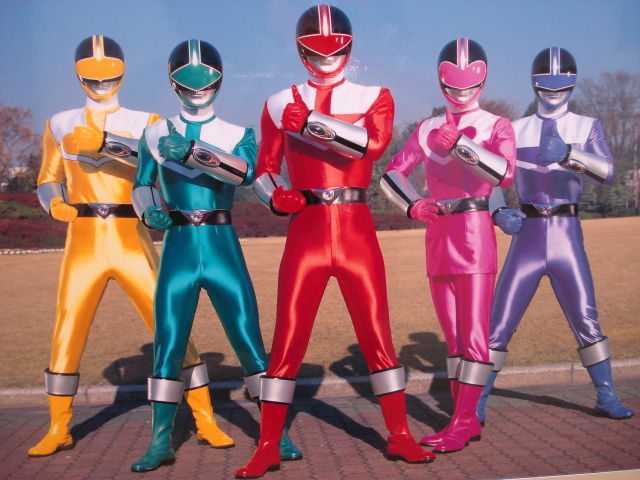 Speeding this up, there is no need to give every episode a full analysis.  I will save those for the special episodes. We will skip all the filler portions in these group reviews. Now, click "read more" and let's check out the next 3 episodes. 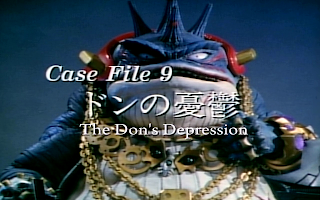 This episode features a crooked cop as the monster of the week. He is a childhood friend of Don Dolnero who causes conflicts among the Londars Family. Meanwhile, the TimeRangers catch the attention of the media and now have to take extra caution not to get their cover exposed. For once, the monster puts up a good fight, but is ultimately sabotaged and is quickly defeated. The fight scenes overuse the high-speed blur effect which makes them hard to watch. Episode ends of a cliffhanger with Ayase getting heart pains. 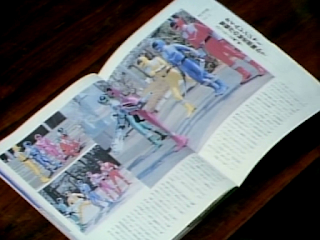 An episode that feels very short. Dips a little into Don Dolnero's past as he had a spy on the inside of cops. The Rangers spent most of the time doing odd jobs and the battles were pretty underwhelming but it was still an enjoyable enough episode. There were funny moments and nothing dragged on so, a pass. 3/5

Case File 10: The Escape to Tomorrow 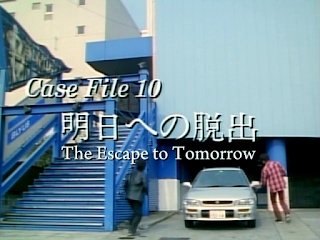 Tatsuya is suspicious of Ayase's sudden chest pain from the last episode and is trying to get answers out of him only to learn he is terminally ill with 1 or 2 years left with Osiris Syndrome, a disease from the future caused from frequent space travel. Londer Family puts a bounty on the TimeRangers and gets a highly skilled bounty hunter for the monster of the week. This bounty hunter is actually terrifying and manages to break Ayase and Tatsuya's chrono changer so they cannot henshin and nearly kills both of them. Only for things to turn drastically around at the last minute with a short/one-sided fight and a giant battle that literally lasted 1 hit. Episode ends on a silly note with Tatsuya trying to get someone to split his 23k yen phone bill. 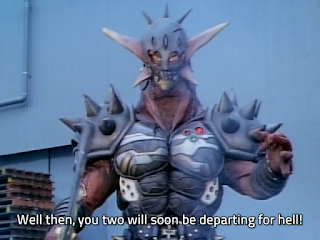 This episode was awesome, for the first half but it went down hill fast. The monster had a lot of great build up and let on to be a pretty strong opponent, only to be completely over powered once the red and blue chrono changers were fixed and taken down with one hit as a giant. Also, the ending was misplaced. I will admit, when their chrono changers were broken and they couldn't call for help because Tatsua forgot to pay his cell phone bill was a funny moment. However, you'd think learning that Ayase will die of a cardiac arrest within the next two years would have called for some dialogue for the ending. Although, I will say that there was enough good to justify the bad so, another passable episode. 3/5

A photographer named Honami is trying to get a picture of the TimeRangers unmasked for the newspaper. The new monster of the week is a sadistic scientist that brainwashes entire towns of people into killing each other. The Rangers have to investigate a hypnotized city where a bunch of horror movie cliches happen. Honami almost causes mass genocide by getting in the way of the TimeRangers and is given a firm smack and lecture by Yuri. Good suspense and enjoyable scenes so far. Final battle and giant fight aren't bad either; they are short but at least the monster fights back this time. Last thing we see is the camera girl does see the TimeRangers unmasked but keeps it a secret because she gets a crush on TimeYellow after a pep talk from him. However, she things TimeYellow is Ayase. Future drama alert. 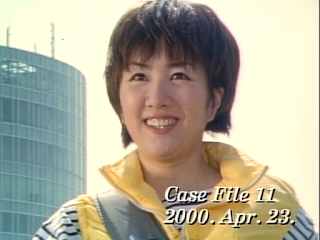 This episode was one of the best from this season so far. The threat was real as this particular monster had caused the death of 80% of a city in 2975 all for fun and could do it again. While not perfect, from start to finish this episode was just amusing. 4/5
Posted by Cendoo at 12:00 AM