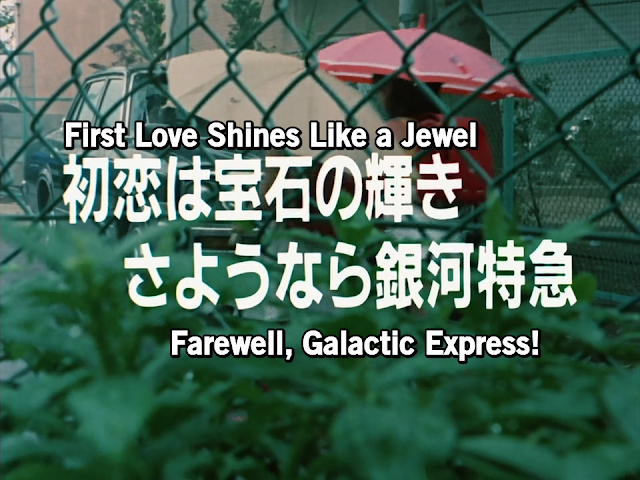 You know what time it is, people: Because REASONS, the Makuu are trying to find Dr. Barnes and seize his anti-radiation technology. A little girl learns to love and Gavan learns to take another beating. I guess this counts as an episode, right?

Overall Opinion: An episode so pointless that it took me a month of whiskey courage to write. Some alien dude figures out how to treat radiation and for some reason, the Makuu want it. Sadly, I told you the entire episode just in that last sentence. The episode had one cool moment of showing some Makuu thugs putting on their coats while twirling. Other than that, it was boring and I can't recommend it.

(exhaustive and frustrating sigh) We begin the episode with a new student being introduced to a classroom. His name is Amemiya Saburo. Judging by his attire, he aspires to be the next Adolf Hitler. After being bullied by two school inmates, Amemiya attempts to run home and bumps into Gavan. The boy drops a crystal, encouraging Gavan to believe the Makuu are up to something boy is hiding something. Gavan shows the crystal to Commander Qom and he confirms the summary of the episode.

That boy is Ben Barnes, the son of a famous scientist from Planet Lake. Ben's father pioneered a device that would neutralize radiation and was exiled from his home planet after the Makuu invaded the planet. With the sighting of Ben, it is likely that Dr. Barnes is alive on Earth. Commander Qom orders Gavan to find Dr. Barnes and bring him back to Planet Bird so he can be protected.

Gavan stalks Ben to his home and sneaks in to find Dr. Barnes. Surprisingly, they find Dr. Barnes dead in the house. Even more creepy, his corpse was in a rocking chair with a computer mimicking his voice for probably weeks. The show decides to not dwell on this revelation.

In the basement of the house, Gavan finds the anti-radiation device but when he activates the alarm system, it self destructs. With only Ben left to transport to Planet Bird, Gavan searches for Ben and finds him being hassled by the Makuu. Gavan activates his power armor and goes to work, pummeling those Makuu like they owe him money.

The monster of the week, Double Lobster Monster, finally shows up and attacks Gavan. A few minutes later, Gavan performs his '5 Moves Of Doom' to defeat the monster and saves the boy. THE END 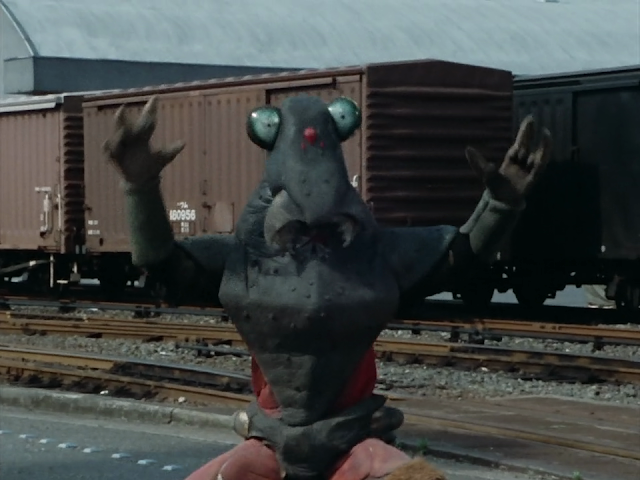 To be honest, I'm not even sure what the monster is. They don't bother giving it a name but Lobster was the best I could come with. Feel free to correct me if you can tell what bug it is.


Boring, irrelevant, and stupid. What more could you want from a filler episode? Besides the standard gaffs of Gavan not dying from attacks that should have killed him, there was nothing significant to the episode. It didn't have any good moments besides the Makuu putting on their coats like I mentioned earlier. I would show some screenshots of it but the images are too blurry.

The episode was hot garbage and I wouldn't recommend it.
Posted by Roy Kingston at 10:00 PM