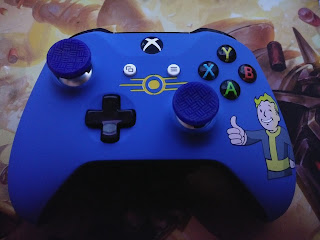 Do you make your controller stand out from the usual ones? Read my review and see if this product is for you! 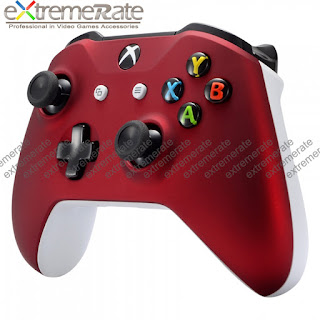 If it were up to me, I would custom paint my controller shells and add my own decals. However, due to my lack of a workspace, I have to scale down my projects and buy aftermarket parts most of the time. For my recent projects, I bought two front shells from two different sellers but same product line, eXtremeRate. One directly from the company through Amazon and one from a random guy from eBay, both running me about $15 USD a piece.

They are definitely different than the stock front plate that you see with your standard Xbox One controller, sporting a softer rubbery kind of finish. It's not unpleasant feeling, especially after being broken in from use, but appears to hold grime and grit much easier than your standard fare. Definitely keep your controller clean with this plate on. 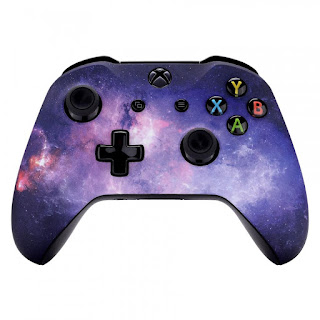 According to listings, the designs are printed onto the surface of the plates by hydro dipping them, a process also known as immersion printing, water transfer printing, or hydro imaging. It's a process that allows you to apply graphics using things like specifically made film or paint onto objects such as controller shells, guns, clothes, ect. It's quite an interesting process. I'd recommend looking up YouTube videos to watch how it's done yourself.

The print on these shells isn't bad at all, however the individual who sold the Fallout shell sold me one with a defective Vault-Tec logo in the center on the controller. Other folks would probably be extremely annoyed but considering the fact I bought the shell from a third party without knowing, I won't fault the company itself. 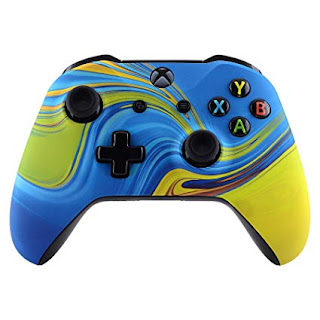 Overall, should you go through the hassle of taking apart your Xbox one controller for one of these front plates? If you're inexperienced, I'd probably say no. But if you really wanna try your hand at it, they are sold on Amazon and their own personal website. Overall quality is good and they seem like they won't fade anytime soon.

Email ThisBlogThis!Share to TwitterShare to FacebookShare to Pinterest
Labels: Fenris Talks About, FenrisTheRogue, Product Reviews, Yeah This is Modded