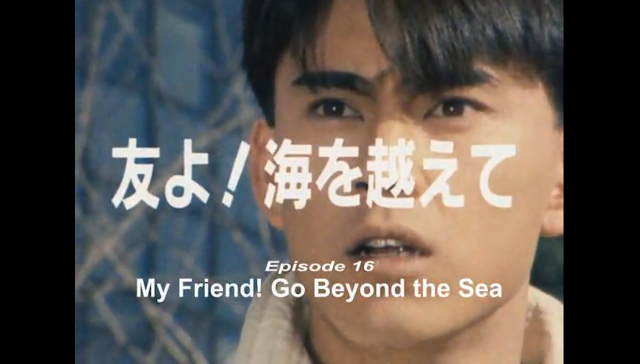 Kotaro's mission to save his brother continues.  As does my mission to cover all of this season of Kamen Rider.  (Click on "Read More" to read the full article.) 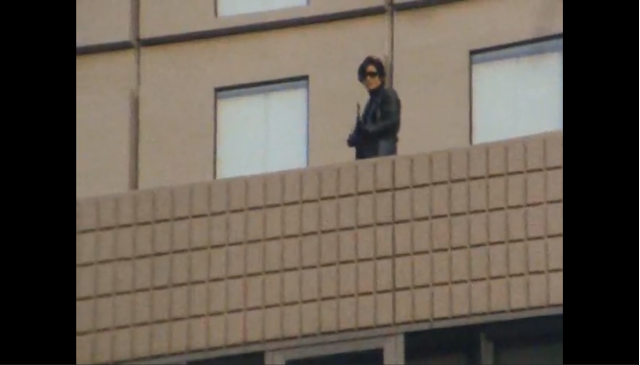 This episode opens up in a way that completely took me by surprise.  There's a hitman (who is also a pretty boy) with a sniper rifle.  He is out to gun down a man with a briefcase.  The hitman was unsuccessful in hitting his target.  Kotaro shows up, spots the hitman and goes after him.  Kotaro catches up to the hitman and the hitman gives him a warning.  Suddenly a strange earthquake happens, it is one so strange that Kotaro already suspects that the Golgum are behind it.  (Typical Kotaro.)

Kotaro's suspicions were correct.  This week the Golgum have a quartz powered destruction beam and an ugly (as always) monster of the week.  This week's monster is Earwig Mutant! (Shudders!)  Earwig Mutant starts up the destruction beam (yes, that is it's name) and causes some earthquakes.  Sadly, this technology isn't as groundbreaking as they had hoped.  The quartz that's powering the machine breaks and the Golgum are not happy.  Now the Golgum must track down a rare diamond called the ultra quartz in order to power up their machine to the max.  Earwig Mutant is also angry and takes it out on the kidnapped scientists that are in the same room as him. 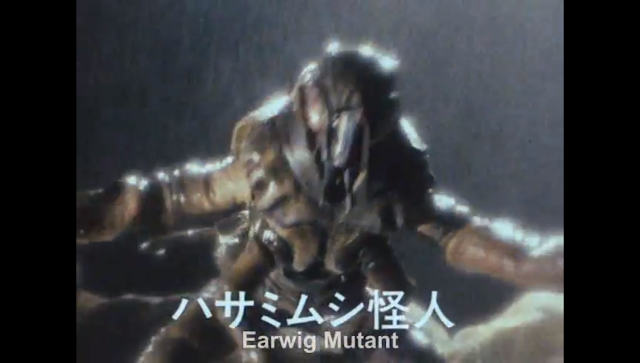 Kotaro finds out that the hitman was after professor Yanagi, so he goes to a seedy bar to keep an eye out for him.  Professor Yanagi does indeed show up and with his harem nonetheless... I mean his students... Who are all female... It's because he works for an all-girls collage.  (I'm going to stop with the dot, dot, dots now.)  Not too long after this, the hitman shows up and challenges the professor to a game of eight ball.  There's a catch to this game, the professor's life will be on the line.  Naturally, the professor loses and the hitman doesn't want to take his life.  What the hitman really wants is the ultra quartz that the professor has.  Kotaro interferes and the professor makes a run for it and we have another chase scene at hand. (Benny Hill music.) 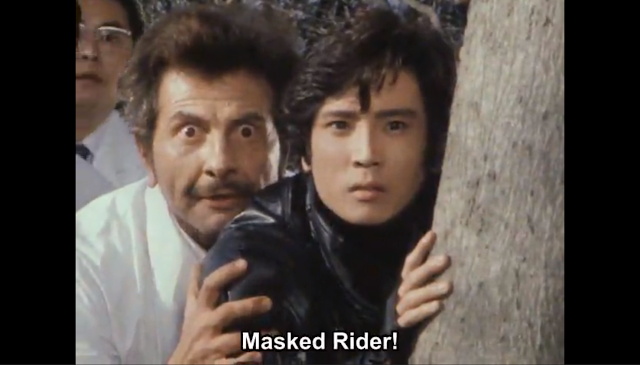 Kotaro meets up with the hitman on a soccer field and by mentioning Nobuhiko (Kotaro's brother) we find out that the hitman isn't a hitman after all.  This man is Take Ryuske and he on a secret mission from Interpol to find and destroy an evil corporation.  Kotaro explains to him about how the Golgum are the evil corporation and that he and his brother are cyborgs.  Naturally, Kotaro and Ryuske become allies in the fight against Golgum.  Meanwhile, Earwig Mutant kidnaps the professor and takes the ultra quartz.

Ryuske gathers all of the captured scientists and escapes the building.  IT'S HENSHIN TIME, BABY! Kotaro shifts into turbo and morphs into Kamen Rider Black.  Earwig Mutant flees the crumbling building and so does Kamen Rider with some help from Road Sector.  Kamen Rider runs over Earwig Mutant, then a back and forth battle happens.  (As typical with most Kamen Rider fights.)  Kamen Rider destroys the ultra quartz which weakens Earwig Mutant and after Kamen's signature rider punch and rider kick, the day is saved.  The scientist have been saved and Kotaro has made a powerful new friend and that concludes this week's episode. 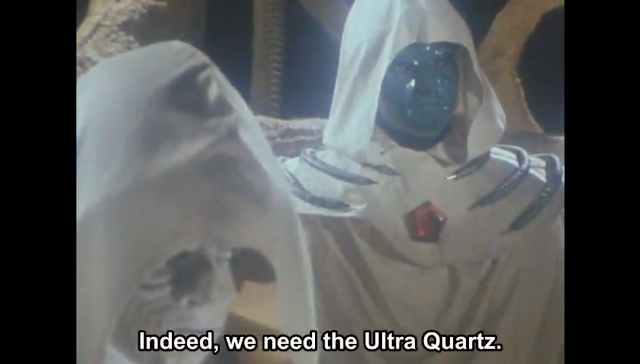 While this episode was very entertaining, the writing is about as cheesy as an old Hanna-Barbera cartoon from the 1960s.  A hitman, a Scooby-Doo rubber mask reveal, and a diamond powered destruction ray all appeared in this episode.  Felt like I wasn't even watching Kamen Rider times.  Seriously, all this episode was missing was Dick Dastardly and Muttley.

Despite that, had a blast of the time due to the interesting characters and how they interacted with each other.  The action is also very good with some very well choreographed hand to hand combat.  Plus, we see Kamen Rider get strangled with a giant earwig's butt-pinchers.  The hitman (want his real name spoiled?  Read the summary) did indeed used his gun to fire bullets and not of the laser kind.  Don't worry, the gun violence isn't ultra violent and was pretty G rated compared to some of the fights that have happened in previous episodes. 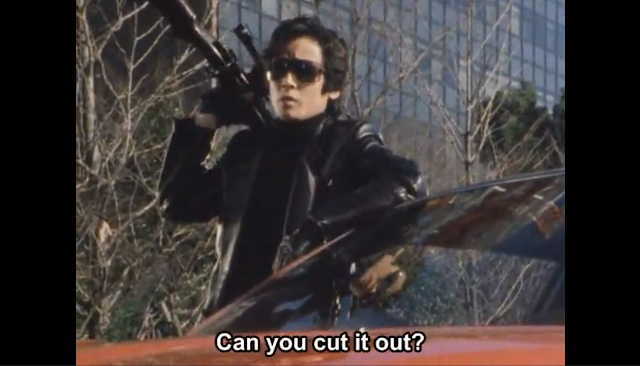 Overall, if you can get over how bad the plot was, you'll find a really decent episode full of fun characters and exciting action.  They were so good that I did end up forgetting the dumb parts while watching.  Episode sixteen of Kamen Rider Black gets a (surprising) 8 out of 10. 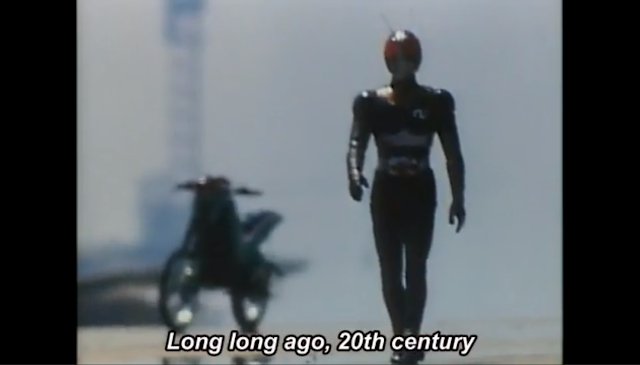 Posted by Retrokaiser at 3:58 AM