Blacksad: Under the Skin (First Look)

Giving a look into current information for Blacksad: Under the Skin, and a little bit of background for the comic series itself. Grab your tattered trench coat and your favorite pack of cigarettes. We're gonna solve a murder. 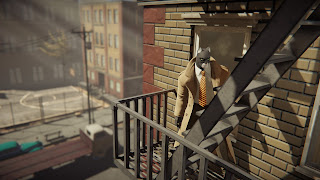 While I was originally set to finalize my review for another game, this caught my eye reaaaaally hard over the weekend so I just had to look into this. The origins of Blacksad start from a comic written by Juan Diaz Canales and illustrated by Juanjo Guarnido between 2000 to the present, five volumes currently available as they are infrequent with release. The watercolored pages take us into the shoes of John Blacksad, an anthropomorphic black cat detective in 1950s New York, a dreary world right on the heels of World War II. 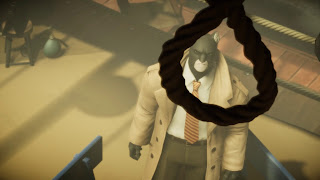 From dealing with the murder of a ex-lover, the hysteria over the Red Scare, to facing off against an allegory of white supremacists in the form of white animals, Blacksad as a whole deals with heavy real world topics and themes. Animals are used in a literal stereotypical sense- such as German Shepards and Bloodhounds being police, cold-blooded lizards, snakes, and other reptiles as henchmen and other sly types of criminal. It puts a lot of life into the universe of Blacksad. 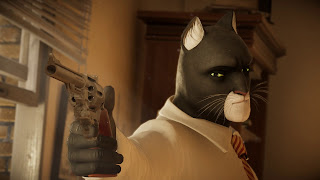 As for the game itself, developed by Pendulo Studios and YS Interactive, you take the role of John Blacksad to solve the mysterious suicide of boxing club owner Joe Dunn and the disappearance of rising boxing star Bobby Yale, who has gone missing soon before the most important fight of his entire career. The game is a separate entity from the comics, telling it's own story in a similar fashion to how the books themselves are handled in mostly a standalone, self contained kind of way. 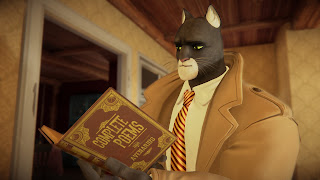 According to the Steam page, it will contain investigative gameplay paired with puzzles, QTEs, and multiple choice dialogue that will influence Blacksad's character as well as the ending of the game... Promising to say the least. I also was amused that "a dark world of anthropomorphic animals" is a selling point on the page. 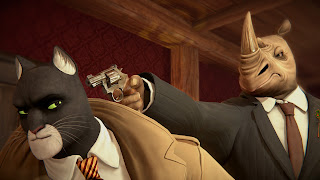 I have high hopes for Blacksad: Under the Skin due to its presentation and the aesthetic of the world they're crafting. Hopefully it'll scratch that itch that I have for other games in this genre (RIP Wolf Among Us season 2, we hardly knew ye).

The game is releasing September 26th 2019 for PC, Xbox One, PS4, and Switch. Price unknown at time of reporting.