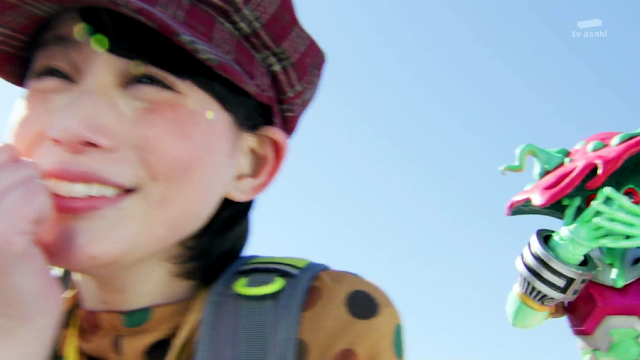 The third episode of the 4th dinosaur Sentai is out and ready for action. It has been difficult to review this season so far with its jumps in quality, but I will say that it has kept my attention. Click "read more" for my full coverage.

Side note, I love how the title bits show which ranger gets the spot light.

The episode opens up with a quick shot of Ui about to be the next target for Creon and it cuts to the intro. That's a heck of a way to grab the audiences attention. Creon looked like a creep.

One theme song later, the 3 Ryusoulgers are led to a cavern by Tyramigo where pink and blue's Kishiryuus (zords) are located. It is implied that Koh can understand his mech's roars. Sure enough, they are here and are given names; the pink one is Ankyrose (also translated as Ankyloze) but Melto has trouble bonding with his Kishiryuu and doesn't name it yet. Wanna guess how that sub story will conclude? 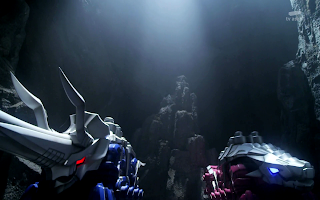 Ui has started gazing off into space with a blank expression. However, she is still alert enough to check her phone when it goes off with a video of a new Minusaur. Is there a new monster finding app? No, it was just the news coverage. 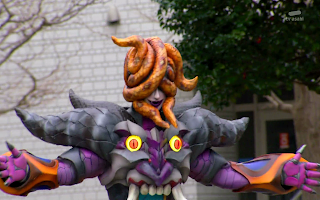 Our monster of the week. Eww

Luckily, the Ryusoulgers are on the scene and ready to fight. With no explanation as to how they knew there was a new monster or how they got back to the city so fast. The three of them henshin up, do some role call and the action begins. This Minusaur won't stop saying look, and if you do the eyes on its chest will turn you to stone. Medusa 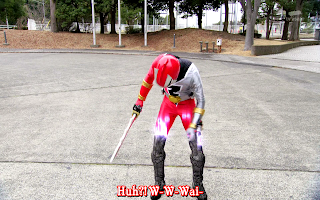 Seriously? Red is the first one out? Well then...

Melto and Asuna try to fight back without looking and are not doing well. However, a solar flare bright light flashes which blinds the Minusaur and reveals a couple of new allies.

Green and Black prove themselves as much more competent fighters. The two of them know that the Minusaur is at its most vulnerable, but the two Ryusougers get slowed down by Drunn Soldiers; which they easily defeat, but the this gave the Minusaur an opening to escape. Asuna and Melto attempt to stop the fleeing Minusaur but are stopped by Tanjo. Post fight, Green and Black are not impressed. 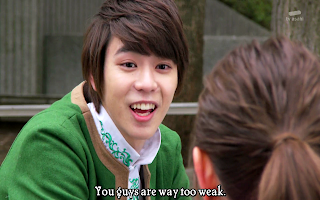 Tensions flare, but that is all interrupted when it is discovered that Ui is the victim that created the Minusaur. Was that supposed to be a twist?

Back at Ui's house, Ryusoul Black cures Koh and introduces himself as Bamba, and green as his brother Towa. Koh is excited by their arrive and ignores all of Towa's insults. Moments like this make it feel like they really want Koh to be Daigo. It is also revealed that there is an easier way to defeat the Minusaurs, and it involves human sacrifice. Oh goody. 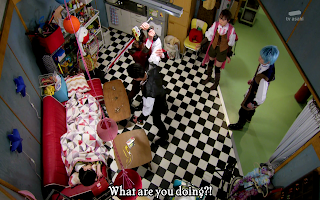 I suppose it is obvious that killing the person a Minusaur was born from would take them out with them, but this is kind of messed up. I've seen rangers not care about civilians before, but to so casually be willing to kill one is a bit off putting. The explanation is sound though, if the Minusaur grow giant after it becomes complete then thousands of lives are at risk. Still, never thought I'd hear a greater good speech like this from a Super Sentai season.

Koh steps in and doesn't let Bamba kill Ui while confidently saying he will save both her and the lives of many. 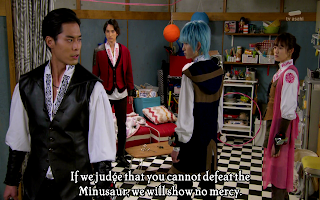 This was the predicted outcome, but it would be big of Koh to not hold any grudges against the black & green brothers for attempting to rush to the worst way to win. Can't say I would be so forgiving.

Later that night, Ui has a conversation with her Dad where she showers him with complements. However, the last thing she says is kinda scary. 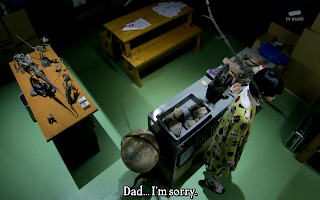 No way! Is a Sentai season seriously going to have an attempted suicide?!

The next day things heat up on all ends. Firstly, Ui has gone out which causes Asuna to fear the first and chase after her. Adding to that, the Minusaur has reached giant form to Koh and Melto go after it. Shockingly, seems Asuna's fears and my own were correct. 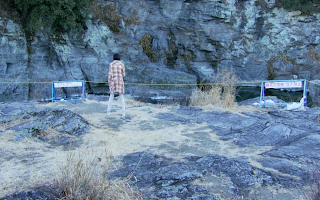 Asuna finds Ui with a hint from her dad and attempts to intervene. Ui tells her story; she talks about how impressive and hard working her father and the Ryusoulgers are and how she feels like the only one coming up short. She feels worthless and like a burden to her friends and family. This is striking so close to home. Now, Ui thinks she can finally do some good by defeating the Minusaur with a self sacrifice, but Asuna won't let it happen and embraces her. 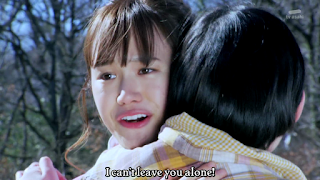 Asuna assures Ui that neither her nor the others would let her go because they are friends just before Ui passes out from her energy being drained. All the while, Towa and Bamba were watching in the distance as Asuna races off to help the others. That was a deep moment, but, did Asuna just leave Ui passed out on the ground?

Meanwhile, the Minusaur has reached giant form and is turning everyone in town to stone. Now, it is time for the giant battle. Koh and Tyramigo are the first to enter the fight but are still struggling to fight without looking. Asuna returns at this point and insists that Melto and her need to call their Kishiryuu to help, but Melto thinks his won't come since they didn't bond. Normally, one would expect some friendship speech here, however in a hilarious twist, Asuna has no patients, grabs Melto's wrist and calls the blue Kishiryuu even, giving it a name.

Okay, I'll admit, that did not resolve the way I thought it would.

Towa and Bamba move in to slay Ui, (whom Asuna just left sleeping on a cliff) but they freeze in their tracks when the pink and blue Kishiryuu's awaken. Why did they shock them so much?

Even with Triken and Ankyrose, the giant battle is still a losing one due to the fear of being turned into stone. However, Melto has an idea and makes his first plea to connect with Triken. 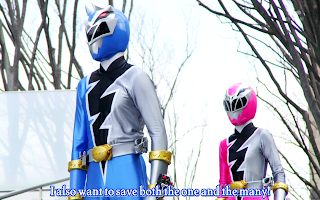 Little too much character development being squeezed into one episode.

Triken heads Melto's pleads and a new plan is set in forth. Long story short, Pink and Blue smashed a chunk of the street and reassembled it onto the Minusaur using a variety of their Ryusouls powers. 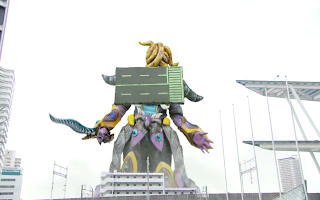 Now that the Minusaur has had a hunk of street stuck to it, (that feels weird to say) it is finally time for the 3 mech combination. Which, they just knew how to do for some reason. 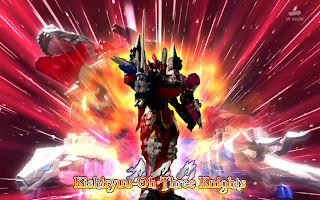 As much as I hate the new CG used in every season, they do make good wallpapers.

Now combined, the Ryusoulgers are able to overpower the Minusaur and save the day. Ui wakes up, they explained that the Minusaurs was created out of her feeling lonely and have a desire for someone to look at her. (Also, some joke about why people turned to stone was because of something on Ui's phone that I didn't understand.) Towa and Bamba go off on their own journey to find their Kishiryuu. The end!

This episode was brilliant, mostly. Ui got some really good character development and this is the first episode of any season for a long time to genuinely catch me off guard. Action was great too, it is so nice to see the final battles have monsters that actually fight back. However, there were a couple of things that bothered me. A few select moments come to mind, like when Asuna just left the unconscious Ui by the cliff or Towa constantly smiling no matter what he said. However, the biggest problem are those little figures called Ryusouls that have been showing off different powers every episode. These Ryusouls reek of plot convenience as there is no mention of how many the rangers have or what limits there are with them. Despite these issues, this is still the best episode so far and has made me care about this characters. 4/5
Posted by Cendoo at 12:00 AM