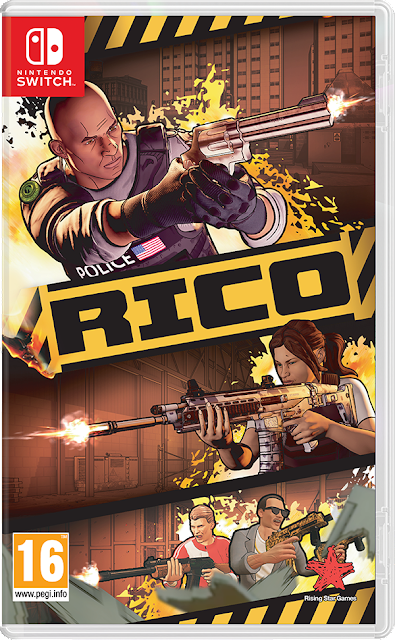 No! This isn't a game based on the former WWE superstar, Rico.  This is the action packed FPS game released by Rising Star Games...  Huh? This game got released by a big publisher? That's a genuine surprise.  UGH! I gotta stop leaking out about how I feel about a game before the review even starts.  Anyway, this is RICO for the Nintendo Switch.  (Click on "Read More" to read the full review.) 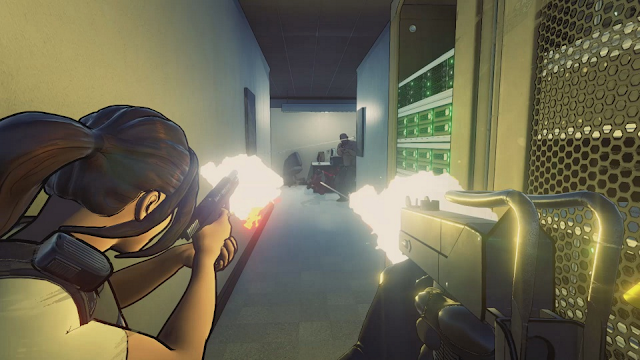 
RICO is a game about a special secret squad named, RICO.  This is the kind of squad that does all of the dirty work that the police can't legally do, like taking out all of the mafia by force.  Just think of Section 9 from Ghost in the Shell (don't forget to read Fenris' articles on the Stand Alone Complex series), or vigilantes with government fueled paychecks. 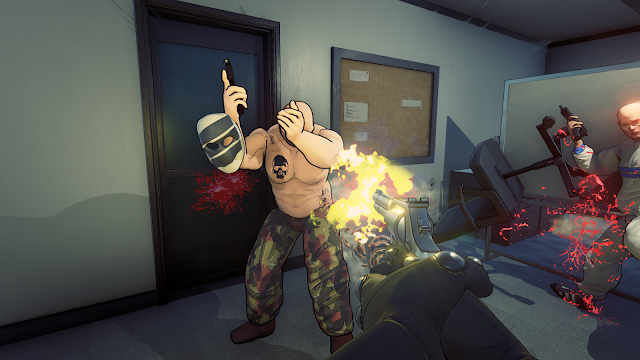 The gameplay in RICO is an FPS with balls to the walls action, where you burst in, shoot the baddies, complete as many missions as you can, and try to get out of there alive. You can either go solo or as a team (split-screen or online) with your friends and just cause utter chaos. It's not a very deep game, nor is it meant to be.  It's designed to be a playable action movie that you can just turn off your brain and play with a relaxed mind.

There's not many modes in this game, you get a quick game mode that generates a random level.  There's also a campaign mode and a daily challenge mode.  There may not be much but it is more than enough and doesn't feel like it is lacking any modes.

The campaign mode feels more like an arcade mode.  You've gotta beat all of the levels and there are many different and branching paths to complete your special case.  It's a fun mode to play but not easy to beat and you'll really need to be careful with your health and ammo.  Yup, they don't auto-regenerate after you have beaten a stage, you'll need to buy your items or find them in the levels.  Weapon upgrades can also be bought in-between levels and you're going to need all of the gear that you can.  Once you die in the game, it's game over and you'll need to start the game all over again.

Yeah, it has some rogue-like elements but I wouldn't call this game an overall rogue-like.  It just takes the random generation elements and that's it.  The missions that can be completed in the levels are simple stuff like getting a certain amount of kills by killing the baddies in a certain way, collecting evidence, and defusing huge ass bombs.  Completing these will earn you money, so they are vital.  Completing the bonus missions were fun for a little bit but they get tedious and repetitive very quickly.

Doesn't take much to learn how to play this game.  If you've played an FPS before, you'll know how to play this game.  The only real unique moves in this games are kicking down doors and a very awesome slide attack.  You will also go into a super stylish slow-mo mode when you enter a new room full a baddies.  This gives you a great opportunity to wipe out the room before they can get a shot in on you.  Like it matters anyway, the bad guys are super dumb and have the aim of a Stormtrooper from Star Wars.  Doesn't mean that this game is easy to beat.  The bad guys get stronger the deeper into the game.

Yup, this game is super fun, but only for a few hours.  After that, the game becomes predictable and repetitive to the point of boredom.  I just got sick of raiding rooms and shooting at one-dimensional bad guys that have no character what so ever. 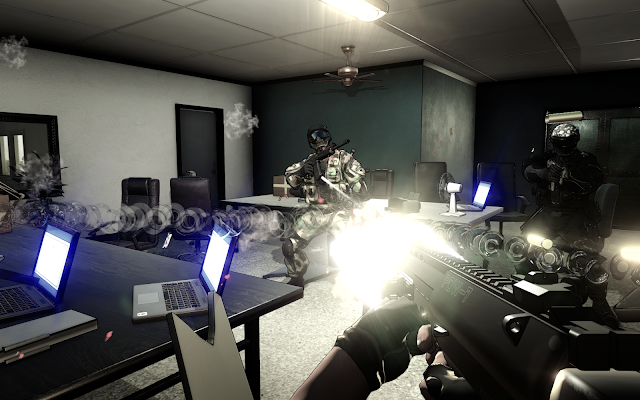 The graphics aren't that great.  They look like something from a bad college project from someone using Unity for the first time.  The characters are dull and lifeless and the levels look very mundane.  I didn't hate them though.  There's some weird charm with the graphics, much like watching a bad b-movie from the 1980's.  It's soooo bad that it's fun to look at. The sound in this game is ultra generic and didn't capture the same level of charm as the graphics.  Heck!  Some of the sounds in this game are just dumb, really, really dumb, for real. (Yes, that was a Bed Intruder reference).  Especially when it comes to the big bad grunts.  These big bad guys sound like Neanderthals that are just learning how to grunt for the first time. 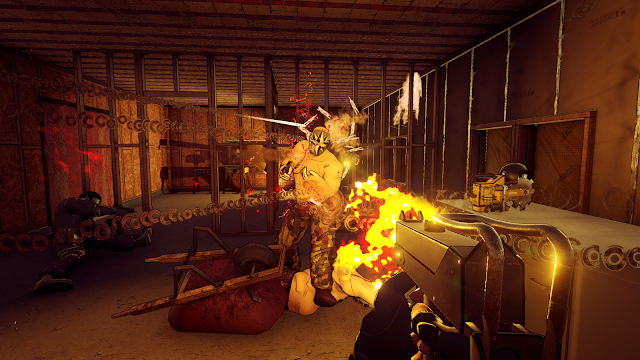 Overall, RICO is comparable to a buying sticks of gum to share.  You whip it out at a party, you all have fun with it for a short amount of time, then you spit is out into the bin after you've gotten sick of chewing on it.  Yeah, RICO is exactly like gum.  I'm giving this game a 5.9 out of 10. 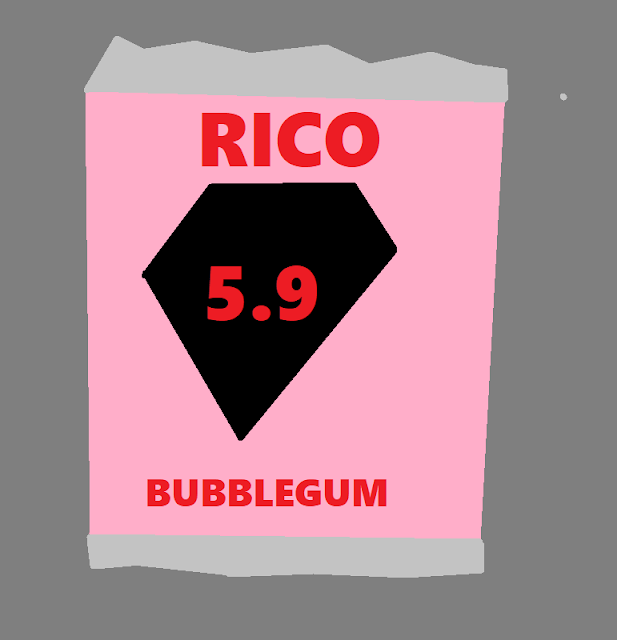