Borderlands Game of the Year (Remaster, Xbox One) Review

Still no rest for the wicked. Click "Read More" for my thoughts on the remaster for Borderlands. See you on Pandora, Vault Hunter.

Borderlands. If you haven't heard of this series, you've lived underneath a rock for almost a decade. With hype for the release of Borderlands 3 on the horizon, we're going to take a peek at the beginning of it, remastered with a shiny new paint job and quality of life changes. Don't forget to bring your Hellfire SMG because where we're going... We don't need no water. (I hope someone gets that.) 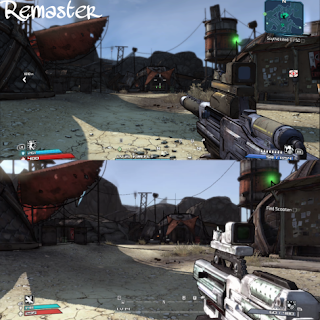 Story Synopsis: Fresh off the bus and boots down in Fyrestone, you're one of four Vault Hunters (Mordecai the Hunter, Lilith the Siren, Roland the Soldier, and Brick the Berserker) on the journey of a lifetime. In search for a mysterious vault filled with your wildest dreams, you loot and shoot your way through numerous locales upon the ravaged and savage planet of Pandora. Will you find the truth or be yet another casualty of a legend that's claimed so many? 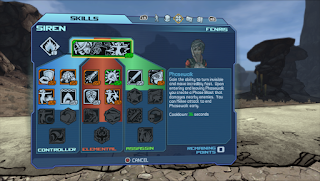 Gameplay: For veteran players of the Borderlands franchise, fans of loot focused games, and shooters in general- you're well acquainted with this formula. Do missions, shoot stuff, level up, get loot, shoot bigger stuff. Rinse, repeat. Gunplay is standard but what separates Borderlands from most FPS is the RPG type skill trees that each character has, giving each character a role to play in the up to four player squads you can form. Another large draw is the different guns (over 17,000,000 to be exact) you can acquire randomly as you grow in strength. All DLC has been added in this release as well, so there's that little bonus to keep you playing. 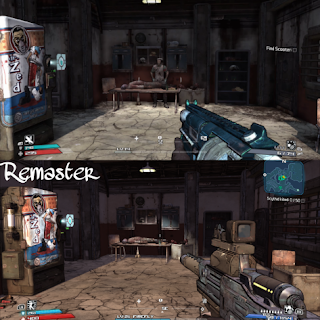 Graphics: As part of the post above, they've added 4K and HDR support on Xbox One X. While I own an Xbox One S and your run of the mill Vizio flatscreen from 2014- I do notice the significant changes in lighting and shadows, geometry and skyboxes, and textures in general as well as improved anti-aliasing, updated weapon meshes and textures, plus the re-encoded 4K cutscenes. Some of this is probably more noticeable on the X, but hey, it looks pretty damn good either way in comparison to it's original 2009 counterpart. 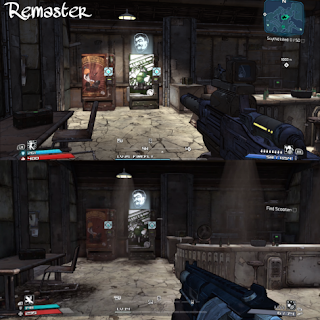 Sound: I don't have a whole lot to add here, I'll be honest. It sounds the same as it always has, which I'd definitely good and punchy. My only real gripe is the fact they appear to have changed the sound effect for Echo recordings/voice overs? Maybe? Other than that, sounds like the same old Borderlands.

Final Thoughts: If you've played Borderlands before, this is the same game with new paint plus bells and whistles attached. Would it warrant another purchase? It's only $30 US dollars. It's not a bad investment if you're a big fan but if you're a one and done type of person, you don't necessarily need to make the leap. If you're a only a physical collector, I'd highly recommend passing this because physical copies only came out in the US (GameStop) and Canada (EB Games) in limited quantities. They fetch a big price on eBay right now, being up charged to $50 US dollars or more.However! If you're new to the series and wanna hop on the hype train to Borderlands 3, I'd heavily recommend it. You'll have a great time alone or with friends. 8/10 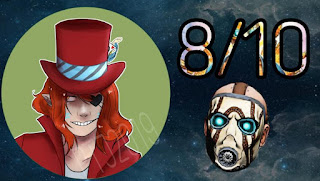 Posted by FenrisTheRogue at 1:37 PM