Can Sonic Frontiers Learn From Past Titles? 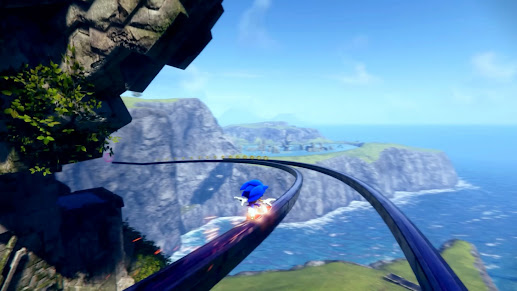 Today there has been new gameplay footage shared from Sonic Frontiers, Sega's newest Sonic game, and it looks great. A lot of fans have been hyped up to finally see some of the first bits of gameplay footage after months of frustrating rumours and supposed leaks from Sonic fansites desperate for attention and no real news at all. Thankfully, or hopefully, a lot of the rumours and leaks can be put to rest, once we learn more about what Sonic Frontiers will be like from the actual source rather than known or unknown clickbait users from sites like Youtube or 4Chan.
IGN are also planning to share some more gameplay details about Sonic Frontiers in a few hours time on June 2nd. I am looking forward to checking it out and seeing the real news from the actual source and what Frontiers has to offer.
Debut gameplay teaser trailer of Sonic Frontiers.
Sonic Frontiers certainly does look great. The game looks like they're going back to the roots of Sonic Adventure in a new style similar to Zelda Breath Of The Wild and Xenoblade Chronicles. While Frontiers may look great, Sega should hopefully have learned from past mistakes. Several of the more recent Sonic games in the past haven't fared well in the 3D era, putting that lightly. Games have been either too linear or aimed at only a younger audience. I made an article about this specific issue earlier last month, but hopefully they look like they are doing the right thing with Frontiers, and making it accessible and enjoyable for everybody.
We haven't really had an 'open world' game at all for Sonic, specially not since Sonic Adventure, so this is a huge deal for fans right now. I also hope there will be no boost. Boost games are annoying. It looks like there will be new forms of combat and running so I do look forward to checking out more news of the game.
However, it's still acceptable to be cautious about the new title, considering Sega's track record as of late. Frontiers does still give us hope.
IGN will host the world premiere of Sonic Frontiers on June 2. Will you be tuning in to watch? You can check it out here.
Posted by Cameron1391 at 5:59 AM