Sonic Team sure have a reputation..The past couple of years they have released shoddy Sonic game after shoddy Sonic game. However, there is one major problem that we're seeing over and over again. Let's call this the Younger Audience Paradox. We've heard it many times before, whenever a new Sonic game comes out, team director Takashi Iizuka states that the aim of the audience is for young fans, or new fans. Fans who have not known about Sonic before. It's fine to cater to younger audiences once in a while, but lately this has been happening too much, probably since the last decade. And i'm worried the same will happen to the next Sonic game, Sonic Frontiers. 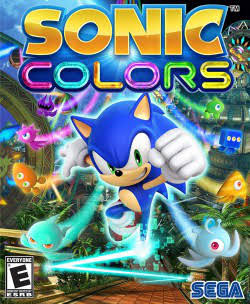 Since the mid 2010's, Sonic games have either been a hit or miss, moreso a miss. because of either the lack of quality or Sega & Sonic Team rushing the games out of a deadline within a year's time frame. We had multiple Sonic games released year after year at one stage. Of course Sega don't do this anymore, and have apparently learned from their mistakes, but how can we tell especially if we are yet to see any gameplay footage for Sonic Frontiers. However, things may change in about a month or so as we usually get some new exciting announcements around Sonic's birthday on the 23rd of June.
Sonic Frontiers can make or break Sonic Team and I am sure they also know this. Too many times have they been releasing lackluster content over the years despite the few odd good ones such as Sonic Unleashed, Sonic Generations, etc. But there is one problem. Iizuka's quest to always cater to younger or new fans. It's fine as Sonic games are meant for a young audience. But there are problems with this. Most of the Sonic fans have grown up with the franchise are now as old as Sonic himself. In our mid 30s. We still love playing Sonic games because that's what we grew up on and are always wanting a fresh and new experience. It's fine, but when the exclusivety of the audience is meant to be for young fans, this can cause problems.
The game developers can scrap past game and level designs to make the newer Sonic games too easy or too linear. Take Team Sonic Racing for example, or Sonic Colours. Sonic Colours was incredibly linear, and a step down from past adventure games because for a start it was too linear or had automated running levels. 2019's Team Sonic Racing spinoff game, was another goal at aiming for a younger audience so they made the game really easy and there is pretty much no replay value in it at all after you've played it once. There are no extra modes and Story mode is optional.
The last Sonic game for a long time would be 2017's Sonic Mania and Sonic Forces. Sonic Mania was a huge success while Sonic Forces, although deemed a commercial success by Sega, was not recieved well by fans, many complaining that it's poor story and level design, writing and very quick playtime of just under 2 hours was too short for a Sonic game. Forces was made to try to appeal to a younger audience so the game would be easy, but Mania was more of a success, in fact one of the most successful Sonic games in the past 15 years because it was not only not developed by Sonic Team, but also aiming for the older Sonic fans who grew up in the 2D era of gaming.
Not all 3D Sonic games are bad, for example, Sonic Adventure and Sonic Adventure 2 were one of the best recieved 3D Sonic games of all time. Sonic Heroes showed moderate success but people criticized its story and writing but praised the levels, music and gameplay. It would be very different from the latter two titles and would forever change the way Sonic games work. Sonic Heroes was also meant for a younger audience and was the start of this craze. Sonic Team continue to pull this ambition off every game. It's getting a bit tedious.
Sega have been tight lipped about Frontiers for a long time now, and I think in order for the game to succeed, it must be aimed at an enjoyable gameplay experience for everyone, not exclusively for young audiences.
I was playing Xenoblade Chronicles on Switch the other day and while I was enjoying the game I said to myself, "Why can't Sonic Team make a Sonic game like thsi?" it only takes Nintendo a couple of years to develop a Xenoblade Chronicles game, they're big open world adventure RPG games,  with wonderful lush environments and great story. It isn't impossible for future Sonic games to be like this. That's what I want Sonic Frontiers to be like. I want it to be like something that came out of Xenoblade Chronicles / Breath Of The Wild. I think Sonic Team can make a great game like this if they try.
Sonic Frontiers is the last chance for them, I think. So the pressure is on. I think they have a right to be secretive about this game. I am wanting it to be very good. I hope it will change the direction of the way Sega and Sonic Team design the Sonic games in the future. Sonic shouldn't just be for the younger fans, but it should be for everybody.
Posted by Cameron1391 at 8:54 PM