This is a total fanboy countdown, but one I still think people have talked about. The first 5 episodes of Shenmue The Animation covered the events of the first game Shenmue for Sega Dreamcast. Naturally, this meant a lot of stuff had to be cut out. For the most part, the anime does a great job of re-pacing the story so that multiple things can happen at once and a lot of unimportant things were at least referenced. However, there had to be some things from the game left out for the sake of better story telling. While I am not here to debate how right or wrong it was to exclude what they did, I am here to count down the 5 pieces of content cut that stood out to me the most. Click "read more" for the countdown. 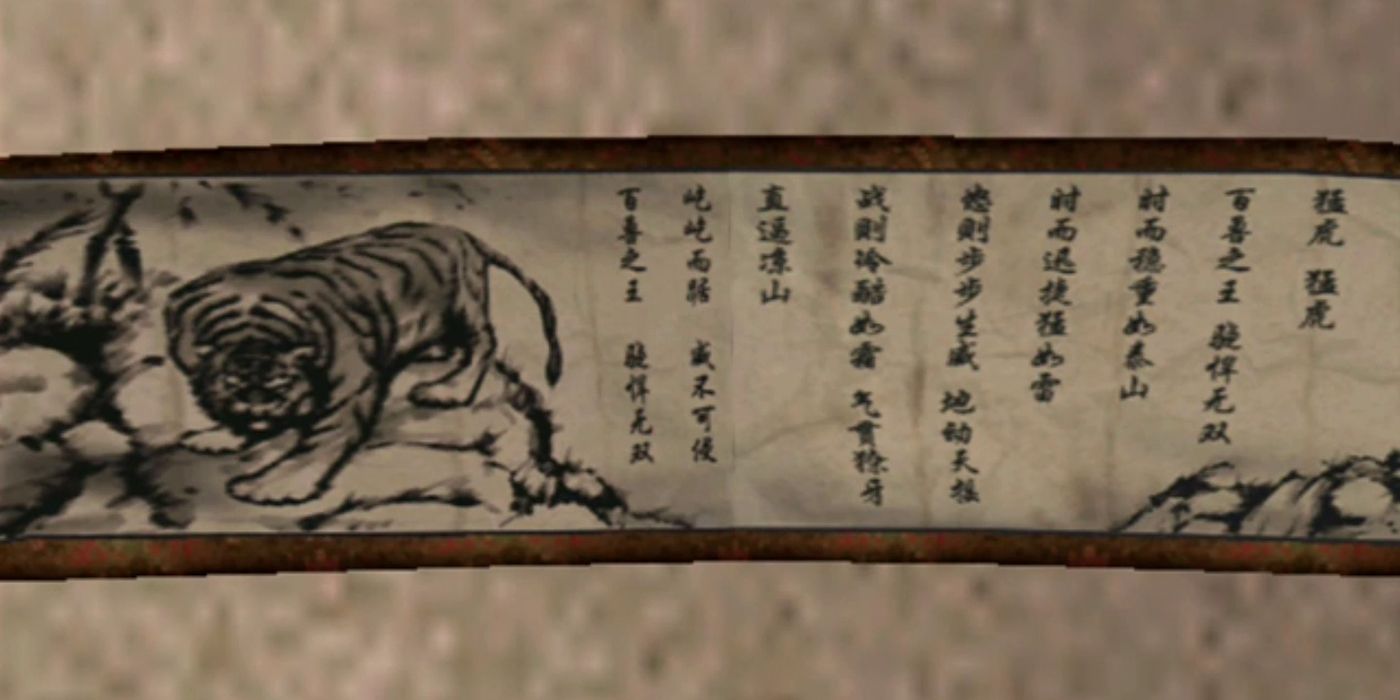 While many hidden items and move scrolls were not in the anime, this one stands out. Hidden behind the sign in Ryo's Dojo, there is a scroll in Chinese. Ryo can have it translated to read as follow:
"Oh fierce tiger. Thou are ruler of the forest, the bravest of character. As tranquil as the most majestic of mountains. As swift as a bolt of lightning. As violent as an earthquake jolting the great earth. Show no mercy, with twin fangs strike, and rush up Moon Mountain. Striking fear in all, nary a soul challenge thee."
A poem used to teach martial arts that is written in code. Only the original master could understand it. This master was not ever featured in the games. The scroll remained in the players inventory in the second game but was still not deciphered. Sadly, with the anime not including it, this may be a mystery we never get to know the answer too. But, most likely, it was originally going to be a powerful move that was only obtainable by transferring save data to future games.

An even more mysterious item is the white leaf that Ryo finds in his Father's secret basement that appears to hold mementos from his travels in China. With this item all we can do is guess; I presume that this was from an area that had a lot of white leaves that Ryo's Father visited and wanted to remember because of some significant event that happened. What and where that is, no one but Yu Suzuki knows. Maybe Matpat will help us one day. 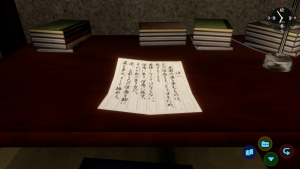 In Ryo's Father's room (Iwao) there is a note to Ryo that one last piece of advice on living life and having convictions. If you interact with it at the beginning of the game then a cutscene even plays with it. This one I really do not understand why it was not included. The last two can be assumed for pacing reasons, but this could have a very emotional scene in the anime, especially at the beginning when Ryo can conflicted on what to do. Such a waste. 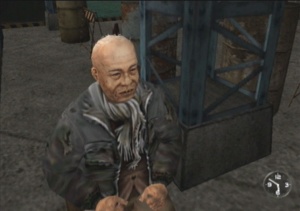 Shozo Mizuki, a homeless man who lives at the harbor that gives Ryo information during specific parts of his quest and even teaches him up to 3 martial arts moves. While a lot of characters that gave Ryo information did not get nearly the screen time as their game versions, they all at least got cameo appearances. All, except for this old man. Any important contribution he made was given to Goro instead. It really feels odd to me that this is the one supporting character that never even got to appear in the background of any scene. I remembered this character very well from when I first played the game as a kid, even if it took me a long time to learn his name. 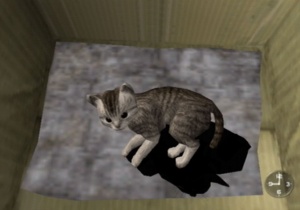 The biggest optional activity to do in the first game is help look after an orphaned kitten whose mom got run over by the car being driven by Ryo's Dad's killers. Continuing to interact with the cat and bring it food can lead to more cutscenes and a full story for this cats road to recovery. (Yes, the methods these kids use to take care of the cat are considered outdated and dangerous, mainly leaving it un-supervised in a box for long periods of time. But, the community to friendly enough and several people help out so, let's leave that debate for later.)
This cat does sort of make it into the anime, as a picture in the credits sequence. If that even counts as it is not really confirmed that those two cats are the same. 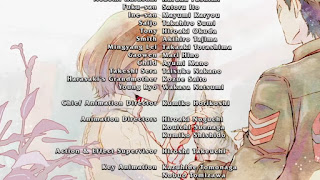 There was no way they could include the cat plotline as it would have taken too much time and was not really important to the overall story. Still, anyone who has played the first game enough will think about the kitten. Mimi, Tama, or Chibi. Meow!
Those were my picks for the top 5 most noticeable things from Shenmue 1 that did not make it into the anime. When I finish the anime's first season I will do the same thing for Shenmue 2. But, for now I will just say that despite everything that had to be cut or condensed, the anime tells the story great and arguably does it better than the game as a whole. Thanks for reading my countdown, leave a comment with something you would have added to the list if you like. Till next time, this is Cendoo the Ghost Ranger, signing off.
Posted by Cendoo at 12:00 AM