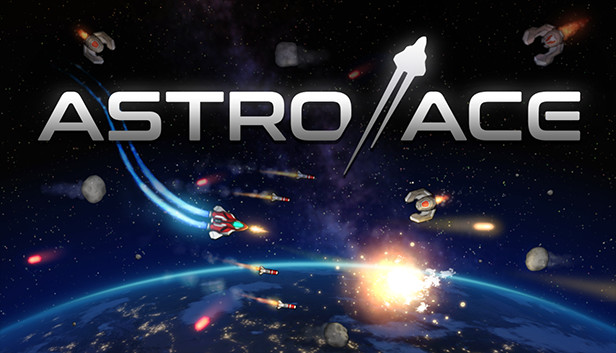 Ever thought the old school arcade game Astroids needed an updated reboot? Well here it is. Click "read more" for my review of it.

The game is very simple, it is a more modern take on the classic arcade game Asteroids. 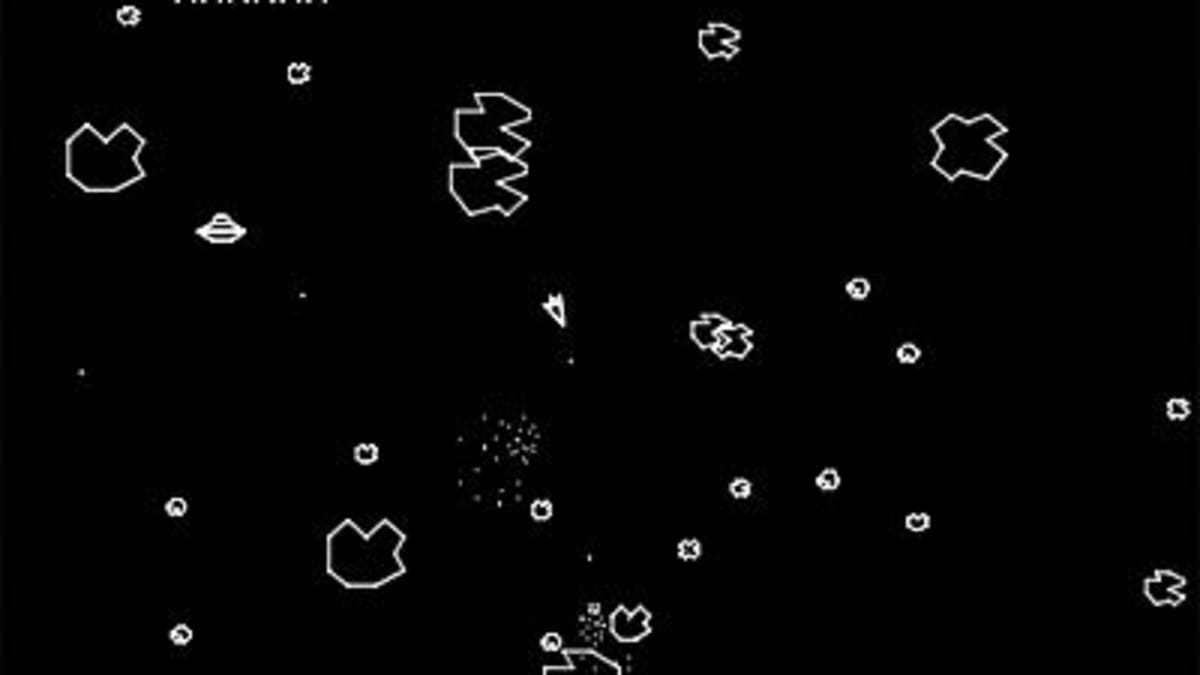 You control one space ship and try to get points by shooting down asteroids and enemy space ships. Flying off screen is an instant death and different ships can survive different numbers of hits from enemies. 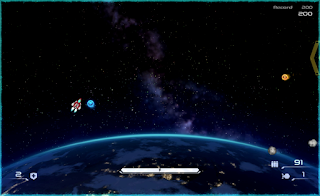 You have limited ammo and a meter that is used for boosting and breaking. Power ups and more ammo can be collected from defeated enemies, cargo ships, and from random spawns. These power ups arrange from different weapons, bonus points, and increases in ranger, ammo, and damage. Some power ups can be made permanent by equipping them in the hanger after they are unlocked. These unlockable power ups are earned by reaching certain levels after a specific amount of points are earned along with different ships. By using the same ship enough times you can unlock different colors for it. Finally, points are earned by shooting down enemies or flying past them while just barely avoiding touching them. 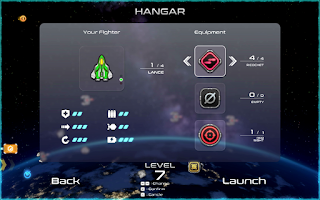 The game gets more difficult the higher level and the level does not reset no matter how many times you die. There is a high score for each run, but every score gets added to your total.
This game is extremely simple to pick up and play. Controls are like tank controls; the ship is always moving forward and you steer it left and right rather than simply moving the analog stick or arrows in the direction you want to go. Boosting moves you forward faster and breaks let you stop for a moment. 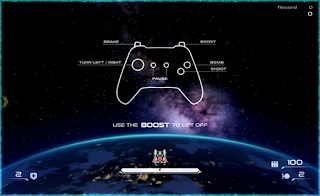 Not much else to say really. It is a very straight forward game with what it wants to do, pretty fun but nothing amazing. There is only one screen that never changes besides the types/quantity of enemies on it and the differences between each ship are not world changing but different enough to match a preferred play style. The big ship can take more hits but is harder to avoid being hit, smaller ones either have more boost or more ammo. One issue is that in the hanger it does not show how strong each weapon is nor does it have any description of things you can equip. Most of them are self explanatory, but only some weapons can one shot small enemies without power ups, some have auto fire and some do not and it requires trial and error to find out which is which with a few of them. A nit pick, but a noticeable flaw.
Overall, gameplay is updated Asteroids. 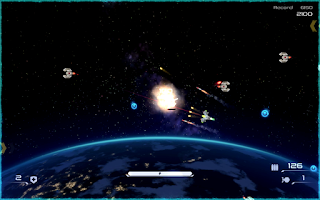 The sound effects and music are all good, but there is not a lot of either. There is one main background song that plays during gameplay, which is really catchy, and a quirky one that plays in the menu's.
Sounds effects are all stock explosions, laser, or guns, but everything fits the way you would expect it. No complaints in the audio department, it did what it needed to.
Funny enough, they took those 2 tracks, made 2 versions of each one and actually released a soundtrack for this game on Steam. $1 for 4 tracks.

Visually, this game has nice looking graphics but does the bare minimum with them. Ships are just different shapes and colors, and while there is a fair variety of enemies as the levels progress, they are far from creative.
However, the weapon animations are pretty cool. Upgrading them makes the shots bigger and cover more area and any gun that can do chain electrical damage looks good when linked to an enemy. 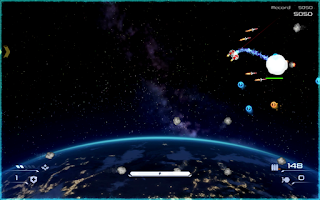 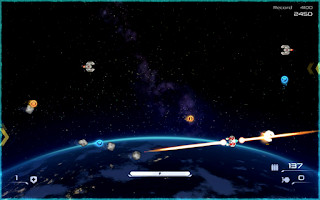 There is only the one screen in the gameplay, but at least the background is animated and not just a still image. To summarize, the game is a nice looking space shooter; cool but common.

Astro Ace feels like a passion project from someone who was a fan of Asteroids and wanted to bring that series further. It is fun for casual play and high score challenges, but more of a novelty play with no long term commitments. Hard to really criticize it, if someone asked me what a new Asteroids game would be than this is pretty much what I would have imagined. I would have liked to see some boss battles, different environments, and a co-op mode. But, for what the game is, it's not bad, but amazing, but fun enough to justify the $3 asking price if you are into these types of old school high score challenges.
Writing - n/a
Gameplay - 7/10
Audio - 4/5
Presentation - 3/5