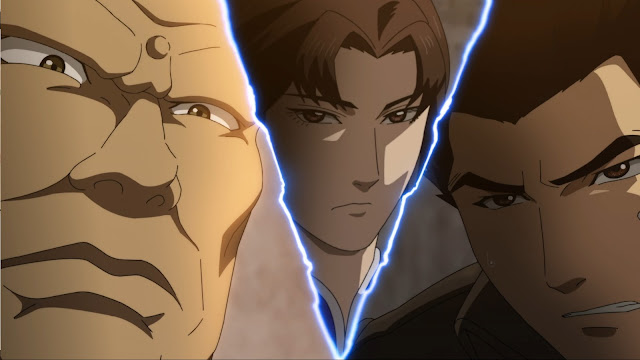 We have reached the final 4 episodes of what I hope is for only the first season and not the entire anime. What I am predicting based on my knowledge of the games, Ryo has finished his business in Hong Kong and we are moving onto the Kowloon Saga. How will this be adapted? Click "read more" for my analysis.

We begin this episode with a short Shenhua story. For the first time, we get to see her Dad who is a stonecutter. 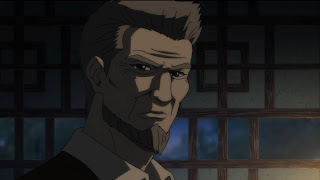 He tells Shenhua that he is doing a job that is very important and will not be returning for some time. Shenhua simply says she will bring him his food when it is ready and sees him off. Cut to theme song.
Anyone who has seen the ending of Shenmue 2 will know what this is foreshadowing.
One intro sequence later, Wong leads Ryo to Ren who is waiting for him. After some back and forth about what their next moves will be, Ren leads Ryo to an Herbal Shop in Kowloon to speak with a man named Yang who used to work for Yuanda Zhu. 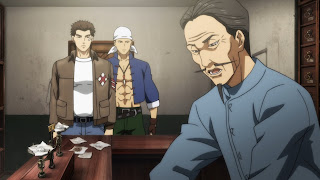 The anime didn't actually say they went to Kowloon, I just know that is where the Herb shop is. There was just a plane transition to imply they traveled.
Ryo shows Yang the letter he has from Yuanda Zhu and Yang says he will arrange a meeting for him. He is instructed to find a man in a black suit and tell him "Dragons Don't Sleep" and then he will be guided to Yuanda Zhu. Unfortunately, this is a trap set up by the Yellow Head leader Dou Niu who is actually waiting for them. He is a giant heavy set man who can easily out muscle Ryo and Ren. Dou Niu knocks out both Ryo and Ren and locks them up for future interrogation. 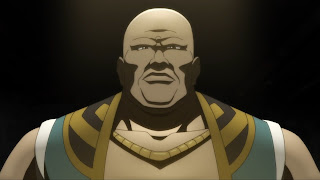 After the two regain consciousness, Ren tells Ryo about Dou Niu and gives the backstory about the Yellow Heads. Originally, they were a group of bodyguards who did the dirty work for a group that controlled all the casino's in Hong Kong called the White Thai. However, 10 years ago the Yellow Heads arranged it so that the White Thai lost all power and they took over. Now, they are a large criminal organization that operate in Kowloon lead by Dou Niu.
This is story we did not get in the games. I love it.
Ryo and Ren are handcuffed together and argue a little before figuring out a plan to escape. Ren tells the guard that Ryo is dying to get him to open the door and the two of them both punch the guard knocking him out. Sadly, the guard does not have the key for the cuffs and the noise alerted the other Yellow Heads. The two of them fight their way to the roof of the building while still handcuffed and rest outside while they can. 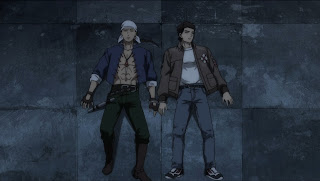 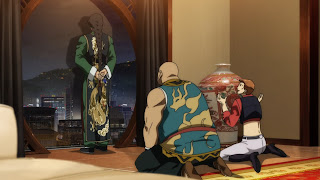 Yuan is the second in command of the Yellow Heads. Possibly only because he is the lover of Dou Niu.
While trying to escape the building, Ryo and Ren run into Yuan who tries to stop them with a knife. But, even cuffed, Yuan is easily outmatched by the two; this is when Dou Niu arrives from another elevator and is furious to see his lover hurt. Now, Ryo and Ren run for their lives with Dou Niu chasing.
I would wonder why they were on separate elevators, but Dou Niu probably needed the place.
Ren and Ryo reach an emergency exit, only to find it is a dead end because the stairs are destroyed. With no where left to run, their only hope is to jump to the next building, a jump they barely make. Finally free, Dou Niu rages vowing they will never escape him. 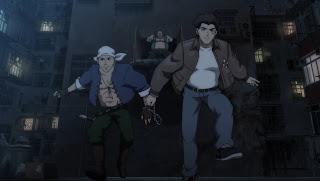 Back at Ren's hideout, Wong picks the locks on the handcuffs freeing Ren and Ryo. Joy is also their to call the two stupid. But, this argument can wait because the two of them need to pay Yang a visit for setting them up. 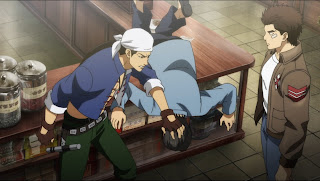 After some interrogating, Yang swears he does not know where Yuanda Zhu is but that Huang the Wiretapper may have some leads. Ren leads Ryo to Huang's apartment. Once their, they find a trashcan full of cassette tapes that all contain recordings or phone calls. Ryo decides to listen to all of them to find clues.
From one of the tapes, Ryo learns that Zhang has been captured by Yuan as well and moves to find him. Ren warns Ryo that if he continues to look for Yuanda Zhu then he will be going up against not only the Yellow Heads but one of the biggest Chinese Cartels' there is, but Ryo does not care. He is determined to find out the truth behind his Father's murder and is willing to take on anyone who gets in his way.
Thanks to the tape, Ryo and Ren know that Yuan owns a bird and are able to find him at a bird shop. They follow him home secretly. Once their, they find Zhang after knocking out Yuan, but Dou Niu arrives at the apartment. Luckily, they manage to trap him in the closest by having Yuan's bird say "hide in the closet" and make their escape with Zhang. 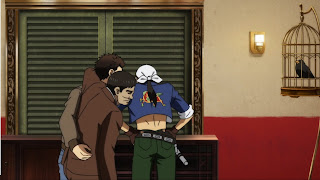 Kowloon has a lot less that needs cut out.
Zhang was able to make contact with Yuanda Zhu and tells Ryo & Ren that he is hiding in the Ghost Hall Building. Time is not on their side so Ren has Zhang sheltered at their base while the two of them rush to the Ghost Hall Building. Before they leave, Zhang gives Ryo 4 keys that look like the 4 Heavenly Beasts. 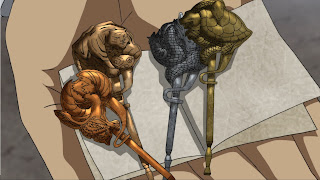 He only gave you one of them in the games and left you to find the rest. I feel cheated now.
The 4 keys unlock a series of secret passages within the Ghost Hall Building that eventually leads the two to Yuanda Zhu. No balancing on wooden planks, this Ryo had a much cooler journey. 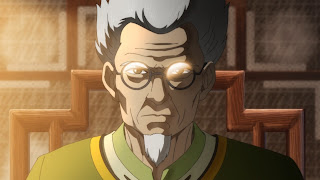 Side note, whoever does Zhu's voice for the English Dub sounds way to young for the role.
This is when things take a turn for the worse; Yuan Dou Niu and some Yellow Head grunts appear as they were somehow able to follow Ryo and Ren to Zhu's location.
Never made sense in the games how they were able to reach Yuanda Zhu's location unnoticed. Makes even less sense in the anime.
Ren jumps out the window and Ryo gets knocked out of it by Dou Niu. The situation looks grim for Ryo when Xiuying appears to the rescue just as the episode ends. I really hope they show what happens, Xiuying's attack on Dou Niu happened offscreen in the games.

This episode was almost the entire Kowloon saga in one and it did not feel rushed at all. Again, I will point out that the anime never specified that Ryo and Ren went to Kowloon or that they even left Hong Kong other than using an implying it with an airplane transition, but that does not matter much in this context. Honestly, I should not still be impressed at this point because the anime has continued to do a great job with fitting a lot into a short time without hurting the pacing, but it keeps on doing great. So, yes I really liked this episode and it was a great advancement to the story. 5/5
Posted by Cendoo at 10:09 AM