Any Decent Games coming out within the next week? Maybe I can point a few out.

Well, here we go again, another 3D anime arena fighter. Similar looking to the recent Naruto and Dragon Ball games, now Saitama gets a turn. Personally, I've actually really enjoyed those recent arena fighters and this one looks to follow the story of the anime that will include Saitama's overwhelming strength. However, a "dream Saitama" is also playable so he can fight on equal grounds with others. Got to say, I think this one will be great.

Not to be confused with the 2002 Horror thriller, we have a cartoony detective puzzle game. Solve number puzzles in order to unlock clues for whatever case you are trying to solve. These clues can also be used to help interrogate suspects. Sounds like taking a simple number game and going crazy with it. I can see people getting super addicted to these types of games, but the attention doesn't often last long. 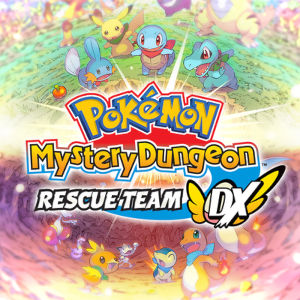 A remake of Mystery Dungeon Red/Blue Rescue Team. Amazing, the second Pokemon remake on the switch and it is still not Diamond/Pearl. I have never played the Mystery Dungeon games, but it is obvious this will be a heavily talked about title, especially after release. I'm going to make a few predictions.No doubt, there will be a prize Pokemon that can transfer to Sword/Shield. However, I have a feeling it will be more than just an egg this time.

Those are my picks this week. Hope these titles turn out well. Until next week, peace out.
Posted by Cendoo at 12:00 AM