6 Times Power Rangers and Super Sentai Referenced Each other


This is a strange countdown but a topic I have a lot of fun with. Both shows are fully aware of each others existence (obviously) and here are a few moments that only fans of both shows would most likely pick up on.


Just for consistency, let's do 3 times from both shows. 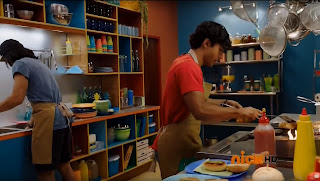 Episode 3: A Fool's Hour. This is a very subtle reference the Red Ranger did for their sentai counterpart. Even I didn't notice it at first. While grilling some burgers, he was humming the theme song to Kyouruger. Small little nods like this are something I always found charming. 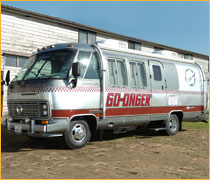 Episode 14: Embodied. This is amazing, Engine Sentai Go-Onger's main vehicle, Ginjiro, made it into RPM with the same name on the side and everything. They even gave it an acronym, Ground Outdoor Operational Network General-Purpose Explorational Rover. The Ginjro was where the Go-Ongers slept and their main means of transportation in the Sentai. Now, in Power Rangers, a "multi-terrain attack and surveillance vehicle". Now, I absolutely love fan-service like this. Not only a nod to Sentai but something that works just fine without recognizing the reference.
. 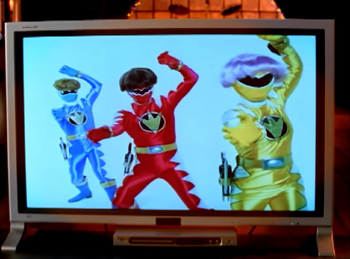 Episode 19: Lost in Translation. This is easily the most obvious and most famous reference, so it had to be number 1. Technically, this isn't a reference but a tribute, but it is still worth talking about. A whole episode of Dino Thunder they spent watching the 10th episode of Aberangers. Not directly though, every weapon/ranger name in Aberangers is changer to match their Power Rangers', a lot of footage was cut from Aberangers and it was given a pretty crude dub. It's actually funny how Conner at first doesn't like the show for being a mockery of them. If only they watched one of the more serious episodes of Aberangers then they'd realize who mocks who.

This is actually a controversial episode. While some Sentai fans apreciated the Sentai spotlight, a lot of people didn't like that is made Super Sentai look like it was based on Power Rangers when the reverse is true, as well as the lousy dub quality. Regardless of anything, this is an episode that will never be forgotten by the fanbase.

From subtle to very direct. Not many references throughout the years but they are there if you look.

Super Megaforce adapted Gokaiger which had the power to use all previous 34 Super Sentai forms. When Power Rangers adapted this, they kept several scenes that included suits that were never used in Power Rangers. Sadly, this was not meant as a reference to Super Sentai but was just bad writing and lazy editing so I cannot give them credit for it.

#3: Gokaiger Use of an RPM Attack 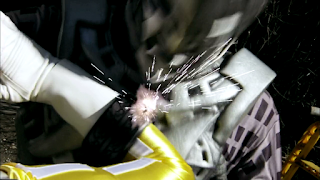 Episode 5: Judgement Pirates. This is something you wouldn't think about without having knowledge of both Go-onger and RPM. On this episode, the Gokaigers use the Go-onger powers and Luka uses an attack where the arm strap spins around like a tire and damages an enemy. This attack was used regularly in RPM but never in Go-onger making a nice quick and subtle nod which I appreciate. 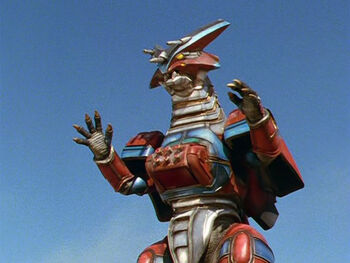 Episodes 43/44. A simple explanation, the name "zord" was created by Power Rangers as the Sentai series never called their mechas that. However, the villains did.  In Timeranger, one of the main villains created this giant robot dragon with King Ghidorah's roar and called it the G-Zord. Not bad. 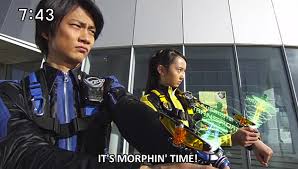 Tokumei Sentai Go-Busters has so many Power Ranger references that I will just include the season as a pick. First of all, their changers say "it's morphin time" in English whenever they henshin. Second, the enemies don't grow giant but instead have a separate giant enemy which are called Mega Zords. Third, the Rangers often take their helmet off while still in suits like the Power Rangers often do. (Granted Go-onger did that one before them.) Lastly, the main villain, Messiah, is a computer virus very similar to RPM's Venjix virus. These are all re-occuring too so, thank you.

Subtle, simple, and a whole seasons worth. It is nice to see Japan doesn't dislike what we did with their franchise. Although, I suppose the fact that Power Rangers has Japanese dubs was enough proof of that. 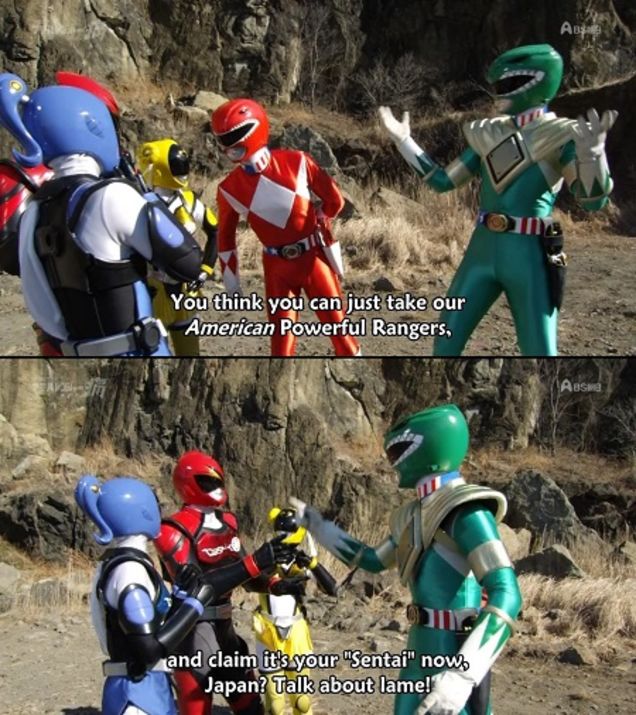 The Akibarangers meet different versions of Geki and Burai that mock our Tommy and Jason with American flag colors added to them. I absolutely love this routine from Akibaranger. But, I cannot include it on the list for two reasons. First off, this isn't a reference it is a bit that is making fun of the two fan-bases for both shows because they are always arguing about which one is better. Secondly, Akibarangers isn't part of the official Super Sentai timeline, it's a spoof spin-off series. Their full title is Unoffical Sentai Akibarangers. Regardless, I cannot resist showing this bit off.

Thank you for reading my lists. I hope to hear your thoughts on this topic. Until then, this is Red Diamond of Emerald Rangers, signing out.
Posted by Cendoo at 3:02 AM