Honorable mentions: Any season that wasn't mentioned in this list. Yes I love them all. 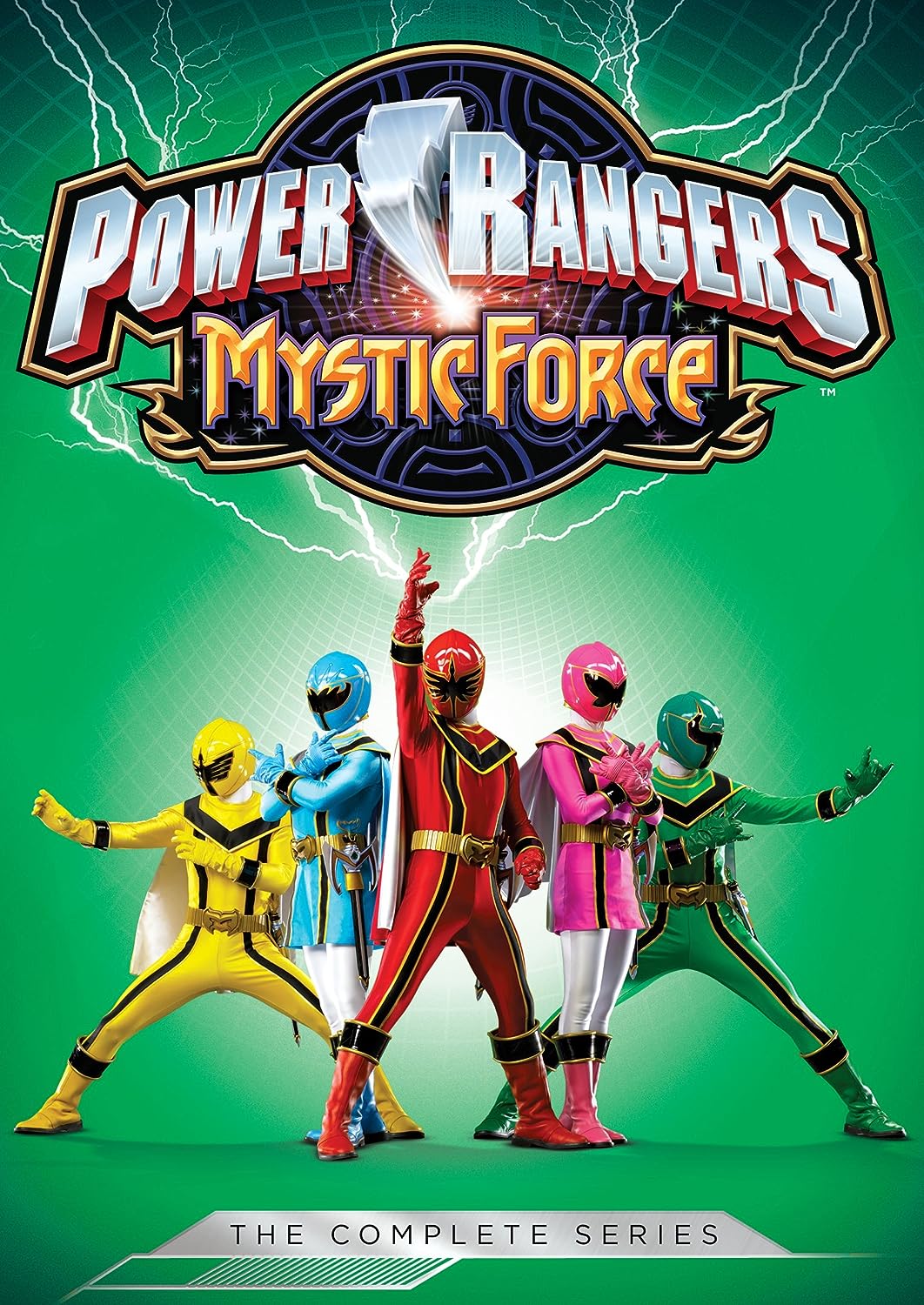 I am the ultimate minority on this pick because a lot people seem to hate this season. Honestly, I can't see why. Mystic force had some of the most human and likable characters that took place in a modern time but kept with its magic/mythical Sentai roots just fine. Xander is probably my favorite green ranger because of his personality and struggles. The sisters have that classic opposite personality routine going and the only pink ranger to say "I hate pink". Charlie is a goofball, but has his moments. Nick, is a little over-serious even for a red ranger, but he has one of the better story arcs for any ranger. While I do know this type of writing is not for everyone, I still do not think this season is worth its infamous reputation. 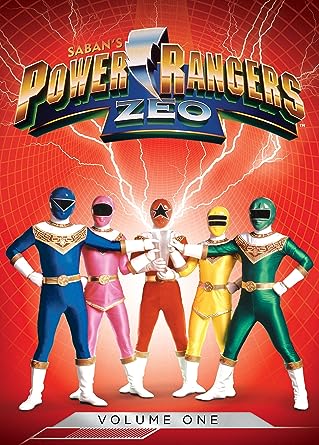 After the rapid changes of theme and writing that came from the second and third season of MMPR and the less then interesting Alien Rangers, Zeo was a nice calm throwback to the roots. Tommy is back as the Red Ranger, (in his least favorite costume). Tonya makes a debut replacing Aisha as the yellow ranger, other than that the rest of the last MMPR cast stays. Billy is no longer a ranger but plays a supportive role in the command center helping Alpha which is a first and only for a ranger. Bulk and Skull are back as policemen later turned detectives. Even the original Red Ranger, Jason, returns as the 6th Gold Ranger. If you were a fan of season 1 MMPR you will enjoy this season, even if there isn't much standout factor in it. 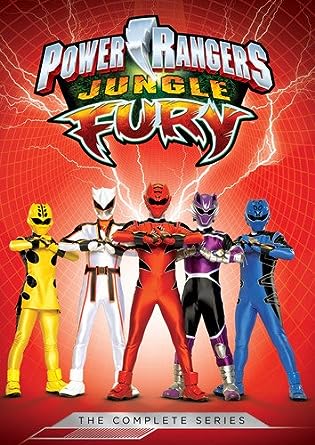 This is an unexpected choice, but a surprisingly solid season.
It was short season and the martial arts theme was pretty basic, but there was lot of likable characters simple yet enjoyable writing. A mentor/teacher turns ranger, there was a decent love story between blue and yellow, and Kasey was probably one of the best Red Rangers we ever had. Kasey came in as the underdog, but gradually proved his worth as the leader and even put his life on the line to save someone that everyone else told him couldn't be saved and wasn't someone worth the effort of trying. It was one of the strongest moments for any red ranger in my opinion. Spirit Rangers were another memorable moment. Three rangers that didn't exist in Super Sentai which is effort worth seeing. 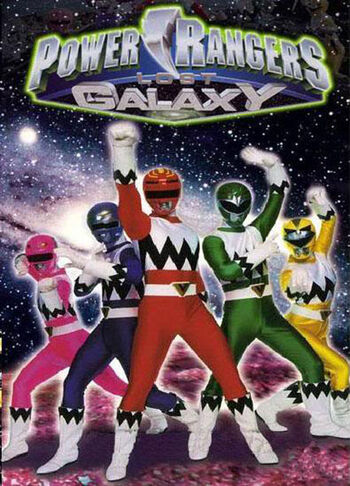 The last of the Zordon era (debatably) and the season with the highest on screen kill count, (not counting the monster of the week). When it seemed like In Space wrapped up the story nicely, this one actually continues it in a welcoming way, especially with Karone. A lot of drama, an enormous amount of original footage, the most catchy theme song, and an overall epic experience. To this date, the only on screen human ranger death. While this season does pick up from where in Space ended, with the new team and setting it stands on its own fine. 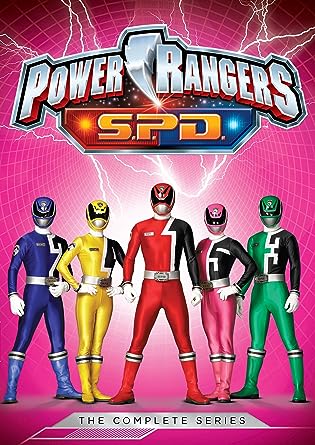 Space Patrol Delta, a super under appreciated season. Disney did not care about this franchise, gave them a small budget and a long list of restrictions, but this season fought through all that. There was really strong character arcs, an original team of rival rangers, and a lot of original costumes. Probably the most impressive thing about this season is the work behind the scenes. Major props to the executive producer Greg Aronowitz for his outstanding work on costumes and special effects. I highly recommend looking up an interview with his guy, he was constantly working on molds and fighting Disney on restrictions. Aside from looking nice, this season is just very well constructed, with the exception of being forced to re-use props from older Power Ranger seasons which sadly plagues this seasons reputation even to this day.

Of course my personal favorite season had to make the top 5. While most seasons are more about fantasy, this one (like SPD) took a more science and realist approach. Everything is explained properly. There is a team of scientist and mechanics that are always trying to improve the rangers arsenal, they actually show the rangers saving/evacuating citizens, and they even explain why the main villains are targeting a specific city and why they don't attack the rangers HQ. This is a season that did pretty much every little thing right. Both the rangers and supportive cast are strong characters. As a bonus, the 6th ranger is all american made as in he didn't exist in Super Sentai. Who also happens to be one of the coolest rangers ever made. 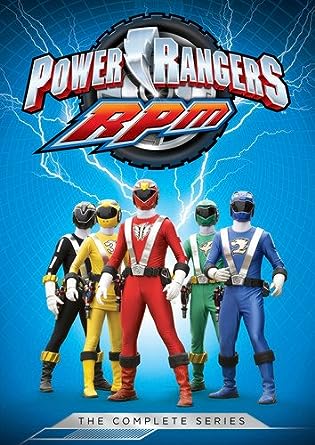 While I believe the entire Disney era of Power Rangers was very strong (except for Operation Overdrive), if I had to pick the best of that era it would be RPM. If I told you there was a season that was post-apocalypse, had a lot of serious & dramatic moments, but still had some of the funniest episodes in the series history, would you believe me? Well, you should because here it is. Even though this was one of the shorter 32 episode seasons, the great acting and writing, combined with the interesting setting makes this an easy recommendation for everyone. Even the cast is great and went on to star in other great, non-power ranger related, dramas. Shadow puppets! 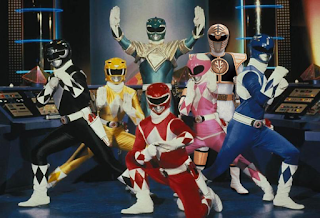 Of course the original had to be included. I don't think I need to explain the massive impact this team had and its explosive popularity. With 3 seasons, 145 episodes, and a changing cast, it is really hard to judge this incarnation as a whole. It would be a lie to say all of this incarnation was great, there were a lot of low moments. However, at the same time, there were plenty of great moments that no other season has reached. Consider this pick giving credit where it is due because no other season would be here if not for this one. While a casual viewer will be turned off by the huge amount of episodes, fans will always know and love this one. Is it blasphemy to put anything above the original? Well, I have good reasons.

This was a season that one probably wouldn't expect to be so great, but everything just came together and worked. Even a lot of the original cast (including Jason David Frank) lists this one as their favorite. Writing was great with impressive use of stock footage mixed with a lot of original footage that made this incarnation much better than its Sentai counterpart. The cast had some of the best chemistry on set to the point where they almost gave them a second season. Characters were all memorable, especially Jen who is the only pink ranger to ever be leader. Even the monsters of the week had a subtle lesson about prejudice behavior attached to them but wasn't over barring. While it did fall victim to 2001 censorship and they weren't able to do as much as they wanted, this is still a great season that I enjoy re-watching anytime. 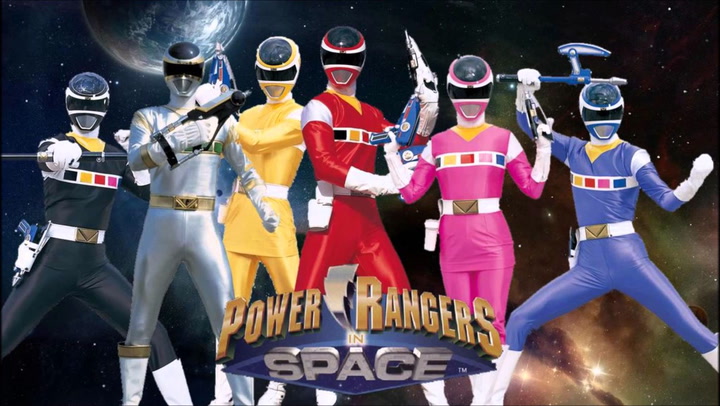 This is the big one, the season that saved the franchise. After Turbo under-performed, they were given one last season to wrap up the story of Power Rangers. But, after In Space became such a great success, Power Rangers got to live on. What happened? A really awesome season with 4 returning Turbo rangers and 2 new ones, a great setting that took the rangers to various planets, and a huge amount of fan service as every past threat with some new ones were present. From the beginning this season was intense because it picked up after the Turbo Rangers were defeated and left on a cliffhanger. There were no bad episodes. (With the exception of the TMNT crossover Shell Shock debatably.) Join the Rangers as they traveled across the galaxy trying to rescue the captured Zordon and struggle in a losing battle against the United Alliance of Evil. Even some of the most memorable villains are here like the Psycho Rangers. I can't stress enough how important this incarnation was for Power Rangers.

Those are my picks for the best incarnations of Power Rangers. I hope to hear yours someday. Until then, this is Cendoo the Red Diamond, signing off.
Posted by Cendoo at 12:00 AM