This season was a real let down in Power Rangers, but that's not the case in Super Sentai. What we have here is a season that took a step back from the constant serious and dark writing that the older Sentai were known for and focused more on comedy with a driving safety theme. Gekisou Sentai, or Racing Squadron. Yup, some even refer to this season as a spoof. So, let's click "read more" and take a look at the first episode.

Strangely, the episode begins with a mini preview and the cast reading their introduction in confused voices. Usually, I don't mention previews, but that was a good fourth wall joke. 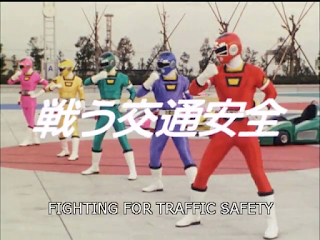 Anyway, the episode actually begins on a planet called Hazard that was once peaceful but was taken over and destroyed by our main villains the Universal Reckless Driving tribe, Bowzock. Bowzock steals all the treasure from planet Hazard then proceeds to blow it up.  If your planet is called "Hazard" you should really see this coming. 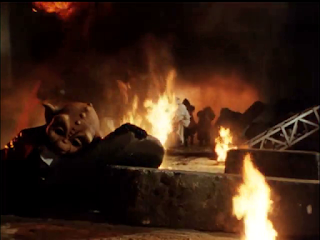 Now, the villains are celebrating their success at a bar. This is of course where we get the lineup for the main antagonists. With illustrations on a computer program for some reason.

The eye candy Zonnette. She likes to mess with hearts to get what she wants. Also, the one who chose Earth as Bowzock's next target.

Inventor Grotch. Pretty self explanatory. He is the smart one that builds stuff.

President Gynamo. The leader of Bowzock and targets Earth only because he is in love with Zonnette and she wanted it to blow up like fireworks. He has the power to make vehicles sentient.

Deputy Leader Zelmoda. Second in command. He summons this seasons footsoldiers, the Wumpers. Also, this season's swordsman villain who sometimes aids the monster on the week.

Choosing to attack Earth was the ultimate undoing of Bowzock because it allowed Dappu to find the Carrangers because he stowed away on their ship.

Dappu, a Hazardian and the last survivor of Planet Hazard. He is the keeper of Carmagic and the source of the Carranger's powers. He takes the role of the one who gathers the team and mentors them.

Finally, we arrive on Earth where it is time to introduce the Rangers for this season. They all run a car Garage called Pegasus. 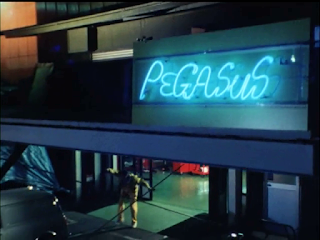 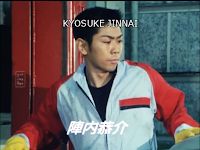 Kyosuke Jinnai - Red Racer and a car test driver at the Pegasus auto Garage. He has a story arc of turning from a selfish jerk into a concerned leader. 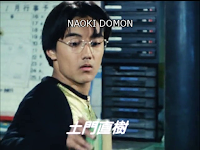 Naoki Domon - Blue Racer. The youngest and smartest of the group who works as a car designer at the Pegasus Garage. A very shy and humble young lad. 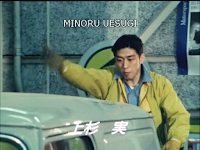 Minoru Uesugi - Green Racer and a bungling car salesman at the Pegasus auto Garage. The old man of the team being 24 years old. Seriously? x.x 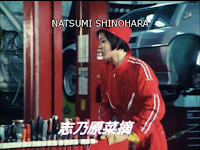 Natsumi Shinohara - Yellow Racer. A valuable employee at the Pegasus Garage; their genius mechanic that can fix any machine in minutes. She loves her grandfathers legendary wrench. 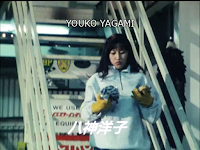 Youko Yagami - Pink Racer. The secretary in charge of payroll and expenses at the Pegasus Garage. She loves sweets.

That's all we need to know for now.

All five of these Rangers to be are unsatisfied with their jobs because they are only fixing cars. They were promised the opportunity to build their dream cars but were only allowed to make models of them.

Just as they were about to quit, the 5 car models started to glow and Dappu appears. This is the part where the mentor tells the team they are destand to become heroes and save the universe, but it is done much faster than usual. Dappu is impatient and pretty much just goes "no time to wait" and uses his car magic to make a secret base. I already like this seasons humor. 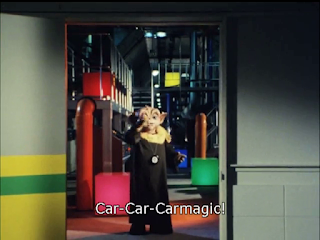 Dappu uses his Carmagic to force the 5 into the base where he gives them their Speeder Machines and Accel Changers. (Morpher.)

The five got real excited for these. They're just little go-karts.

Setting establishments are now all finished, so it is time for the villains to attack Earth. 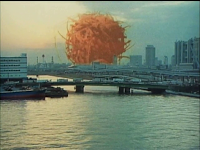 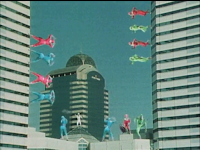 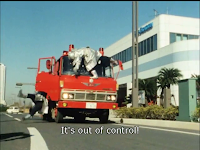 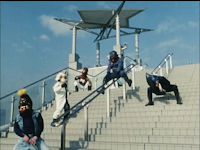 However, the 5 of them all refuse to fight and complain about how little they get paid. So, Dappu says never mind and fights Bowzock himself, and quickly loses. Upon seeing this, the 5 Garage workers finally start to care and rush to Dappu's aid. Once there, Dappu tells them the story of how Bowzock killed his mom and planet and how he believes the 5 of them are meant to be Dekisou Sentai Carranger then dies. Drama? And, just like that, they developed the Sentai mindset. 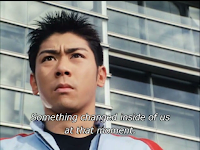 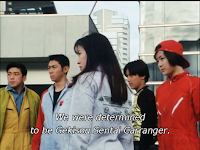 There was over acting done just right. A cleaver way for the series to make fun of its own cliches. 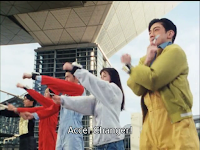 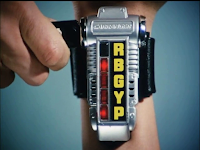 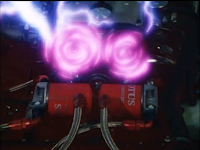 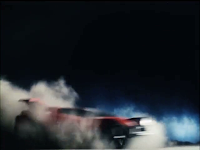 It's kinda funny how they give the flip off gesture when posing to change, but the sequence is pretty underwhelming. All that happens is they turn a key in their wrist thing, an engine roars, their car drives by, and that fades into them morphed. 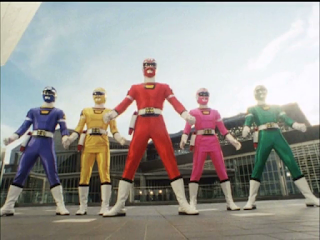 Upon the henshin sequence finally happening, Dappu hops up and it is revealed he tricked them. Also, Bowzock has already left to attack other areas. That was drama turned fail. I like it.

The Carrangers quickly catch up with Bowzock, do their roll-call for the first time, and the first true battle begins. It begins with the rangers saving people from the rampaging vehicles, but they quickly go on the offensive. 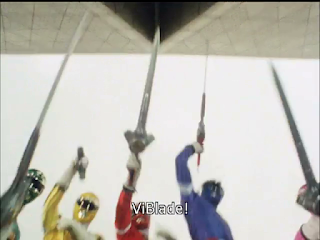 Wait! Where was this weapon during Power Rangers Turbo?

The battle is pretty good. Wumpers are easily defeated, but the rangers struggle a little when the living cars turn monster like and start flying around. They jump on these flying vehicles and start crashing through buildings, it is actually pretty violent. Especially considering this is before all the CG. However, ultimately the Rangers prevail and Red gets a good hit on Gynamo before the villains retreat.

This episode was actually really good. It did a cleaver job of making fun of all the cliches without being too obvious about it and still following the same cliches at the same time. Acting was enjoyable, writing had a fair amount of laughs, and the action, while short, was fast pace and fairly exciting. Overall, I liked it. Fighting for traffic safety! 4/5