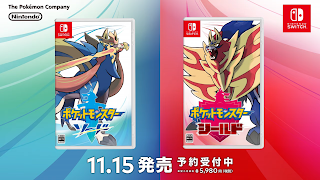 From National Dex cuts, reused models of Pokemon from the 3DS era of games, to poor visual quality and even allegations of SS using the Switch's NAND as extra RAM (causing "bad batch" Switch consoles to brick), the new Pokemon games have seemingly not lived up to many gamer's representations of what a "good" Pokemon game really is.


In this article, I will discuss some of the issues surrounding the new games. There may be a part two depending on how much more information comes out after this one.

We're gonna start with recent allegations and happenings, then move a little back. As of twenty one hours ago of writing this article, this Reddit post reveals that similarly to LGPE, Pokemon not available in the game are still coded into said game, all turned into normal/normal type with Pikachu as a placeholder model. However, allll move sets are still in game for these unfinished mons, sans their types, stats or models. Which means they couldn't be bothered with removing code that has been sitting around in two whole games at this point. Sure, GF still has code sitting in SS from at least Gen 4, but you'd expect that at this point, some of the extra bloat would be cleaned out.

Eleven hours ago, another Reddit post found out that miners have found every Pokemon and their shiny equivalent are completely separate models instead of using different textures for pallet swaps. This technique is applied to all Pokemon in the game. This may be the reason why the file size of the game is seemingly bloated for no reason.

In this section I will link a video regarding the some other glitchy aspects of of SS:

This video shows what happens if all your boxes + party are full and if you lack pokeballs to catch one of the legendaries in the game. The unfortunate issue results in a soft-lock and you must reset the game.


Posted by FenrisTheRogue at 10:29 AM