Typically, an Ultrazord is given to the combination of 7 or more Zords, although they sometimes have different names like Gigazords. These machines exist simply to be the Rangers big super power houses that drastically overpower most monsters and are often a mystery as to why the Rangers don't use them for the start of giant battles. Regardless of filler writing, click "read more" let's countdown my top 5 favorites.

Please note, these choices are based mostly on the design as the writing around them all are too similar to compare. Also, I am aware that they are limited to the designs of Sentai footage for most of them. 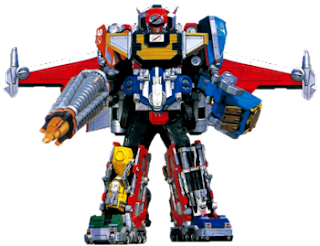 Whether or not you liked Operation Overdrive, it is hard to deny that it was the weakest Disney era season, but that was not due to bad stock footage. I like this design a lot because it is one of the few Ultrazords that does not look like it would have a hard time moving around. In addition to that, a combination of wings and a drill arm can lead to some cool looking dive attacks. Even bad seasons can have strong points, and this is one of a handful that Operation Overdrive had. 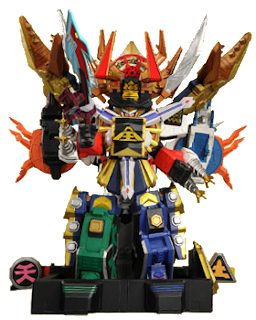 Another case of a not so great season of Power Rangers. (Although ironically I would call it the second best of the Neo Saban era.) This crazy looking contraption has 2 forms, one with and without the Shark Sword/Zord. They are both pretty much the same just an extra finishing move that comes from the shark. While the design is little more on the cluttered side, this beast was used in one of my favorite Ranger moments; the final battle where it charges forward, getting slashed down to all it's lesser Megazord forms, in one desperate attempt to defeat a much more powerful opponent. It was a grand stand that almost redeemed all of Samurai's faults. 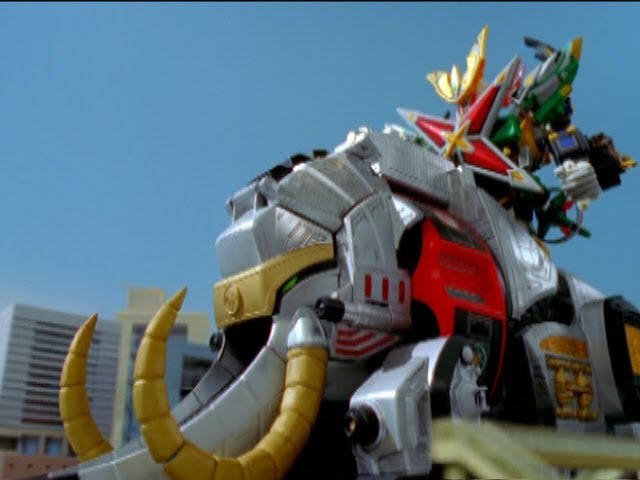 Ninja Storm was a season that was crazy with the amount of combinations that their Zords had. This Ultrazord also has two forms, the Thunderstorm version that has a big mammoth combine with an already 2 Megazord combination, and this Hurricane form that has the mammoth combine with a 3 Megazord combination. On top of all that, the various power spheres that provide weapons and add-ons for the Megazords that were collected throughout the series are all summoned and combined into one massive final move. I had to include this choice simply for the impressive amount of enginuite that the toy designers must have had to do to make all these various components work and look good too. All out!

It is hard not to love the original Ultrazord. The original Megazord combines with the Dragonzord and rides along Titanus that becomes a tank with a barrage of guns and lasers. Nothing as really been able to survive an attack from this Ultrazord, with the exception being Cyclopis' revival as the closest. Titanus would later be reused in season 3 for the only original Ultrazords using toys of the Ninja and Shogun Megazord. But, those two do not compare to the original Dino. 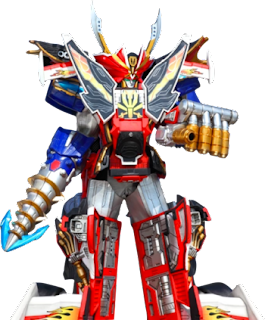 The main reason I consider Super Megaforce the worst season of Power Rangers is the completely wasted potential it had with some of the best stock footage at its disposal. This combination was not only 6 Rangers, but also a new Zord that originated from the RPM universe which makes this the only Ultrazord/equivalent that crossed multiple seasons. A much simpler design too which allowed it to be used more frequently. It is a very cool design that comes with a lot of fanservice on top of power. A great example of less is more. Just, a huge shame that this along with a lot of what could have been great Ranger footage had to be wasted on a rushed & poorly written season.
Those were my top 5 picks for Ultrazords. If you disagree with anything then leave a comment explaining why. Or, if you would like to discuss this further, feel free to join our Discord Server. Until next time, this is Cendoo the Ghost Ranger, signing off.
Posted by Cendoo at 12:00 AM