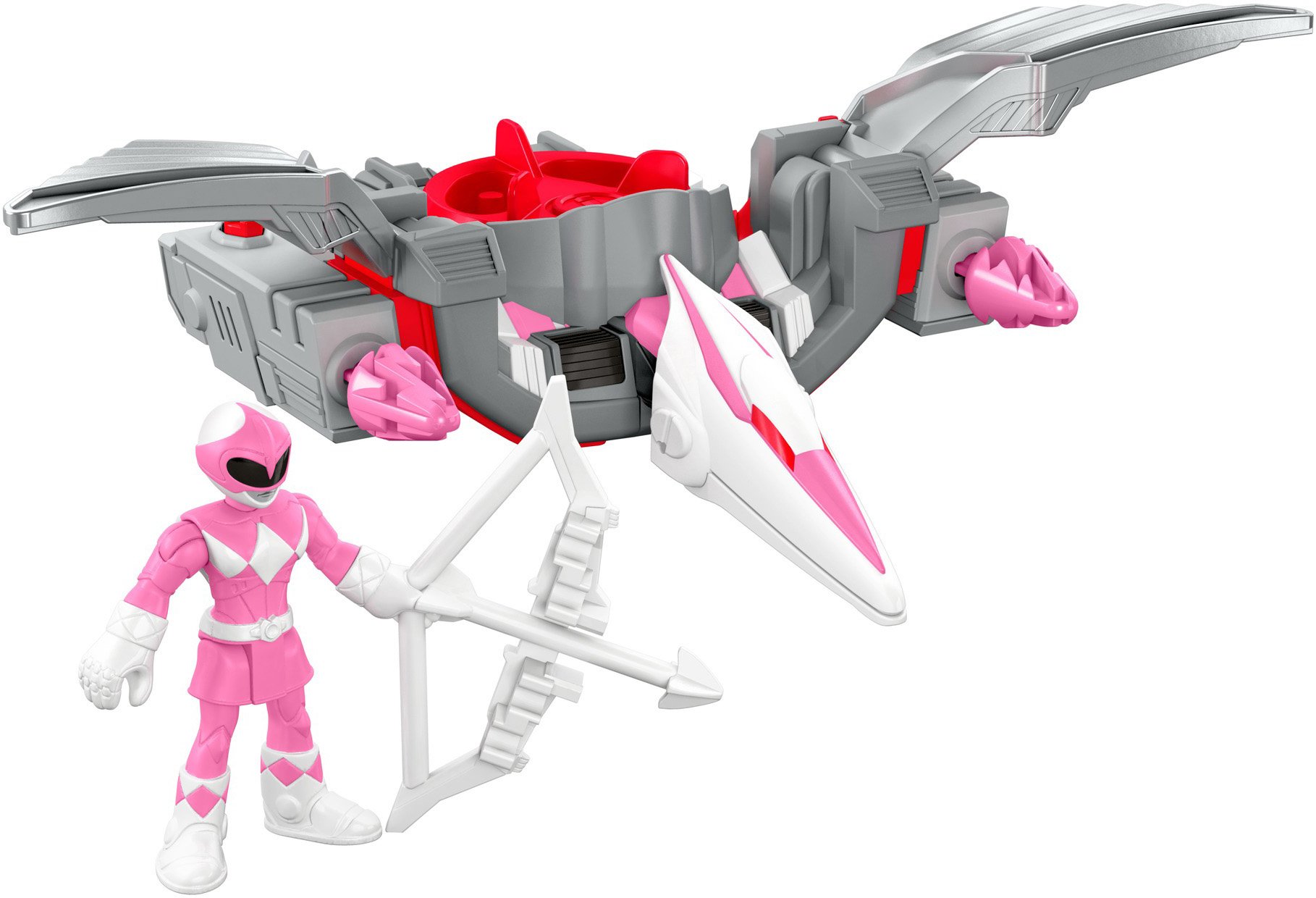 Pink Rangers are notorious for getting the short end of cool Zord designs. Looking through the list, it is honestly upsetting to see how many of them don't look like anything more than a piece of a Megazord or a generic vehicle. Needless to say, don't expect many to have any solo action highlights. Regardless, let's count down my personal top 5. 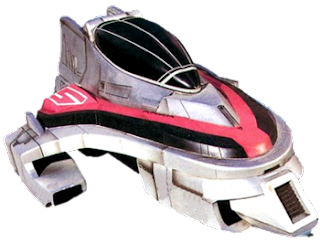 I felt oddly obligated to include at least one of the vehicle based Zords and Jen's Time Flyer was honestly the most appealing to me. It is not very interesting, just a flying jet with the only difference from it and the other 4 is the color. However, it is at least a decent futuristic looking jet. The Time Flyers are never used separately and only ever show up to immediately combine into one of 2 Megazords or a big ship. This is a nice example of the problem with this list. Pink Ranger Zords are never a big focus and often exist only to fulfill a role in a Megazord. If I had to guess, this is just a marketing decision. 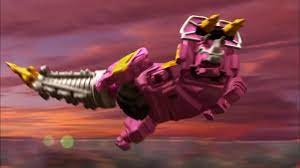 No, this is not the girl counterpart to Billy's original Zord, (or Ethan's), this pink Triceratops belongs to the Pink Dino Charge Ranger Shelby. The Triceratops is a cool dinosaur and this Zord reflects that well. It becomes the left arm and is equipped with a drill on its tail. While a nice a design, only number 4 because it is the 3rd Triceratops Zord in Power Rangers history and does not look that different than the blue one from Dino Thunder besides the color. Still, it is nice to see a Pink Zord that looks like it can actually fight on its own. 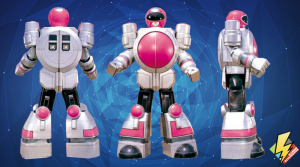 It almost feels like cheating to pick the anthropomorphic/humanoid Zords because they are obviously the most practical to use for the sake of filming fight scenes. But, at the same time, they are kind of uninteresting to me because fight scenes don't feel much different than just a regular Ranger battle except with less martial arts and more robotic movements. However, it is one of the prime times that individual Zords have a chance to shine and given my limited options for Pink, we have Super Zeo Zord 1. Kat's second Zord in Zeo that looks like her Ranger suit and is covered in what looks like pink bubble gum balloons. Got to love it.

Here is a more original Dinosaur Zord based on the Ankylosaurus. This one even has it's own Megazord formation. As it's name implies, the Ankylo Hammer Zord has a hammer tail for its main weapon that can also be used by the Megazord. A more modern Zord and a big step up for Pink Ranger Mecha. While this is still clearly meant to be just the arm for the Megazord, it has a good design and looks like it can be a tank.

Another humanoid Zord, but one that is Sprite themed and is the smallest of the core 5 Zords (Titans). This one not only has the benefits of being a humanoid Zord, but is also just adorable. Especially when it stands on the shoulder of other Titans. This sprite can fly and be turned into a ball that is then hurled at the enemy. With some blades for its own melee combat. King of a silly majestic choice, but also some of the most use the Pink Zord gets in non-Megazord combat.
Those are my picks for the top 5 Pink Ranger Zords. As always, I hope you disagree with me so we can talk about which Zord you would have added to this list. If you wish to do so, leave a comment here or join our Discord server. Until next time, this is Cendoo the Ghost Ranger, signing off.
Posted by Cendoo at 12:00 AM