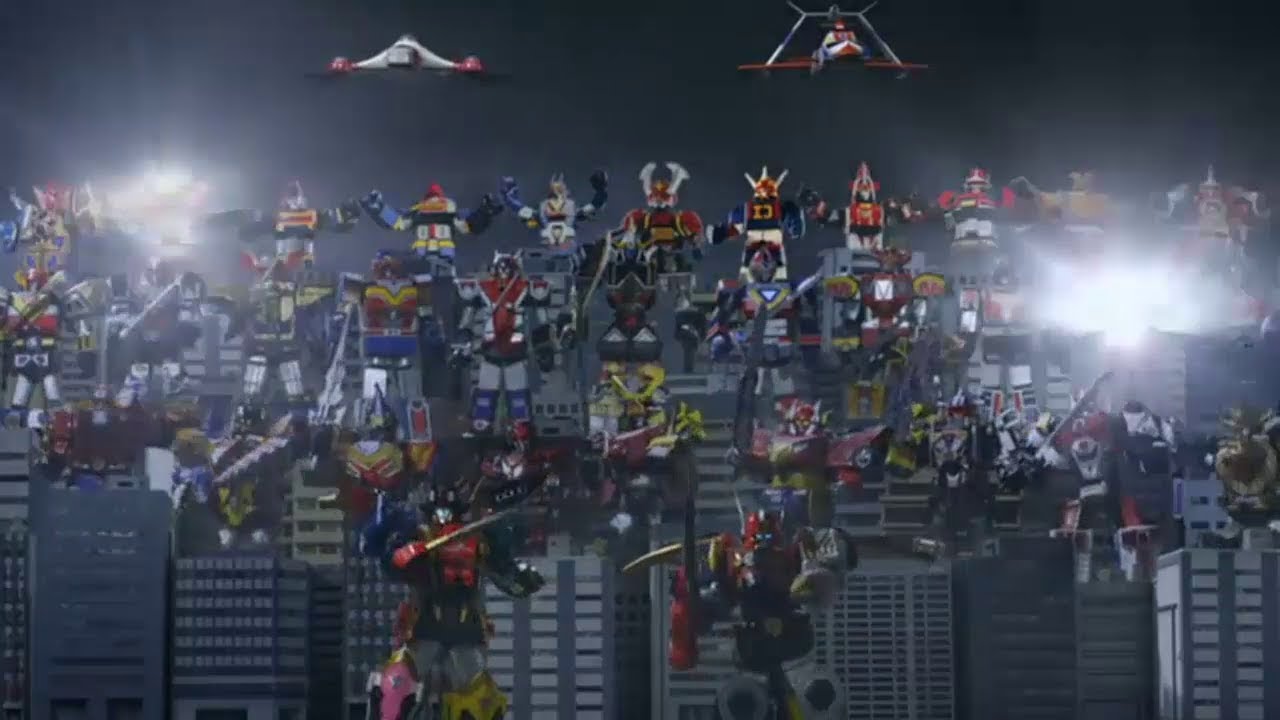 It's my first article of 2022, happy New Year. I'm gonna count down my top 5 favorite Megazords. This is going to be based purely on the design and will say nothing about the quality of the season attacked to them. Two rules, only one Megazord/combination per Ranger team, and no more than a 5 Zord combination, no Ultra or special Megazords. Click "read more" and let the countdown begin.

Cars are kind of a boring theme for Zords, but it was honestly kind of impressive how they managed to make a Megazord out of them. First introduced in Turbo: A Power Rangers Movie, this Megazord was more slender than most previous combinations with a small head and big boots. Primary weapon is a sword that it swings while spinning around. Not the strongest looking Megazord but at least seems like one that can maneuver fairly well in a fight.

Here is a big brute Megazord formed from the trains that carried the Zords for the standard Megazord. While it's size was inconsistant throughout its various battles, it was introduced as a Megazord that was just bigger and tougher. Not the largest Megazord in history, but still a power house that has been through some of the tougher battles in any season. Amazingly, looks a lot better than the actual train themed one from Toqger.

It's totally not a pirate. The Legendary Megazord has the special ability to use powers from past Power Ranger teams giving it plenty of different attacks and all of them with unique and interesting. Sadly, it was poorly utilized due to the low amount of episodes that Super Megaforce had. Regardless of its wasted potential, the design is cool and classic and there was plenty of of run to be had with it. Even if a lot of it is bad CG. This is a choice where I have to really emphasize that it is not at all based on the quality of the season. Super Megaforce was a terrible season, but they had a lot of good stock footage. 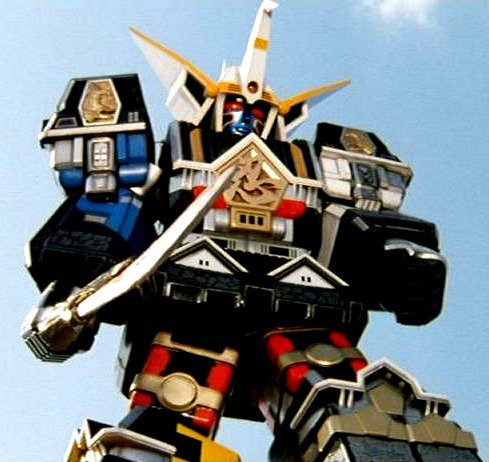 The 4th and final Megazord used by the 5 core rangers in Mighty Morphin Power Rangers, and later the Alien Rangers and the one I found the coolest. The original is nostalgic, Thunder is okay, Ninja Megazord was so so, but this one looked really strong and cool. It's finisher is a slash with a flame sword that was done with effects involving real fire. Swords are kind of the default weapon for Megazords, but this one is appropriate since it is a Shogun. Maybe is is not the most popular choice to take from the original Rangers, but we all have our own opinions. (Note, while this is a 6 ranger Megazord there are only 5 Zords used due to its stock footage, so it still counts.) 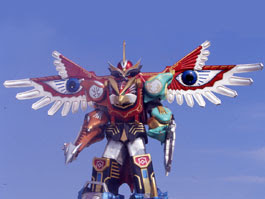 Unfortunately aged name, but a really epic Megazord. Design wise, it is very colorful and detailed that shows off a lot of ways to do battle. The Wild Zords were always my favorite batch and their combinations did not disappoint. This majestic combination utilized everyone's additional Wild Zord but still only used 5. It could fly, had strong kicks, a spear, and a claw. It's summoning even involves a volcano. Sadly, the CG is pretty dated, but that can be overlooked. Easily one of the most versatile Megazords with even more forms that come later and my personal favorite.
Those were my top 5 favorite Megazords. There were a lot of great ones to pick from so I hope that you disagree so we can talk about other ones. If you would like to, leave a comment or join our Discord server. Until next time, this is Cendoo the Ghost Ranger, signing off.
Posted by Cendoo at 12:00 AM