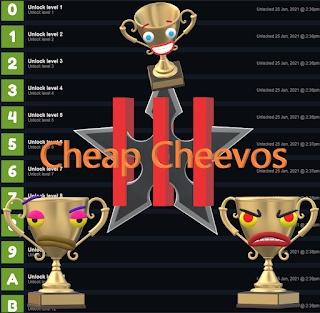 I smell a theme coming on for this weeks edition of Cheap Cheevos. A very silent, but deadly one.  That's right! This week's issue is all about ninja games. Why? Because ninjas are very awesome. It's that simple and so are the achievement/trophy sets for these games. Enjoy. (Click on "Read More" to read the full article). 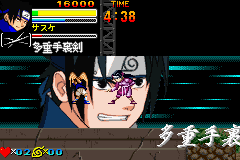 Naruto has an easy to master game? BELIEVE IT! The story about the loud mouthed, orange jump-suit wearing, attention seeking, high flying, free wheeling, dirty dealing, ninja WOOOOOOOOOO! Has been shrunk down to the small screen. This is Naruto: Ninja Council for the Game Boy Advance. One of the later titles for the system (well, in English it is). This title takes the first major story arc of the anime and manga and turns it into an action packed 2D platformer.

The levels are pretty standard, but pretty cool all at the same time. You'll start off at the left side of the level and must work your way to the right where you'll find a boss fight. During the levels you'll be facing tons of baddies, plenty of hazards, and have some really neat secrets to discover along the way. If that sounds like every anime based action platformer then yes, yes it does. It's a pretty standard representation for its genre.

It's not a bad experience though. Gameplay is solid, levels are fun to explore, and while the challenge isn't too great, it's satisfying to play. If you like collect-a-thons (who doesn't), you've got a mild element of that here as well. Every level has Hidden Leaf Village Symbols to collect. Some in plain site, some hidden. Can you fin them all? I did. They aren't difficult to find.

You have three characters to play as. Naruto, Sasuke, and Kakashi. Kakashi is a hidden character that you'll unlock after beating the main game with both Naruto and Sasuke. First, what I like about playing as these characters is that they all have different stats, moves, and specials. This gives me something new to work with with each playthrough. What I didn't like was that all three of the characters campaigns are all the same. Same levels, same bosses, same things to collect.

I'm as surprised as you are to see a Naruto game appear in these articles. Normally, a Naruto game would require you get the best results on some difficult challenges. Not this game though. Most of the achievements will just have you beat the game with each character. Our heroes are very overpowered, so this won't mainly be an issue. Only bit that can be tricky is fighting the final boss as Naruto. Naruto's direct attacks are a bit rubbish in this fight. Save up your chakra and use as many special attacks as possible.

The rest of the achievements are all collectable based. From obtaining all of the weapons, collecting all of the different type of power scrolls, and collect all of the Hidden Leaf Village icons. You don't need to collect all of the icons in one go. You can revisit stages to collect the rest. Lastly, secret power scrolls need to be found with each character. These scrolls will unlock the super secret special finishing move. Thankfully they are all in the same location no matter which character you play as. Deep into the game you'll be at the Ninja Academy/Ninja School. There's a hidden passage hidden in one of the classrooms and at the end of the passage is a huge ass scroll. Collect this with each character and bingo.

If you are a fan of Naruto and/or a fan of action platformers, this game is worth a go. It's nothing A-grade, but it makes for a good weekend of fun. BANKAI!.. I mean... Believe it! 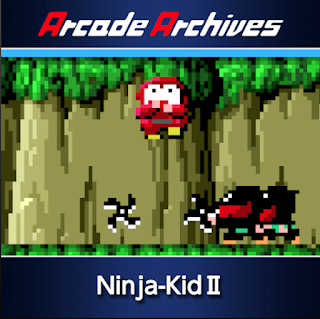 There's a really darn good series from a company called Hamster. This series is called the Arcade Archives. It's all about classic arcade games. Hamster has some great titles that uses emulation that's just plain excellent, excellent, excellent. A lot of great games from Taito, Namco, and even SNK can be found. Some games in this series are ultra easy to unlock all of the trophies on. This is one of them, Ninja Kid 2.

This game has you playing as a ninja. He has to rid evil monsters and rival ninja off of mountains. Pretty basic gameplay. Run, jump, attack, repeat. A fallen enemy will drop a scroll that will give you points. Power-ups can be obtained too and they'll make you super overpowered. Nothing much to describe, but it's a very fun little game that's worth a play.

Most of the trophies in this game are weird. Very, very weird. Once you've selected a version of Ninja Kid 2 to play, hit the touch pad. You'll get one for just doing that because it brings up the option menu. After that, go through all of the options that pop up and read the in-game manual. You'll get most of the trophies for just checking out these options. It's so lazy that you wouldn't believe that these are real trophies. Thankfully, Hamster ditched the option trophies at some point early on during the Arcade Archives series for more score based ones.

Last two trophies are gameplay based. You just got to simply beat the high score and submit it online. The default score is about 50k points (give or take). This may seem a little high, but trust me, you'll get 45k+ just from beating the first level.  Once this is done, get a game over and a box will pop-up asking if you want to submit your score online. Hit "yes" and you'll get the last two trophies.  If you somehow hit "no", you'll still get a trophy for getting a high score, but you won't get the one for submitting it. This mistake can turn this game from an easy game to 100% to a hard game. You'll have to beat your previous high score in order to be able to submit the score again.  So, pay attention or lose. Ninja Kid (the original) has the exact same trophy set as its sequel. The only difference is that the gameplay is rougher and it doesn't hand out high scoring items like it's candy. I wouldn't call this one an out-right Cheap Cheevo set, but it's also not that hard. You will need to get deeper into the game to get the high score.  A good extra challenge for once you're done with Ninja Kid 2. 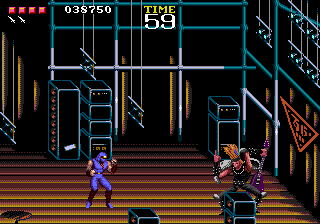 Instead of getting a tough as nuts Castlevania-esk 2D action platformer, we get a very bland 2D Double Dragon-esk beat 'em up. The levels are very boring, the gameplay isn't very responsive, and the graphics are butt ugly. That's just me talking about the arcade version.

This port of the game is not much different than the arcade version. It is a little bit more broken in gameplay, but that's to be expected seeing as this is a prototype. Other than that, very faithful port. Sadly.

To get all of the achievements in this game you'll have to beat the game on all three difficulties. To add in an extra kicker, you'll have to beat this on the hardest difficulty and without dying! This is not an easy game by any means if you are playing this the proper way. Thankfully, this prototype has some special commands that sure as hell wouldn't have been in the final product. Once a level starts, pause the game. After that, press "C" on the controller and the level will skip to the next one. Keep on doing this until the game is over, then do it again on the other difficulties. 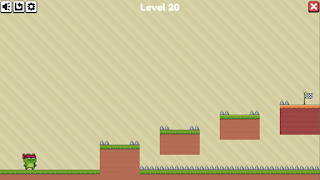 Kermit the Frog was full of s#!t. Life is easy being green. Okay, it's easy when you are also a frog and a ninja, just like the ninja frog in this game, Ninja Frog. A simple little platformer about trying to reach the checkered flag while trying to avoid traps such as buzz saws, spikes, and fireballs. It's not the best when it comes to the gameplay. Controls are a little wonky, but they work enough to where you can easily beat this game.

There is one-hundred achievements in total to be had. Fifty for unlocking levels and fifty for beating the levels. Don't let those conditions distract you, just beat the game and all of this glory will be yours. Would I recommend this for reasons other than easy achievements? Nah. Unless you are really bored and have a spare buck to spend on this game. 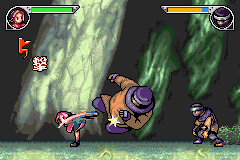 If you couldn't get enough of Naruto: Ninja Council, prepare themselves to have thy thirst quenched. The sequel is surprisingly even easier than the original. Before we get to that though, what does this sequel have in store for the player?

Storyline wise, it's just a 2D action platformer rendition of the second big story arc of the Naruto anime and manga series. Naruto, Sasuke, and Sakura are on the task to get to the center the Forest of Death in hopes of getting a better rank. This forest is called the Forest of Death for a reason. It's full of rival ninja, giant snakes, spikes, explosives, and bosses.

Compared to the first game, the gameplay is so much smoother. You can run around and beat things up a whole lot easier. Boss fights play more like traditional one on one Street Fighter 2-esk fighters. They've adapted the controls for the certain situations and this is great.

The levels are so much bigger now, but they are also a lot more linear than before. Most levels have you going from left to right with no need to explore the level itself. This is also a plus as the collect-a-thon element from the first is no longer here. The multiple character campaigns have also been squished into one big one where you get to control multiple characters. This is good.

The achievement set will have you collecting a certain amount of items, performing a combo that consists of a certain amount of hits, and beat all of the levels.  You don't need any advice about how to unlock the collectable and level progression cheevos. You are going to get those while progressing through the game anyway, unless you are incredibly unlucky. For the combo ones, use Sakura. She hits hard and she hits plenty. She has a move where she performs a fury of punches. This will be your key for achieving the achievable combo achievements.

This game isn't very long, takes about forty minutes to beat. It's also not a bad little action game. Not a great one, but still, not bad. It's worth one playthrough.

Cowabunga! It's time to go raid my PO box and answer some fan questions.  Just remember, if you want to ask a question of your own, you can either post a comment here or send me a letter to my secret PO box.  This week my PO box will be located in the sewers of New York City, New York.

Johnson St. Johnson asks: Why do you hate GOG achievements so much? When will we see Good Old Games games in these articles?

To answer your first question as to why I hate them.  They kicked my dog, slept with my wife, then they kicked my wife and slept with my dog.  NO ONE DOES THAT TO MY DOG AND LIVES!  In the end, I don't hate GOG achievements anymore.  For one, I don't even have a dog or a wife.  For two, GOG achievements can't even kick or sleep with things.  We made up, had a few beers, then I questioned who I shot in the first place.

Ouch! Right in my Vegemite asks: Are you copying Strong Bad's E-Mail?

Well, looks like I'm dead.  My death shall not last for long though. See you next week for some more Cheap Cheevos. Peace, love, achievement unlocked.

Posted by Retrokaiser at 4:30 PM