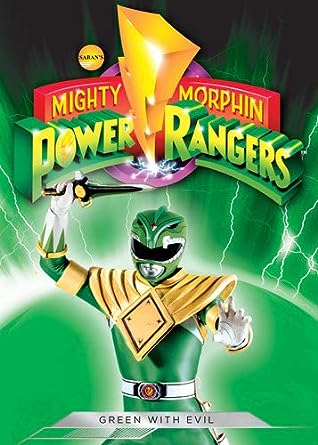 Continuing on our quest to list the best of every colored ranger, let's tackle the fan favorite, green. Now, there are a lot of great green rangers so this list was actually pretty difficult. However, I am only here to give my opinion. Rules are standard, any ranger who was multiple colors can only make 2 lists at most, also I am going by what they are officially classified as regarding colors. With that out of the way, click "read more" and let's get on with the list. 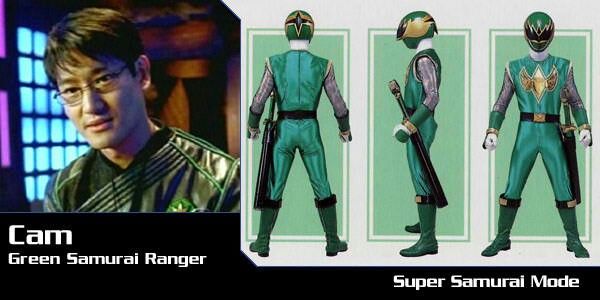 This might be a bit of a controversial pick because there are more charming Green Ranger choices, but I honestly found Cam's story to be one of the more satisfying. He started off as just the brains of the group but had moments that showed his Ninja skills to be on par, if not better, then the 5 rangers and was visibly frustrated that he did not get picked. This all turned out to be part of a story involving his Fathers promised to his dead Mom

and it was satisfying to see how that story played out and for him to finally achieve his Ranger dream.

Ziggy is an interesting character. When first introduced you would think him as a terrible choice for a ranger, but he more then proves his worth. Ziggy is funny and an underdog, but has a lot of traits that helped him survive a harsh, crime filled world. Including being a double agent for cartels. The only ranger to go against gangsters so far.

Here is the underrated hero of Time Force, the first mutant ranger, Trip. Throughout most of the season, he is the inventor of group and the one easiest to trick or manipulate. However, he is the one who ultimately saved everyone by SPOILERS turning the main villain, Ransik's daughter good who in turned convinced the Ransik to surrender. Even before that, he stood up for the weaker mutants. Truly an underrated ranger. 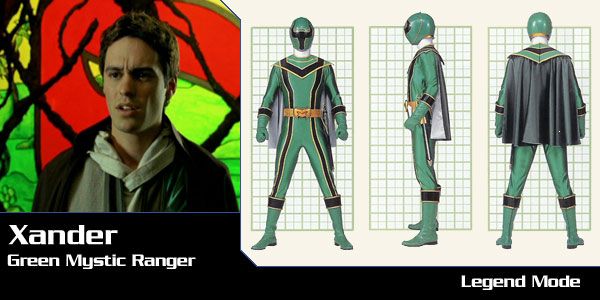 I already know this will be my most unpopular and bias pick, but I loved this character. He is a wise cracker, always smiling who tries to sweet talk out of fights, which usually results in getting kicked. However, it is revealed later on that this over confidence is just an act to hide the depression he got from being bullied over being a foreigner. It's not explored too deeply, but still a pretty bold story arc for a Power Ranger. Honestly, Xander is hilarious and charming, hopefully you don't find him too annoying.

Of course number 1 was going to be Tommy. Yes it's an obvious pick but it was also the only pick. When Tommy first appeared as the evil Green Ranger, later turned back good and being the first 6th Ranger, it blew everyone's mind. Not only is Jason David Frank an amazing martial artist with fun kiais, but given Dragon Ranger's footage, plus zyu2 footage, and his own theme song was a recipe for probably the most memorable and iconic ranger in history.
That's all for the green rangers list. Hope you can respect that this is just my opinion and give your own favorites as well. Or, tell me how horrible I am for not including Adam, Carlos, Damen, Joel, Bridge, Elephant Spirit Ranger, Mike, Jake, Riley, or Izzy on this list. Thank you, and goodbye.
Posted by Cendoo at 7:00 PM