Now it is time for the White Rangers. Considering I am the White Ranger of this website, I should probably take my time and put a lot of thought into this top 5. However, considering there has only been 8 White Rangers (not counting Sentai or Kat Ranger who is classified as orange) it was not a hard or satisfying list to make. So, click "read more" and let's check out this list of limited options. 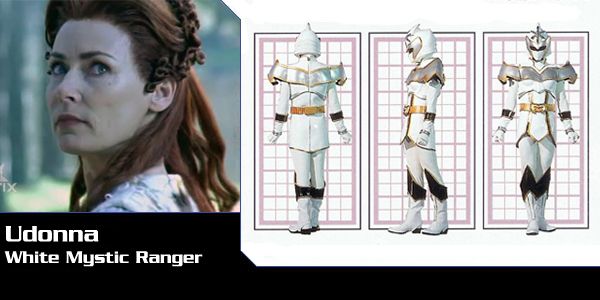 I always love it when the mentor of a ranger team has a ranger form of their own. Udonna loses her snow staff early on and cannot aid in battle until near the end of the season which limits her as a ranger. But, she still brought the team together and guided them through their journey's as one would expect. This is kind of the equivalent of a mother joining the battle. (Appropriate since her stock footage is Magimother.) 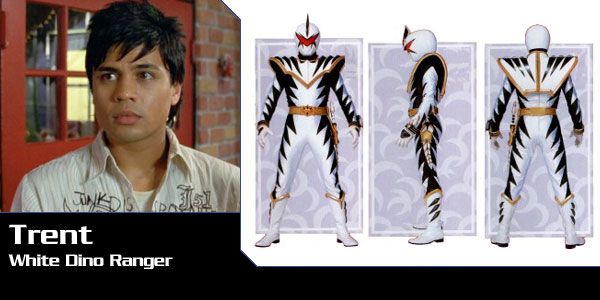 Trent is, in my opinion, a wasted opportunity. His Super Sentai counterpart was one of the most interesting characters with a really cool costume. But, that's really unfair circumstances, Trent is still an okay character. It is the good old story of a ranger who gets possessed into being an evil ranger that later joins the team and has a romantic interest with the Yellow Ranger. The evil White Ranger counterpart was interesting enough for me to include him, even if his good side was fairly standard.

Sam is originally introduced as a child with untrained psychic powers. When he grows up he becomes the Omega Ranger and travels back to 2025 where he joins the team and helps develop new weapons. Sadly, this is a case of a low budget getting in the way. He is only seen unmorphed for a moment on the last episode and is either an orb of light or in Ranger form for the entire season due to Disney being cheap. However, managed to be an interesting character.

Noble Tiger, Alyssa. The sweetheart of the team but also one of the most skilled having a heavy background in martial arts who is also a straight A student who loves the environment. Someone who would almost be called too perfect to be relatable. But, she does have age old story of wanting to follow her own path instead of the one her parents set for her. What's most important however, she is a great role model for kids.

Picks don't get much more obvious than this, but for good reason; there is no better pick then Tommy. While his Green Ranger may be more iconic and debatably popular, there is no denying how much he accomplished when he took over as leader and became the first White Ranger. He, at the time, was the most powerful Ranger, got a lot more original footage and character arcs, and was so popular that show pretty much revolved around him. My hands are tied with this choice, he was even the only Ranger to ever fight Lord Zedd directly. (A reminder, I'm limiting each ranger to 2 lists so that's it for Tommy.)
Those are my choices for the top 5 best White Rangers. Leave a comment on who your favorite is because everyone has their own opinion. Or, if you feel like it, tell me how horrible I am for not including Delphine, Dominic, or Hayley on this list. (I count Kat Ranger as orange.) The options were limited for this list, and will be even more limited for Gold and Silver. Till next time, this is Ghost Ranger of Emerald Rangers signing out. Peace.
Posted by Cendoo at 12:00 AM