Hello readers, I am reviewing the mobile version of this game as it is free. As some of you may know, I was originally going to review Yakuza Kiwami 2, but due to the popularity of Among Us, I am doing that one next month. If you didn't know, Among Us is a game from 2018 based on classic classroom games such as "mafia" and "werewolf."

The basics of the game are pretty simple. There are two classes, crew-mate and imposters. When it comes to maps, there are only 3, but most people only play on the first one called The Skeld. As either class there are a few things you can do. They are: hitting the emergency button (to call a meeting), calling out a dead body(also calls a meeting),look at security cams, and chat using the in-game textbox(no voice chat). Ten people can play the game at once. Customization options are pretty large, as you can pick your color, hat, and (if you pay up some moola) pets. 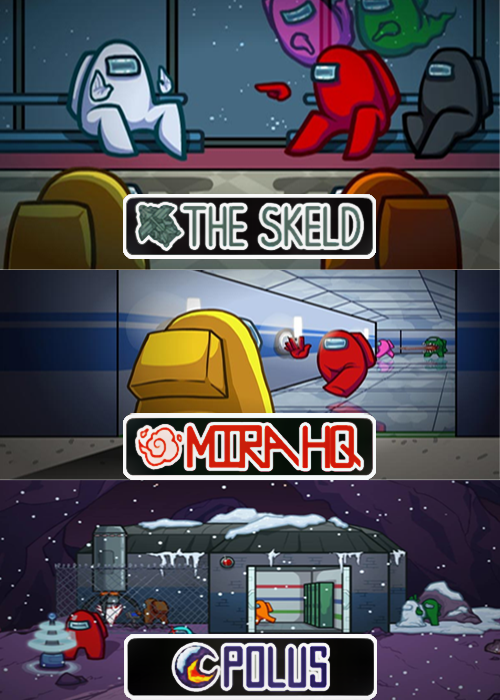 As a crew-mate, your job is to stay alive, do your tasks, and find out who the killer is(without making everyone think you killed another crew-mate). These aforementioned tasks take many forms, and they are spread all throughout the maps. You may have to cross some wire, or scan a card. There are two win condition's for the crew-mate. One is to have almost everyone's task's done, and the other is to vote off the imposter/s. 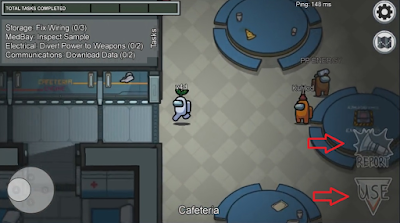 There can be up to 3 imposters. For the imposters they have two new mechanics. They can kill people(but it has a cool down) and sabotage which shuts doors and breaks necessary mechanics for the crew-mates. To win they either get the same amount of crew-mates as there are alive imposters or kill everyone by sabotaging the oxygen, as long as the crew-mates don't fix it.