Nintendo Switch Sports Is A Shadow Of Its Former Self

Nintendo Switch Sports was released for the Switch, on April 29 2022. It's main focus is to cash in on the same success that Wii Sports had on the Nintendo Wii. However, as much as Nintendo try to reinvent the Wii Sports to the modern era, it was not as great or exciting as I hoped it would be, despite first being interested in the trailers.

Out of the box we have six games to play on Nintendo Switch Sports. Tennis, Bowling, Chambara (Swordplay), Soccer, Volleyball and Badminton. Alreday, 3 games in this list are very similar to one another, Tennis, Badminton and Volleyball. There is not really a great sense of variety in all these games, although Golf is confirmed to be added to the game in the next couple of months, however it sounds like Nintendo are trying to force out "Animal Crossing New Horizons" style updates which was very frustrating and New Horizons is still not a completely finished game which lacks content from previous Animal Crossing games. The development for the updates also ended abruptly, despite Nintendo aiming at a couple of years of future updates.

Tennis, Badminton and Volleyball are sports that roughly use the same control scheme. Let's talk about Tennis first. 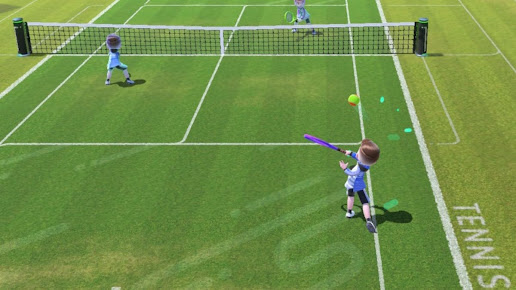 Already there are issues with Tennis. For a start, you can't really control your characters when they're running around the court automatically, which seems to be a downgrade of what the original Wii Sports Tennis was like. Hopefully over time, if there is a future update Nintendo can fix this issue but it shouldn't need to be like this in the first place. 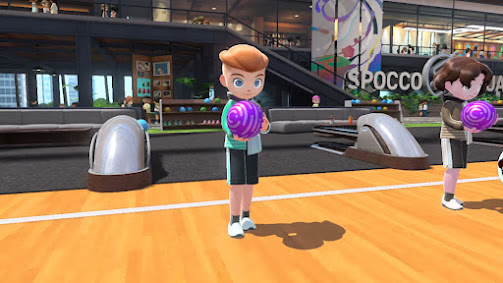 Next up is Bowling which is pretty much the same mode of the previous Wii Sports titles except this time lacks more character and feels like a copy-pasted mode of the original (also like Tennis), the Lanes and graphics look nice, but I just preferred the Wii Remotes over the Joycons, they felt more responsive and comfortable to use than the Joycons, especially for bowling. 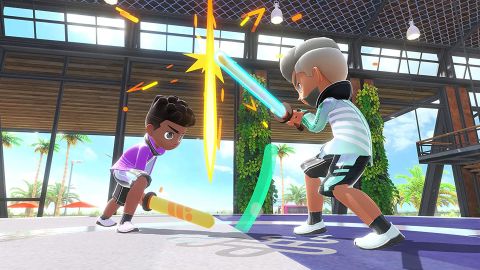 Next up is Sword Fighting, but in this game is known as the Japanese term, Chambara. This sport was included in Wii Sports Resort as well. It's actually one of the less frustrating ones to play in this selection. Control responses felt great and certainly it's quite faithful to the original version. 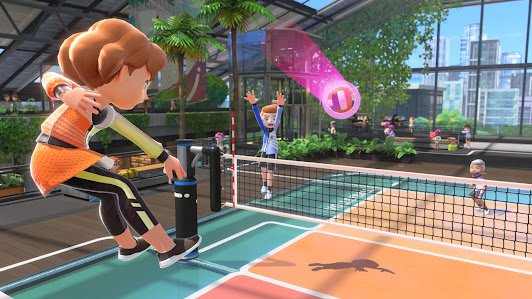 I found Volleyball to be a bit frustrating. It's way too slow at some points and plays too similar to Tennis. Standing around too much all the time waiting for the very slow ball to touch the character's hands is more painful than it sounds. It's less exciting as what this picture makes it out to be like. 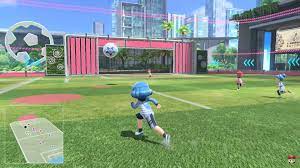 Soccer is a newer addition to the Switch Sports series but feels kind of clunky. A lot of people don't seem to like this one either. Does the ball, for example really have to be that big? There are also a lot of clunky trick controls you have to do in order to score goals and get points. It really isn't great. 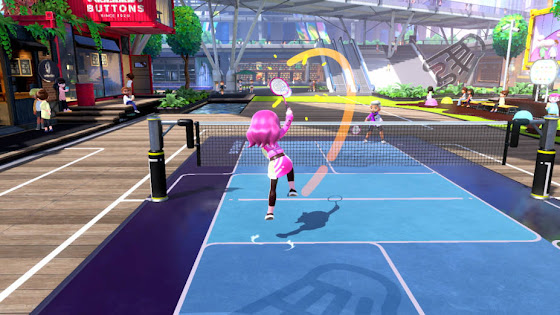 Lastly (for now) , we have Badminton that plays an awful lot like Tennis. At least the only good thing about Badminton was you can choose to be singles or doubles but other than that I didn't find it very memorable.
What Switch Sports seems to lack is the same character and charm that Wii Sports and Wii Sports Resort had. Wuhu Island isn't in this game. Instead you've got a really bland menu screen called Spocco Square. You can't walk around freely and explore, like you could in say, Wii Sports Resort or Pilotwings Resort. 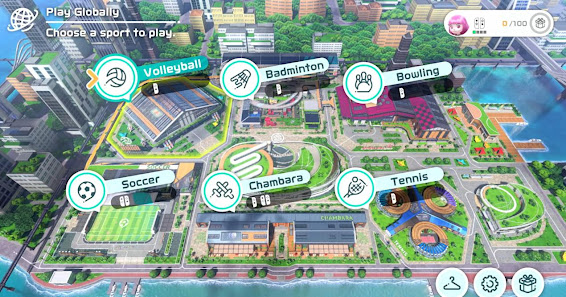 What's even more frustrating I think about this game is that there are so many great sports from past Wii titles that are missing. They could have even added more newer sports. 6 Sports for $60 is a steep asking price. Though the game does benefit from online play, you have to really enjoy the games first in order to play them with others.
Another huge complaint about this game is the lack of Mii characters. Sure Miis are in the game, but it rather focuses on Balan Wonderworld look-alikes instead. They just throw the whole charm and fun out of what made the original Wii Sports great. Miis were cute, fun and entertaining. These new characters look way too bland and mobile-inspired. Maybe this should have been a mobile game instead of a Switch game, you wonder? It really doesn't feel like a proper successor to Wii Sports, but more like a cash-grab instead.
Where is Baseball? Where is Wakeboarding? Where is Jogging? There is so much that's missing from this game makes me want to play
Pros:
- Some sports like Tennis and Bowling are back
- Golf is added in a future update
- Vibrant colours and graphics
- Online play for the more competitive, something Wii Sports originally lacked
Cons:
- Generic 'Balan Wonderworld' style characters leave an empty hole the Miis once filled
- Not a great variety of sports to choose from
- No island exploration like Wuhu Island
- The game heavily relies on Joycons over Wii Remotes which provide a burden to the gameplay