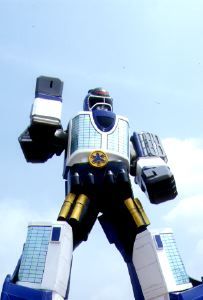 These are heroes that aren't technically Power Rangers, but still part of the team. This should be a more fun list. Click "read more" for my full article. (Debatably, a couple of them made their way onto the Black Rangers lists, but I considered those 2 rangers.) 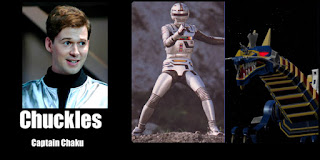 It's Gavan! The first Metal Hero incarnation since Big Bad Beetleborgs. An intergalactic police officer who hunts space criminals with a daughter at home. Chaku comes to Earth while hunting a criminal named Ryjack and ends up teaming up with the Power Rangers for a couple episodes. A short story arc is even given to him in regards to a secret he has to keep from his daughter. He has a very short lived appearance, but it was very unexpected that this adaptation was used at all. This pick may be for more of the legacy then anything else, but I'll stand by it. 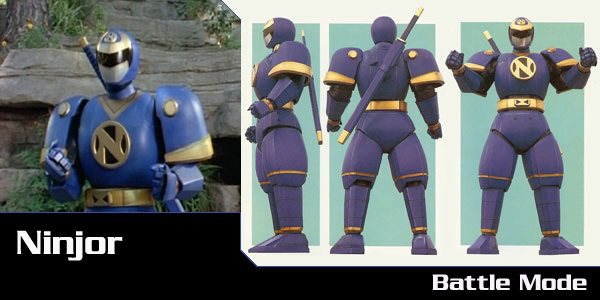 The creator of the original Power Coins and the one who would give the Mighty Morphin Power Rangers their Ninja Powers in Season 3 as well as join them sort of as a 7th Ranger. Sadly, while it is a cool concept, there were some mistakes with this character that kept it from being any higher. For one, the stock footage being used out of order made his appearances inconsistent. Also, more importantly, the voice they gave him sounds like Marvin the Martian and he just won't stop rambling. Still an iconic hero though. 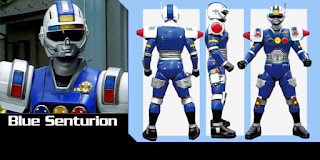 Another cop from space, this one all robot. It is interesting that while Turbo was considered an underwhelming season, its extra rangers/allies are some of the most memorable. This robot cop comes to Earth from the future with an important warning about the great invasion that would happen during In Space. In between then and his arrival, he helps the Turbo Rangers in battle from time to time, gets turned evil twice, and even acts as a freelance police officer giving cars tickets. Good fun.

Talk about a power couple. (If only Power Rangers Disney allowed couples.) Maybe it is cheating to put both of them on one spot, but these two just go together. Jarrod is an interesting case about the arrogant bully who turns evil and Camille is the one that was already evil. But, amazingly, their stories don't stay one-dimensional like that. Jarrod gets a lot of backstory that showed he wasn't all bad and it becomes more of a tragedy has he is processed. Camille was never brainwashed, but turns good after a series of events and possibly due to her concern/feelings for Jarrod. It was a great story to follow. 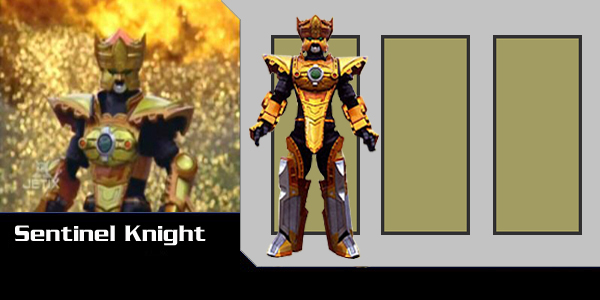 Now that is a king design. Originally, this Knight was only a spirit that appeared to guide the Overdrive Rangers when they needed it. However, during the events of the 15th anniversary special Once a Ranger, his story takes a big change as he is restored to a physical being. At this point, he now another fighter, a powerful & wise mentor, and even part of the arsenal becoming armor and a sword. This character was an all powerful appearing being and a perfect candidate for toys. What more could the creators want?
That does it for the extra heroes. Think Auric the Conqueror, Niella Clare, or Sheriff Skyfire should have been on the list? Let me know why. This is a list I wasn't originally planning, otherwise I would have kept a great choice or two off of this other list. Anyway, only one list left, and it will not be easy. Till next time, peace out.
Posted by Cendoo at 12:00 AM