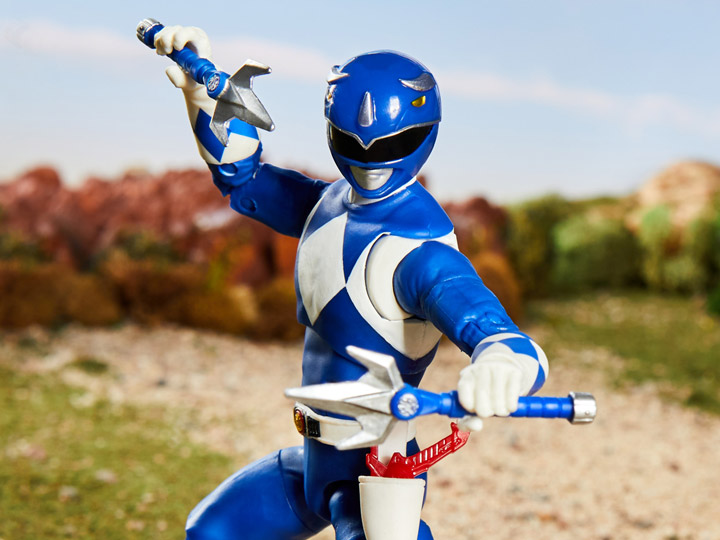 Now it is time for the blue rangers. This is one of the more variety options to choose from as blue rangers have been the brains, the brawn, the girl, second in command, and sometimes ex-red rangers. So, I'll give it my best shot, click "read more" and let's see if this gives you the blues. 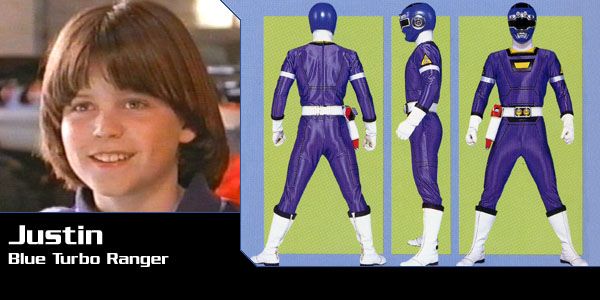 Now here is a controversial pick if I ever saw one. A lot of people hate Justin as the annoying kid ranger. But, that's really not fair, Justin had some great moments and a pretty good story arc as well with a dead mom and a workaholic/spirit broken dad. This kid is a real martial artist and I dare you to find a kid who watched this show who didn't imagine themselves as a ranger. He also made a great comeback appearance in In Space. Honestly, even if you hated him, he was unforgettable.

Here was something new, a caveman ranger. Since the Dino Charge powers prevent aging, Koda was able to live for 100 thousand years (frozen) and join the team with animal instincts and a heart of gold. Koda is a very interesting character and a much needed change after years of repeating character tropes like "the nerd" or "the jock". One of the most memorable from the one genuinely good incarnation from the Neo Saban era.

He's Scottish and full of spirit. No ranger has more personality then Flynn. There are a lot of reasons to include this character, from his selfless acts to his mechanical genius, but what really sells it is the entertainment factor. This is one ranger that is quoted a lot by fans and most definitely leaves an impact. (I never realized how strong the RPM characters were before doing these lists.)

The original blue that set the standard for the nerdy ranger of the group. Mighty Morphin Rangers have an unfair advantage of being given the most amount of time. But, that alone isn't enough to sweep these lists as I try to go for the rangers with the most memorable moments. Billy, has plenty of memorable moments and great story arcs. He started out as a bullied nerd, slowly became more macho, and even retired his helmet and became the tech support in Zeo. Only ranger to appear in all 145 episode of the original Power Rangers and one worth remembering. Brains and brawn.

Here is a no non-sense & by the books man and a case of a ranger who is unhappy with his color. Sky's Dad was a great Red Ranger before he was killed in action and Sky dreamed of being a Red Ranger just like him. Sadly, his arrogance led to him being deemed unfit to lead. Thus, throughout the whole season his character is trying to be professional while holding back his jealousy. He grows, and eventually learns to lay back and recognize every ranger as equal. In my opinion, if a character is noticably different at the end of a show compared to when it began and the whole process felt natural and un-forced, that is a sign of truly great character development.
That is it for the Blue Ranger picks. There were plenty of great choices, so it is likely you will disagree with me. If you think Cestro, Rocky, T.J., Kai, Chad, Lucus, Max, Tori, Blake, Ethan, Bridge, A Squad Blue, Madison, Dax, Theo, Kevin, Noah, James, Ravi, or Ollie should have been included, let me know why in a comment or forum post. Till next time, peace out.
Posted by Cendoo at 12:00 AM