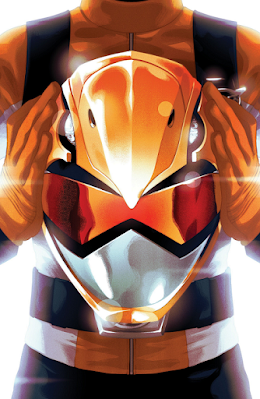 Some ranger colors, mainly purple, are so rare that they don't even have 5 to pick from. So, let's scrape together some of them and see what kind of top 5 this will be. Click "read more" for the full article. One rule, a different shade doesn't count. So, no navy or darker reds. 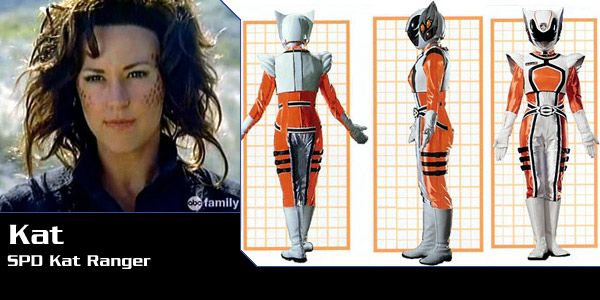 Kat is a really cool character. She was the inventor of SPD's arsenal, was very brave, had a lot of personality, and was always there to give the push you needed. So, why is she only #5? Simple, while as a supporting character she is great, this list is about being a ranger and she only got to be a ranger once. A morpher that only worked for 1 hour. But, she arguable is our only Orange Ranger so far. 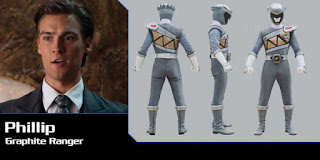 The one and only Gray Ranger; Dino Charge was a great incarnation for diversity. A descendent of the royal family that ruled the land during the era of the original user of the Energems. He is the age old tale of a spoiled prince that turns good. Honestly, while I do like this character, his limited screen really holds back his potential. Maybe one day they will explore this subject again of royalty who desperately wants to be a Power Ranger.
spoilers!

You could argue this is breaking the rules, Aqua Ranger is Cyan which is a type of blue, but since there already is a blue Dino Charge ranger and Cyan is its own identity, I'll let it slip. More importantly, James was a great plot twist. Tyler's father was a mystery throughout the first season and his sudden appearance as the Aqua Ranger even caught me off guard. Sadly, another victim of little screen time. Still, was nice to have a genuine surprise again, even if it was minor.

I can't believe Dino Charge made 3/5 of these choices, sadly there was no choice in that matter. Regardless, Kendall is in the same boat as Kat, the brains behind the team who became a Ranger, except she got to keep her powers. It is always nice to see characters evolve in their roles. This is especially interesting because she was not the original Purple Dino Charge Ranger, but more then proved her worth when the original old man who was Purple proved not up to being a ranger. It is always good to see strong female characters. 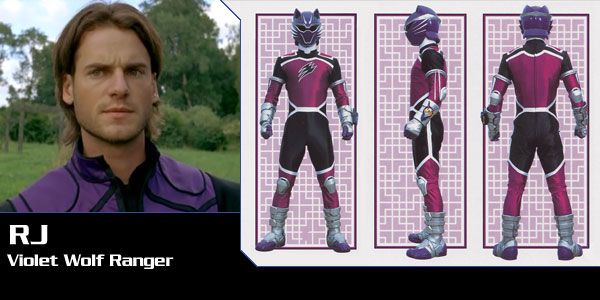 Again, I love it when the mentor joins the team, and RJ was one memorable mentor and ranger. He is Mr. Mello, always laid back but with good advice. However, as circumstances gradually changed, he joined the team as the Wolf Ranger. RJ is a character that would have worked as just a mentor which is one of the traits that make him a good character. This guy is simply the voice of reason that every team needs, even if spoken in a bazaar way, owns a pizza place, and would probably make a good councilor.
That does it for this list. It was very difficult to fill and I had to really ask myself what did and did not count as a separate color or alternate version of a common color. Only other person I could think of was the one off ranger Albert. Regardless, there are only 2 more of these lists left so, let's wrap it up. See you then, woot.
Posted by Cendoo at 12:00 AM