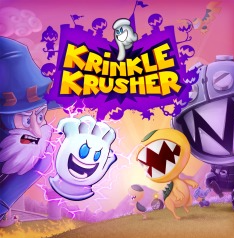 Time for a review of a game that's about blowing cute things up to seventh heaven.  This is Krinkle Krusher, a game where you play as a wizard and a glove, blowing cute baddies up.  It sounds like a promising title.  (Click on "Read More" to read the full review.) 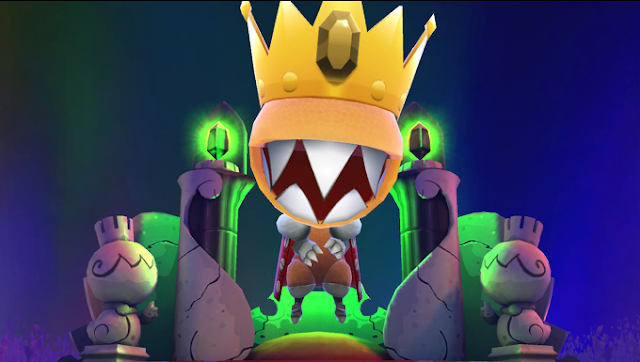 In a kingdom far away, a big tree grows.  This tree bares a tasty fruit that only blooms ever so rarely.  To celebrate this rare blooming, the people throw a big party with a big cake.  All is going well, but oh no! Here come the Krinkles! They are little critters with giant mouths and they want to have the cake and eat it too.  It's now up to an all mighty wizard and a magical, talking glove to stop the Krinkles and save the cake from their taste for destruction... And cake. (Obviously.) 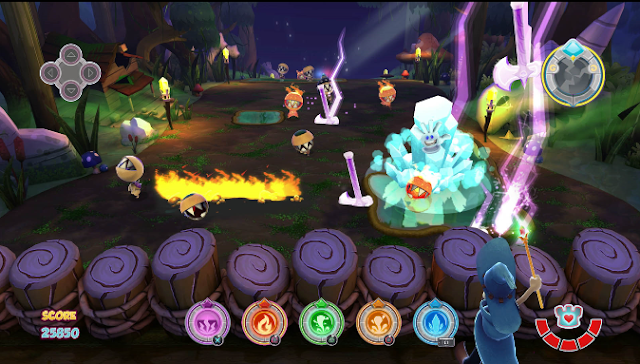 This is a tower defense game, but with a twist.  Instead of the typical building of the weapons around a shoestring path, you have a long hallway where you use a magical glove to cast spells at oncoming Krinkles.  The Krinkles come in waves and once you have beaten them all you can move on to the next level.  Simple stuff.

Different types of Krinkles are introduced as the game goes along.  It's okay because you also gain new spells.  You start off with a purple lightning bolt, but you'll earn elemental spells such as fire, ice, earth, and wind.  All of the spells have their uses, however this is a game that will punish you for spamming them.  Use a spell too much and it'll break.  You'll have a short cool down time before they can be used again.

Certain spells have certain effects on certain Krinkles and that can be used to your advantage.  I won't spoil what the advantages are, but you'll get explosive results... Yeah, the spells can make them grow.  Killing the big ones will cause explosions that'll take out close by Krinkles.  Yup, I totally didn't spoil the explosive advantages whatsoever.  No, sir.  I did not. Nope.

The controls are super smooth and easy to understand.  However, this isn't an easy game to get into because the start of the game is very harsh due to the game only having one spell to work with.  It's a challenge that requires some strategy, but it's worth it because once you earn a new spell, you can use it on any of the previous levels.

You can upgrade the spells, however you'll have to unlock the upgrade shop.  It's not as hard as it sounds and the game is a lot easier once you have some upgrades. (Obviously.)  Sadly, it makes the game far too easy.  While you can't spam attacks, you'll have more than enough spells to make up for that.  It goes from a challenging tower defense to a game about a powerful glove and wizard bringing Sodom and Gomorrah on the Krinkle race.

There are only sixty levels across three worlds.  That may sound like a lot, but it's not as much as you'd think due to how short the waves are.  At the end of each world there is a boss fight.  These levels are interesting due to supplying a new challenge.  Sadly, once you power yourself up, the bosses will become as threatening as a regular Krinkle. 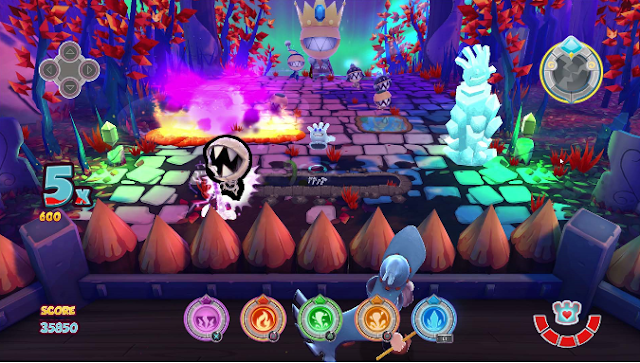 Graphics aren't anything mind-blowing, it looks like a very decent smart phone game.  Despite that, they aren't bad.  This game is very clean and colorful.  Very easy to make out who the good and bad guys are.  Character designs are far from original though, but they are effective. 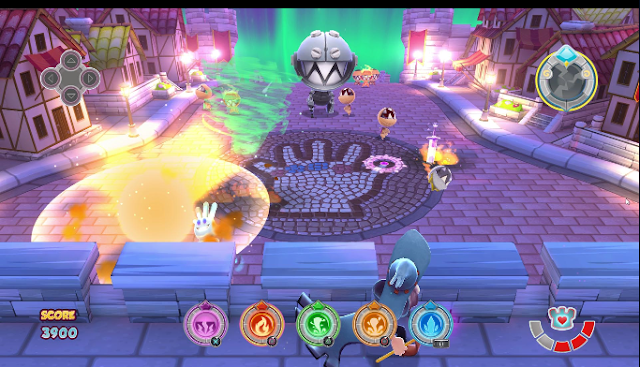 Music in this game is ultra generic and doesn't fully work with what is going on.  If you like happy sounding elevator music then this is for you.  It needed to be a little bit more epic to add in a more appropriate mood.

There is voice acting during the cut-scenes and it isn't very good.  Sounds very amateurish.  The characters also sound like cheap Homestar Runner knock-offs.  (If you haven't seen Homestar Runner, go watch it.) 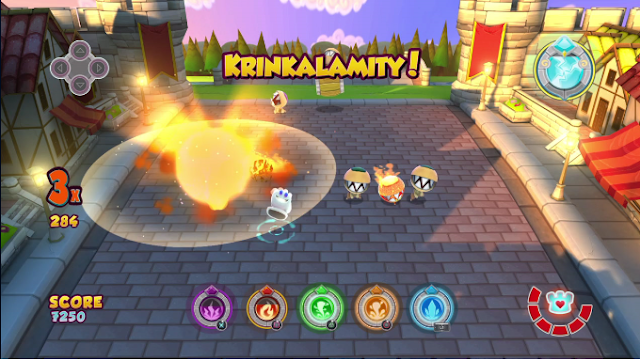 Overall, could use some re-balancing to make the game a bit more challenging.  Other than that, not a bad little game.  Krinkle Krusher adds in some fresh air to a very stale genre, but I only recommend buying this when it is super cheap.  Krinkle Krusher gets a 6.5 out of 10. 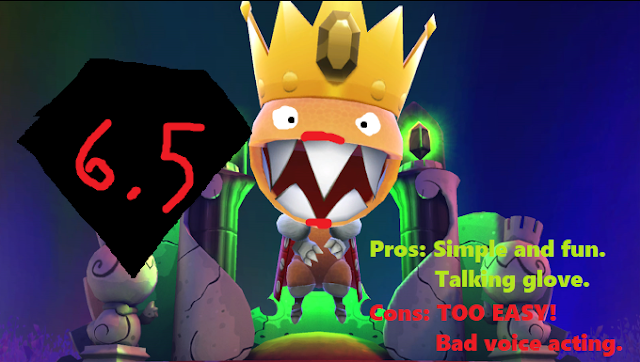 Posted by Retrokaiser at 8:36 PM