Johnny Sokko and his Flying Robot: Episode 05 - The Gigantic Claw 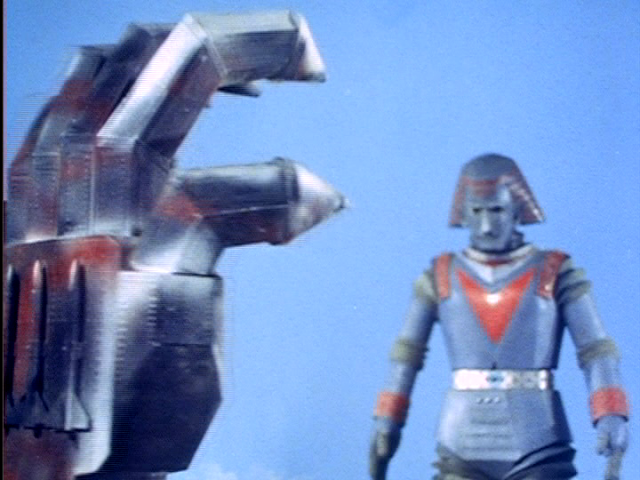 A breakthrough in metallurgy causes the Gargoyle Gang to poop ingots in a frantic race to steal the new alloy's blueprints from it's creator, Dr. Thaddagor (Not sure exactly how to spell it. Was never mentioned in credits). With the durability to endure all of the attacks the Flying Robot can dish out, the new alloy would be able to replace the Flying Robot they once owned and destroy UNICORN with ease. Will Johnny Sokko be able to protect the blueprints as they are transferred to America? Only one way to find out. Click 'Read More' to see my full summary and opinion of the episode.


Overall Opinion: Skip. The plot and pacing of the episode was filled with childlike logic. Granted, the show is meant for kids, but it is a bit much to see Johnny Sokko barely escape the Robot-Of-The-Week even though the robot was able to keep up with the Flying Robot, whom can fly up to Mach 14. The episode's few good moments were having a gas attendant secretly have a gun in the shape of a gas pump and the potentially cool scene of Commander Spider infiltrating a UNICORN stronghold. The scene itself wasn't exciting to see beyond the goofiness of him wearing the UNICORN costume.

The scene is set at a firing range near UNICORN Headquarters. The Flying Robot performs a series of attacks upon what appears to be a building. After the attacks, Johnny Sokko and several UNICORN members inspect the building to discover that it has no signs of damage. The reason behind it is due to the application of Dr. Thaddagor's new alloy, QQV. Dr. Thaddagor plans to send blueprints to several UNICORN allies so the world can be safer with the incredible durability of the alloy.

At least that is what Dr. Thaddagor is hoping he can do. The Gargoyle Gang has other plans for it, like keeping it to themselves. 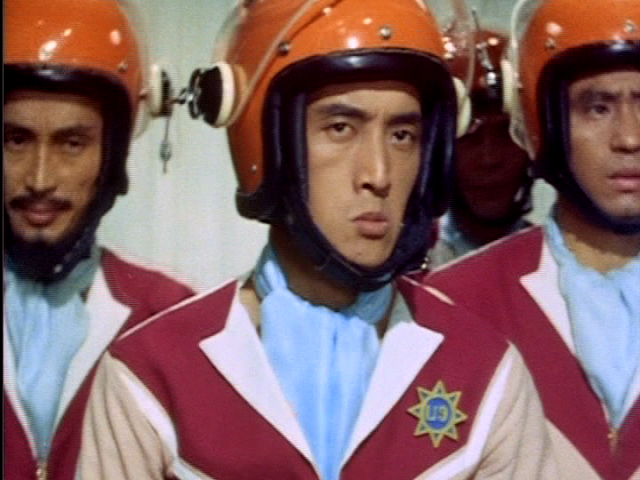 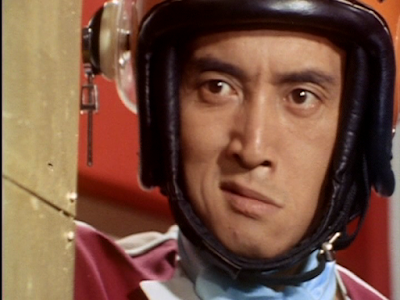 Commander Spider and his menacing men continue their reign at being the toughest henchman by dressing up as UNICORN agents and stealing what appears to be the briefcase holding the QQV documents. Unfortunately for them, it was a trick and held nothing.

With the recent theft attempt, Johnny Sokko is ordered to escort the QQV documents to America for safekeeping. They attempt to do so and fail gloriously at it. Commander Spider ties them up and with tradition, elects to not kill them. Johnny escapes and has the Flying Robot defend the transport team from the Robot-Of-The-Week: The Gigantic Claw. It's seriously a giant hand with a rocket booster on it's bottom. The Claw grabs the Flying Robot, somehow loses it's grip on the Flying Robot, and gets sprayed to death by rockets and a flamethrower. Oh, and for some other reason, the Gargoyle Gang decides to not pursue the QQV documents as it crosses the Atlantic Ocean. THE END? 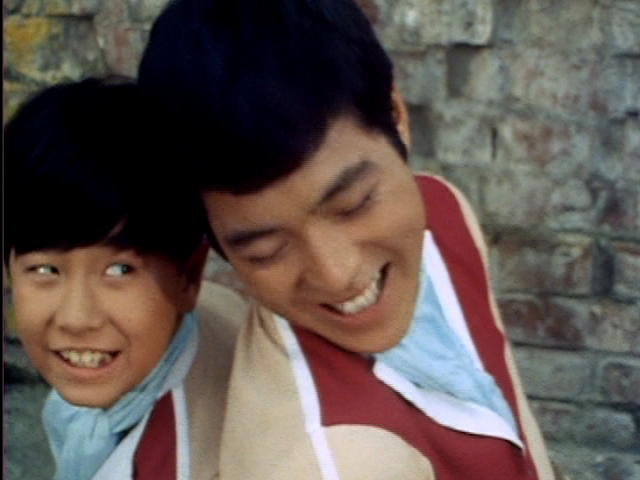 
This episode was awful. It has a ton of plot holes and is inconsistent with character development from the previous episodes. Why would Commander Spider care about keeping the kid alive if they were going to get a new alloy that would surpass the robot they wanted so badly? Characters suddenly show up out of nowhere to save the day and the Robot-Of-The-Week does nothing significant in the episode.

I feel like they did the impossible: They did too much at once while taking too long to do it. It caused the bulk of the scenes to be resolved in a rushed manner, ruining a potentially decent episode.
Posted by Roy Kingston at 11:00 PM