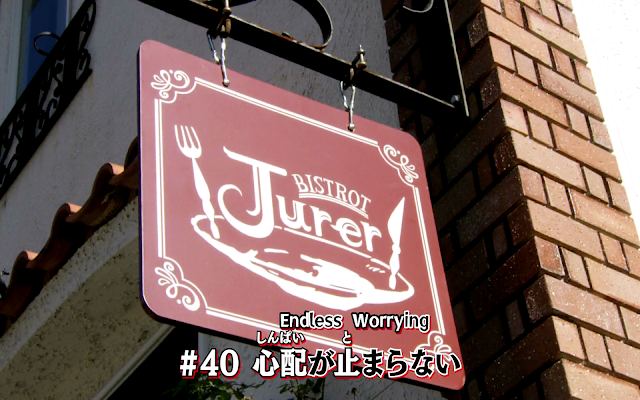 This episode is promising to be a weird one. The last episodes preview showed Kairi getting married to a stranger. I can't stop worrying, about what will happen. Click "read more" and let's find out.

The episode begins with Tooma and Umika returning the last episodes Collection Piece to Kogure. Kairi is missing; he has been playing hooky a lot more recently and the other two get suspicious. They then cut to Kairi walking across a bridge lost in thought. That's all we get before the theme song.

Well, that was a basic intro if I've ever seen one. 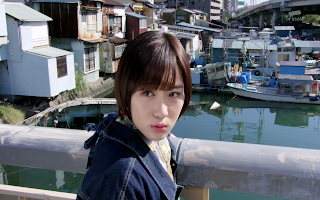 One theme song later, Tooma and Umika have started following Kairi in secret to see what he is doing during all his goof off time.

And for some reason, a lot of this episode is taking place around a boating area.

This not so thrilling stake out is interrupted by the new monster of the week.

A pirate ship elephant that is apparently a dugong and manatee?

Dugoong's collection pieces power creates smoke screens. In addition to that, he has the power to shoot some shockwaves that when hit, causes the target to have amplified feelings of worry and freak out about trivial stuff like whether or not they remembered to lock the door or turn the gas off as well as have extreme paranoia that causes imaginations to run wild. This Gangler must have attacked me a long time ago.

Cutting to the Patrangers HQ, they have a sketch of the new Gangler and debate on whether or not it is a dugong or manatee. Why is this relevant? Also, why aren't the Patrangers at all looking for the Gangler?

Coincidentally, Tooma and Umika are also freaking out over this debate of dugong or manatee.

More importantly, back at the Gangler's HQ, Dugoong Manattee is absorbed in his research about the 2 teams. 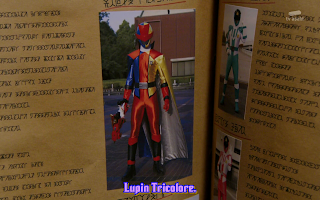 That's the first reference to that movie we had in the 20ish episodes since it aired. I almost forgot they had fusing/multiplying powers. On a more serious note, it is rare to see a monster of the week take this much preparation.

Meanwhile, Tooma, Umika, and Noël Takao this time try following Kairi again. However, they are still under the Gangler's spell so they overthink every little thing Kairi does and worry to will lead to stuff like a broken marriage, eating too much and exploding from a woodpecker, and meeting a sniper from a secret organization. This part was hilarious! Seriously, almost made the episode a favorite just from that alone.

Eventually, Good Striker appears and tells the Lupinrangers that Dugoong Manattee is back and rampaging. So, the 4 Lupinrangers all appear to confront Dugoong.

Good striker hasn't been relevant in awhile. Was this pity screen time?

Upon gathering, Noël Takao realizes that Tooma and Umika were placed under the amplified worry spell and not Kairi like they were worrying about. Well duh!

A few team building epiphanies later, blue and yellow are too far in the worry spell to fight so Kairi and Noël Takao henshin up and take on Dugoong without them. The two quickly go into their super forms and easily steal the collection piece. 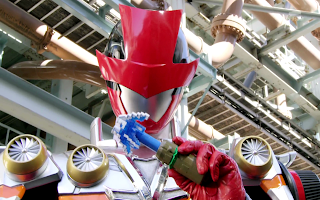 Why does that make me think of minecraft?

After the collection piece is successfully taken, the Gangler is easily defeated and made giant. Kairi summons Lupin Magnum and Noël Takao summons X Emperor Slasher and are later joined by LupinKaiser Magic. A new magic trick is used to show all the forms of LupinKaiser.

One of them is off and they play a riddle on the Gangler by telling him to guess which one.

I don't know what reeks more. The obvious fan service or how much a magic mech gets away with plot convenient.

The Gangler actually guesses right in that Siren LupinKaiser's right arm is different.

Gotta admit, even I would not have guessed that right. Just shows how forgettable these mechs are.

The Ganglers prize for guessing right is getting blown up and the Lupinrangers bid him an Eternal Adieu. That felt kinda mean.

The episode ends with Kairi showing Tooma and Umika why he has been playing hooky. It was to take care of a stray dog. 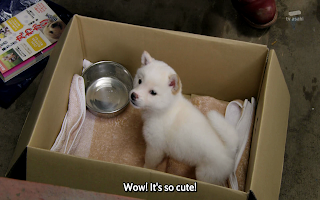 Noël Takao and the Patrangers show up and Kairi shows Keiichiro the game he was playing on his phone as a way of reaching out. (For context; Keiichiro has been trying to connect with Kairi because he is worried about him but Kairi has been pushing him away because Keiichiro reminds him of his brother. On an earlier episode, Keiichiro asked Kairi about the game he was playing but Kairi refused to answer.) They all walk away while petting the puppy. The End! This was the second scene the Patrangers got.

This episode wasn't bad and had its share of funny and memorable moments. However, it also serves as a prime example of my biggest problem with this season, in that it favors the Lupinrangers far too much over the Patrangers. To a certain extent I expected this, at first glance the Phantom Thief Costume is cooler than the Police themed ones so the popularity would obviously be with the Lupinrangers. But, things got out of hand; the Lupinrangers have far more weapons, screentime, and the writers don't seem to care much about the Global Police beyond the support they give to the Phantom thieves as demonstrated by how little involved they have gotten.

However, just judging this episode alone, it is passable. The fighting was pretty underwhelming but the worry beam got some genuine laughs out of me and the monster was almost interesting. It's only real purpose was to hint at things to come and show that the bond between the two reds is starting to grow. 3/5
Posted by Cendoo at 3:38 AM