Cyberpunk and the Electric Sheep: Part One

Doing something a little different this week, taking a small break from my anime overview of SAC, same vein different blood if you know what I mean. Click on "Read More" if you're interested. 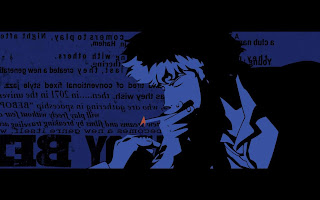 "What happens when technology subdues humanity? When humanity is no longer defined by being human?" - Adult Swim Ghost in the Shell SAC promo from the 2000s.

What is Cyberpunk? When the word comes to mind, it probably reminds you of classic films like Blade Runner, The Matrix, Terminator, Akira, Robocop... The dystopian future ruled by the iron fist of lawlessness and the over abundance of futuristic technology, aided with the glow of flickering neon washing over the whole scene like a tidal wave. It's definitely an icon in our modern culture as we inch closer to our own technological boom, with the upcoming released of CD Projekt Red's Cyberpunk 2077 on the horizon as a notable future contribution of genre.

“Survival of the fittest is the law of nature. We deceive or we are deceived. Thus, we flourish or perish. Nothing good ever happened to me when I trusted others. That is the lesson.” – Faye Valentine, Cowboy Bebop 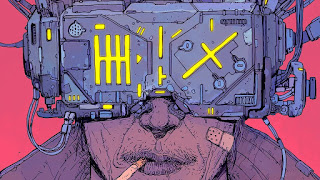 Cyberpunk is a sub-genre of sci-fi as well as a culture that is hard to define completely, as it seems to be a broad term for a range of futuristic dystopian scenes. On one side of the fence, you see evil corporations and secret groups ruling over the simple masses, occasionally in the place of the government, and on the other side you see the down trodden attempting to fight back against the working machine using a grunge covered underworld of illicit trade in drugs, sex, gangs, and more. And in the middle of it all, corruption, social change, and politics. 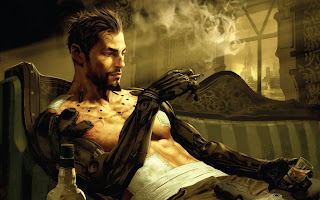 But where does Cyberpunk as a genre and culture get its roots? Where did it come from and why do we look at it with bright and starry eyes today, muttering underneath our collective breaths that we wish we had cool robot arms and those pop out sunglasses like Adam Jensen from Deus Ex? (Even though he didn't ask for it.)

The term "Cyberpunk" comes from a short story written by author Bruce Bethke under the same name, published in 1982, while the true heart of the genre was put into stone with books such as Neuromancer by William Gibson in 1984, a book about a hacker who steals from his employer who infects him with a toxin that causes him to be unable to connect to a version of the internet called The Matrix. An early movie of the genre was Blade Runner which released in 82, based loosely on Do Androids Dream of Electric Sheep? by Philip K. Dick which tells the tale of Rick Deckard and his quest to hopefully earn enough money to buy a live animal to replace his electric sheep. 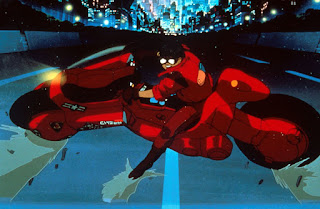 “They were too scared, so they hid it away from the public. They forgot all shame and honor, cast off the civilization and science we had created, and shut the lid of the Pandora's Box they themselves had opened.” - Colonel Shikishima, Akira

There's also Japanese Cyberpunk, which began with the appearance of Katsuhiro Otomo's manga series Akira, with its 1988 movie later popularizing the subgenre. Other notable figures in Japanese Cyberpunk are Cowboy Bebop, Ghost in the Shell, and Battle Angel Alita- which recently got it own live action adaption after being in development hell once James Cameron picked up the film rights in the 2000s. 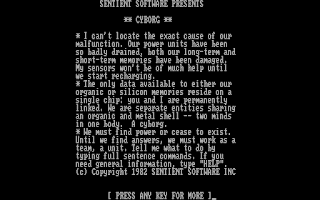 In terms of video games, the first Cyberpunk game came out in 1981 with the release of the text only game, Cyborg for Apple II, Atari 8-bit, Commodore 64, Macintosh, and PC Booter. The game tasked the player with finding an energy source to stay alive after an artificial intelligence electronically merged with the player due to a science experiment.
Some recent examples are games like the Deus Ex series, Metal Gear, Red Faction II and yes, John Romero's Daikatana is considered a Cyberpunk game according to a couple sources I found... Somehow. I won't lie and say I've played it.

So I don't ramble too badly, we will pick this up in a part two, going into more detail over the gaming aspect of Cyberpunk and picking out a couple of the modern games to look over and view their themes. See you soon.
Posted by FenrisTheRogue at 11:30 PM