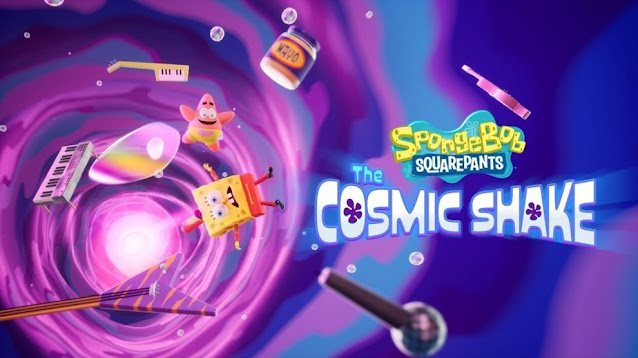 THQ Nordic showed off the very first footage of the upcoming & very exciting 'Spongebob Squarepants -  The Cosmic Shake' video game, and unlike other certain publishing companies who I most definitelly won't mention right now, this is how to absolutely pull off a fantastic video game reveal, without confusing anyone, delaying the information or being highly & frustratingly secretive about said other game. You guys know what I mean.

Gameplay showcase reveal for Spongebob - The Cosmic Shake
The Cosmic Shake appears to be an open-world like Spongebob game which looks incredible and awesome. Kind of reminds me of Super Mario Odyssey. Yes it's no secret that i've been writing about the frustrations of the release and absolutely bonkers marketing choices that Sega have been up to for their upcoming title Sonic Frontiers, with gameplay reveals & footages that have confused absolutely everybody. However, looking at what THQ are doing for their upcoming game, they have done everything right. They have marketed  this game brilliantly. This 3 1/2 minute video shows off everything I wanted to see. We've got cutscenes. We've got explanations of the story. We've got gameplay footage. We've got combat footage. All in the one video!

While there is not very much news regarding the story and such, The Cosmic Shake is expected to release sometime in 2022. I'm certainly very excited about it. If you can't wait for it at the moment, go play Battle For Bikini Bottom Rehydrated.
The Cosmic Shake is planned to be released on Xbox One | S/X, PS4, Nintendo Switch & PC.
Posted by Cameron1391 at 9:14 AM