Interested in some Action & Strategy gameplay that feels like an adventure RTS in the style of old school PC gaming? Then this is the game for you. Dog Duty is not a game that is easy to pickup and play, but giving it a chance and learning how it plays can yield some fun times.

The story in this game is as simple as they come. There is an evil Octo-commando that is evil and threatening the world piece. So, you take control of a growing group of mercenaries that set out to stop this force, one fort at a time. 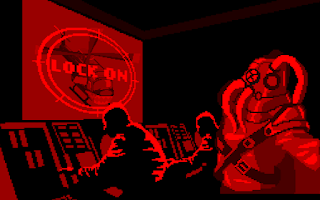 Dialogue is also fairly simple, but some humor is thrown in just to give the characters some personality. It isn't much, but a nice little addition. The one-liners that each character repeatable say during battles can get a little old, but they aren't hard to ignore. 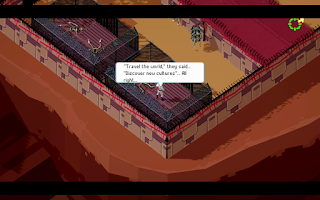 Overall, the writing is basic. However, this game could have probably gotten away with not even including a story at all so it at least shows some ambition behind the developers. To summarize, not much, but enough.

This game is very heavy with strategy and does require some a fair amount of skill to get through. Your squad consists of 3 of your mercenaries that you will unlock overtime and controls very similar to an RTS. No direct control, you give your squad orders and they will shoot at any enemies within their range or use their special abilities when given the command. Real Time Tactics as the developers put it. Items can also be purchased or stolen from bases and used with limited quantities. You can pause time to give orders with more time to think. 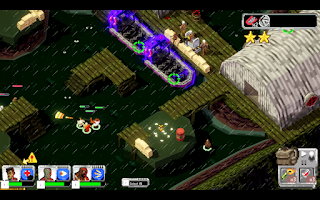 Each character has a special ability; typical stuff like healing, a better attack, or moving around the map faster. If one of your characters is defeated, they can be revived by another one. However, enemies don't stop coming until a satellite is destroyed so it is not always safe to do so. 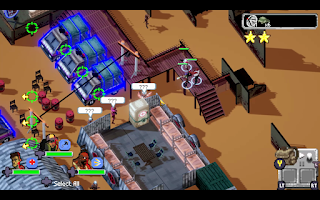 Besides abilities, there are various types of guns that can be found or purchased. Each one has different types of shooting that better fit different situations. They are all simple to understand, the sniper rifle is slow but has long ranger and a shotgun can spread but is not good for distance, ect. Guns can be switched out freely during battle which does encourage experimental behavior in gaming. 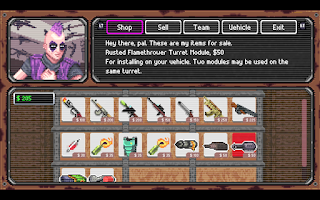 These battles have the player heavily outnumbered, meaning just marching forward and fighting is a guaranteed defeat. Sometimes it is best to sneak past enemies and choose your targets.
The objective of each battle is simple, destroy the satellite to stop enemy reinforcements. Then, move on to destroying the main target (which changes), finally, defeat the remaining enemies. 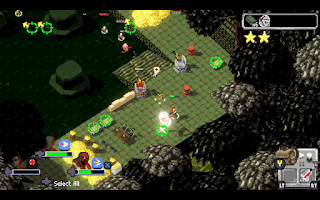 Only the final area containing a boss is needed to clear an area. However, defeating outposts along the way will weaken the boss area and this game is hard enough to justify the extra effort. Stopping at a captured outpost will repair your vehicle and set a spawn point for if you are defeated. 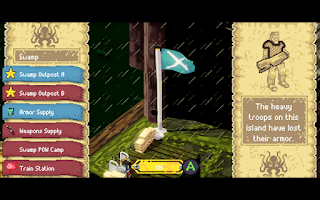 There are three areas that must be cleared out in order to unlock the area to take on the Octopus Commander; a swamp, desert, and river. You travel to each area, as well as navigate the areas, using vehicles. These vehicles can be customized and even attack enemies before deploying your squad. However, they control very slippery. 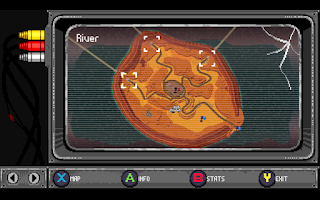 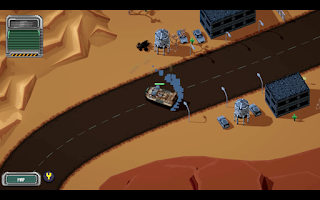 Aside from capturing outposts, you can also get into fights with other vehicles that are chasing you. If you exist a vehicle while not at an outpost and with enemies around, you will be sent into battle with them. This is a method to grind more money for items and new weapons. 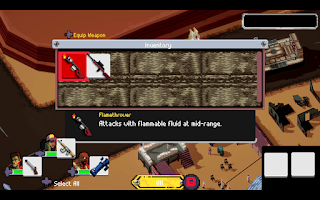 In short, gameplay is a simple concept on paper, but takes a little time to get good at. Strategy is key, but there is always more than one way to win a fight. It is a nice challenge for people who are into tactical games, but I doubt any casual gamer will find much enjoyment from this difficulty.

The music in this game is really good, fits the action well. Tracks are a little stock maybe, but they are at least well matched. Sound effects basic, nothing unexpected. Guns, explosions, vehicles engines, ect. Basically, it is all good, but something stands out enough to bring up.
There is technically voice overs, but only during battle. Characters will say things like "understood", "reporting", or "on the move" whenever telling them to move to a location; or things like "powering up" when using a special ability. These happen every time the commands are given and I could see some people getting tired of them, but I found them harmless.
Like a lot of indie games, audio is pretty good but nothing different than expected.

Visually, the game is isometric that actually does have some 3D models and the game reminds me of old school pc games. 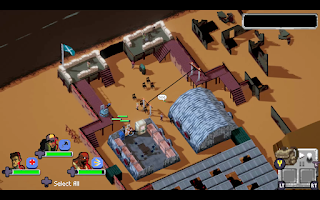 It is a very short game with only 3 major areas and the final enemy stronghold and there is no reason to explore the maps. There is definitely a fanbase for this style of graphics, but visuals are still very simple and nothing special. This game is simple looking to fit with its simple nature.

Dog Duty is a game that is not bad, but difficult to recommend. There are plenty of people that will enjoy it, but it is very short, even for a $15 title and probably won't turn newcomers onto the Real Time Tactics genre. However, there is a lot of effort put into what is here. The game is challenging without being unfair and it is satisfying to win a battle after losing it repeatably. This really may be a game who are already fans of the tactics and enjoy retro style PC gaming. Take it as you will, not a bad game, but one that is not for everyone.
Writing - 6/10
Gameplay - 7/10
Audio - 4/5
Presentation - 3/5