Green Phoenix - The Brave Little Toaster to the Rescue Review 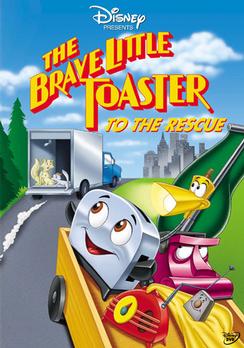 A little over two months ago, I released my review of The Brave Little Toaster, a deeply loved children's film of mine that has thrown me into a nostalgic spiral for the past few weeks. While writing that article, I realized that I would be remiss if I didn't talk about the entire series.

Because for reasons that I still cannot fathom, The Brave Little Toaster is actually the first film in a trilogy of films. Admittedly, these films are direct to VHS but the point that of all films, this one would have not one but two sequels kind of boggles the mind.

Several years after the events of The Brave Little Toaster, the appliances owner Rob is preparing to finish his college thesis while helping a veterinary clinic to rehabilitate various animals. When a computer virus completely wipes out all of Rob's progress, his life is thrown into disarray and it is up to Toaster and his friends, including the animals that Rob is caring for, to uncover the source of the virus.
Their investigation leads them to an old abandoned supercomputer in the college's basement that needs the appliances help. All the while, Rob's lab assistant plots to sell the animals to a testing lab right under Rob's nose and it will be up to Toaster and his friends to save not only the animals, but the supercomputer as well.
***