Homefront is an FPS video game version of the movie Red Dawn, complete with a "Go Wolverines" scene. America has been invaded and occupied. And you must lead a rebellion through the war torn suburbs against the Korean occupying force. You play as Jacob, the silent protagonist who is rescued from a prison transport and thrust into battle. 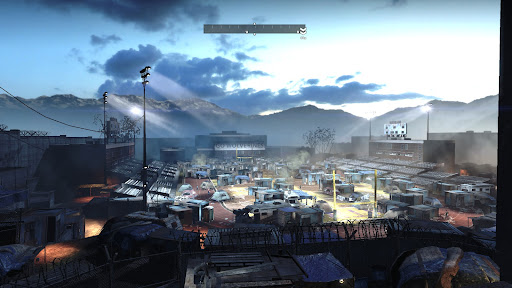 The campaign took me 4.5 hours to beat. This is very telling of first-person shooters of the 2010s. Most of them play by having you follow a leader character who walks you through the scripted action. That is how this plays out as well. Although, the rails don't seem quite as tight as the Call of Duty games of the time, make no mistake. This is on rails. You will need to keep your arms and legs inside the vehicle until the plot comes to a complete stop.

The first half of the story is really good. I enjoyed walking through the war torn houses and the atmosphere was really believable. In the last half, there is a shift and the player must leave the suburbs and face off against ... preppers? or something? Apparently when you leave the suburbs, everyone who was even a little bit of a country boy and up being a lunatic murder-person-thing. The story took a weird turn, but the game play in these sections held up. The country environments were fun to play in, and honestly the weirdness of the story didn't last too long.

Ultimately it concludes with a final battle on the golden gate bridge. The country boys are gone. It's you verses the clear enemy on a large set piece. A good ending to a good game with a weaker second half. 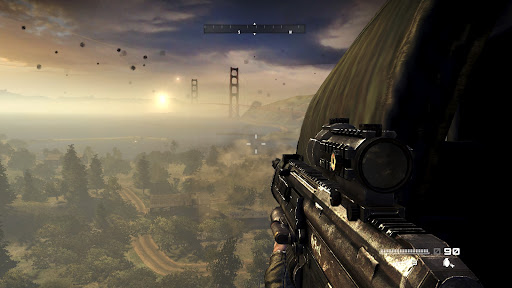 The multiplayer mode is unfortunately dead, but had some good ideas such as highlighting players who were on kill streaks and making them more valuable to take down. I was able to play this once with a group of 5 players, so the servers are still up at this point. Also I see folks trying to get groups together in the Steam forums. However, gone are the days when you could just open up multiplayer and find a game any time of day.

Homefront retails on Steam for 19.99, but goes on sale with every major holiday sale. I was able to pick it up for 5 bucks and it was well worth it.

Posted by Critical Failure at 9:16 AM