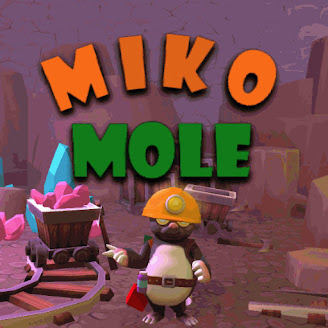 When you think about games that were released for the Playstation 4, you're normally thinking of stuff with incredibly good graphics.  However there'll be a game that comes out every now and then that'll leave you thinking, "How the hell did this get released on this console?".  Miko Mole is one of those games.  Looks can be deceiving and maybe this game will end up being a diamond in the rough... Maybe.  (Click on "Read More" to read the full review.) 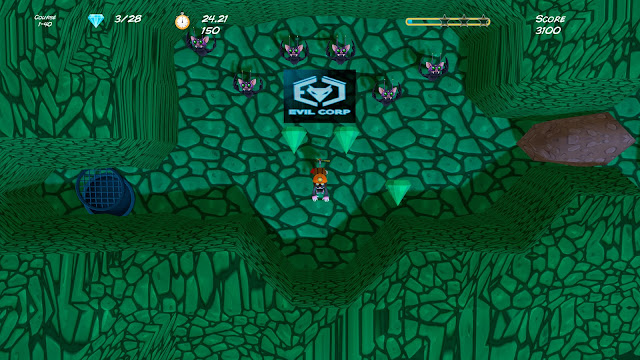 Miko is a mole that really likes digging around and collecting diamonds.  Miko just happens to find some really good mines that are full of big juicy diamonds... AND DANGER!  For you see, these mines are owned by evil corporations.  Miko doesn't care and goes after them while thinking to himself, "Is it really stealing if the mines are owned by the bad guys.".  The answer is: Yes. Yes it is, Miko. 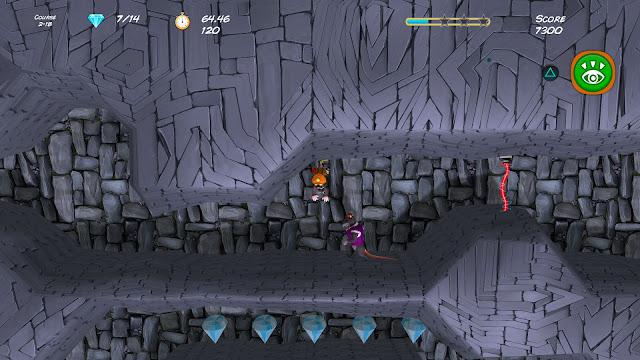 Gameplay is really simple.  Grab the diamonds and find the exit.  Okay, maybe it's not that simple as you have got to avoid obstacles such as: Bats, rocks, water, spotlights, and more.  All of the levels are underground, meaning there's a lot of dirt and tight spaces to move around in.  Some of the dirt will be diggable, but that doesn't mean that you shouldn't be careful as rocks will fall when they are above a clear path.  You will have a dynamite item later on and this will let you blow up holes in solid walls.  I don't normally like to compare games, but if you've played the classic game, Boulder Dash, this is essentially a 2.5D version of that classic.

It's a nice and simple concept that works well.  It's a game you can just pick up and play without really knowing what to do.  There's quite a decent amount of challenge that will get your mind thinking into what's the best way into tackling a level.  I wouldn't recommend playing this one for long periods of time.  The novelty wears off quite quickly and you'll soon be scrounging to be playing something else.

The amount of levels found in this game is massive.  There's 250+ levels, all incredibly different in layout and were fun to explore.  So, the variety is most certainly there, but as I've said before, you'll get bored with this game if you're playing in long sessions.  If you want an extra challenge, try going for all of the trophies.  They are pretty insane for a small game like this.  For example, one of them is about beating a bat ridden level without harming any of the bats.  It's a lot more harder than you'd think and was quite a satisfying accomplishment. (Even if all I got was a lame ass bronze trophy.)

Miko controls and moves around just fine.  The collision detection and physics is where things start to get a little wonky.  Bumping into rocks will normally activate and move them around, but sometimes they'll act a tad bit odd by not wanting to move.  Sometimes they can get flat-out stuck in the solid dirt, leaving them unable to be moved.

The hit box for a baddie is typically good, but much like the rocks, it can act a bit odd.  There have been a few times where I got eaten by a bat when I was out of its reach.  Granted, it wasn't that far out of reach, but it still happened.  Lastly, the dynamite power-up can fail to do its job by blowing up walls.  There was an instant where it was failing to blow-up a wall, yet when I re-did the stage, it was able to blow up that same wall.  This game has quite a few loose screws that could've used a little bit of tightening.

I wasn't the biggest fan of the user interface found on the main menus and after completing a stage.  In-fact, I really hated them.  They are just icons that don't tell you what they are used for.  I did get the idea after getting a good look at them, but they could've used a little bit more details such as words telling you what the options do.  They are just slapped on in the most laziest way possible. 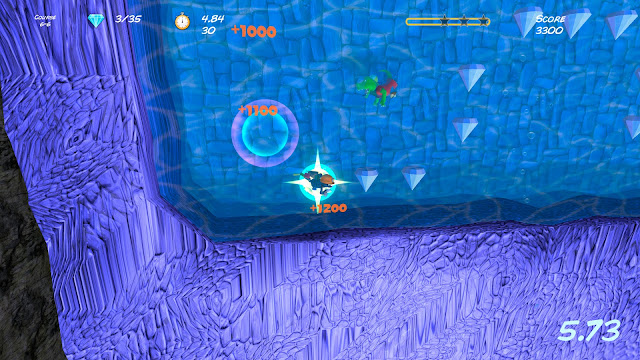 It'd be one hell of a stretch to call the graphics anything remotely good.  They are really low quality and look like something that'd you find on the PC back in 1998.  With its muddy textures, low-poly models, and very, very ugly characters.  This could pass off as a neo-retro game, but something tells me that this wasn't their goal.  It's just a result from the tools that the devs had to work with.

While it is ugly and outdated, it's what makes the graphics fun at the same time.  Graphics do give this game a heavy layer of retro charm. This is the kind of charm that'll take people around my age to the time of ugly PC classics like Hamster Ball.  Graphics did have some flickering problems when too many objects appeared on the screen.  This is weird seeing as this is a PS4 game.

One thing that I was not expecting was that this game has some blood and gore.  No, no, no, it's nothing that would scar your kids for life.  (That's what the graphics are for. Ha ha boom boom!)  When Miko gets eaten by a bat, a bloody mist will quickly spray.  The reason why this surprises me is that this is an E rated game.  Seeing blood in an E rated game is certainly not unheard of, but it is still very weird to see. 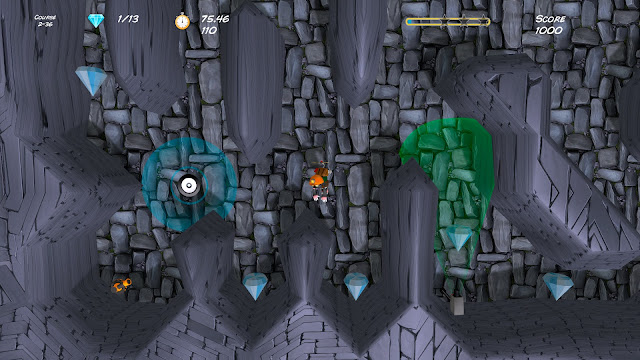 Music in this game is so bad that it's good.  If you like classic rock from the 70s such as: Bachman-Turner Overdrive, Chicago, and Blood, Sweat, & Tears, you'll find some enjoyment in its guitars and horns.  Sure, it's also very cheap sounding, but it has a layer of charm that put a big ol' smile on my face.

The sound-effects won't produce the same effect.  There's a lot of harsh and annoying sound-effects that will just make you want to cover your ears in pain.  They are not comfortable. 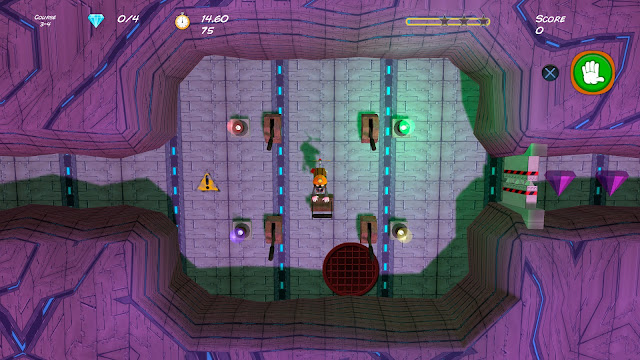 Overall, Miko Mole isn't the worst game out for the system, not is it the best.  It is an okay game that takes the Boulder Dash gameplay and gives it a new twist.  It's fun to play in short burst, but isn't anything that the ultra casual gamer will get a kick out of.  This is a game that's purely for the Playstation fans that really like to play some of the real deep cut releases found on the console.  Miko Mole gets a five-point-eight out of ten.  5.8/10