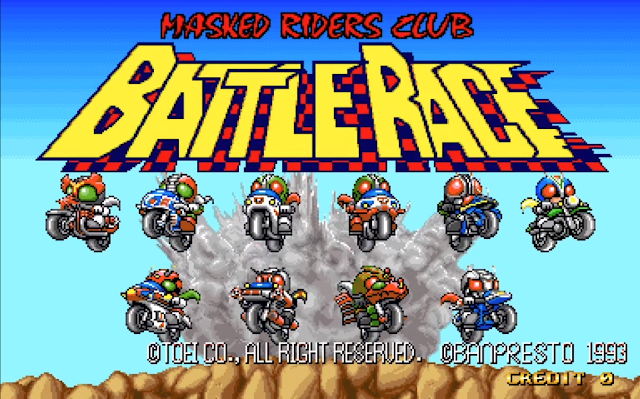 It's time for another Kamen Rider video game review.  All of the previous installments of my Kamen Rider game reviews were for Playstation One games.  This time however, I get to dive into the ultra hyper crazy exciting world of arcade games that never got a home port.  This is Masked Riders Club Battle Race.  Yes, this is one of the rare times where I get to used the Masked Rider name instead of Kamen Rider.  (Click on "Read More" to read the full review.) 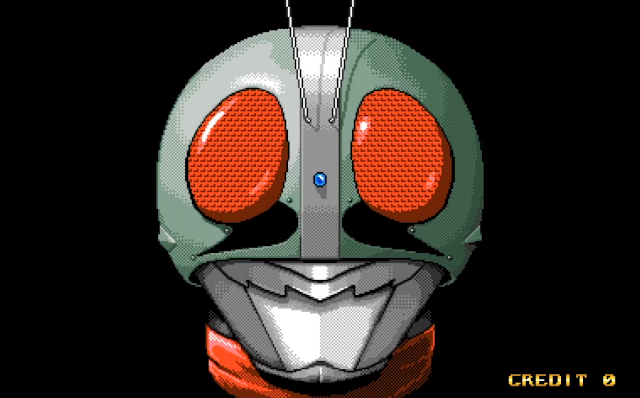 Note: Game was played on a real arcade machine using a JAMMA set up, not MAME.  Sadly, the arcade board I was playing was a boot-leg.  It still ran near-flawlessly regardless.  The only problems that this boot-leg board had that the official one doesn't have were that continues and two player mode didn't work.  Such a shame too. 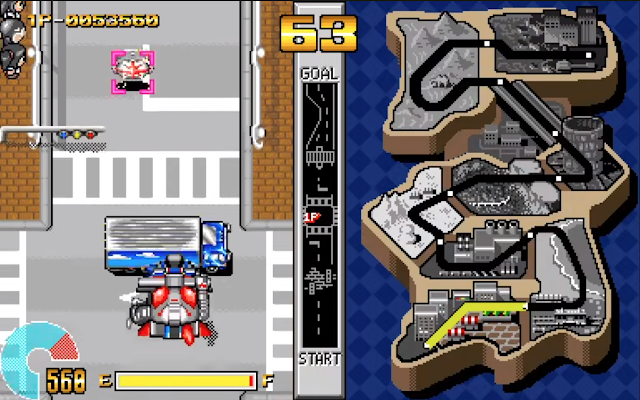 Masked Riders Club Battle Race is a birds-eye viewed racing game.  You get to pick a Kamen Rider and race to the end of a stage within the time limit.  The stages are quite crazy as they are full of many crazy things mixed in with crazy themes such as: The beach, the snowy top mountains, dirty factories, and more.

This game isn't very long, but man it is difficult.  You really need to have a tight run in order to progress through the game.  There's a lot of baddies and obstacles that will do their best to slow you down.  Thankfully, you can run over most of the goons on the track, some will require a swift attack with a simple press of a button.  The obstacles themselves can not be attacked and they will make you spin out big time when touched.  Some of the obstacles are just plain cheap and will do more than slow you down.  Some will just trap you to the point where you can't do anything other than wait for the timer to go down.

You must not only worry about your timer, but your gas gauge as well.  Yup, this game practically has two timers and they both run at different speeds.  You can collect items that will refill the timer and gas by just a tiny bit.  Some of these items aren't worth getting most of the time as they are in some very tricky to get to spots.  Unless you're a master at the stages, avoid them if you must.  Other items will power you up and give you points.

There are ten riders from across many different series.  Each with their own look, attacks, and stats, giving you plenty of options and ways to play this game.  It's an incredibly fun game to play even if the game did pull a John Romero and made me its b***h.  The controls are simple, yet very tight.  The levels are crowded, yet you get more than enough room to navigate around.  The enemy patterns and obstacles remain the same with each play through, but the game did not get repetitive.  I had more fun replaying the stages and trying to beat my time. 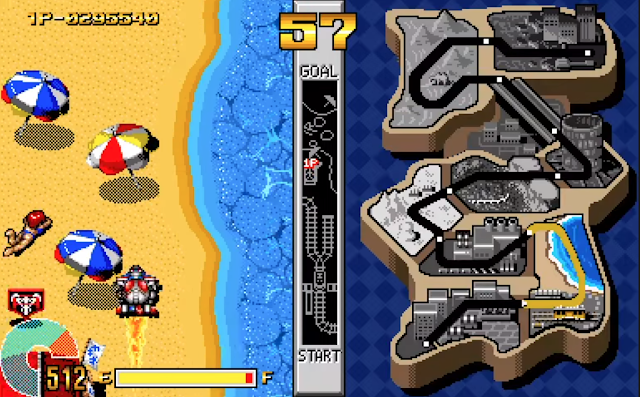 The graphics are really colorful and have a ton of character and personality.  There's a lot to keep an eye out for and it is guaranteed to put a smile on your face every single time.  The sprites and backgrounds are also really well designed.  Nothing looks off or ugly.  I also really dug the thick black outlines surrounding the characters as it gives them a little bit of an extra pop.  The animation is very smooth with no slow down or flickering. 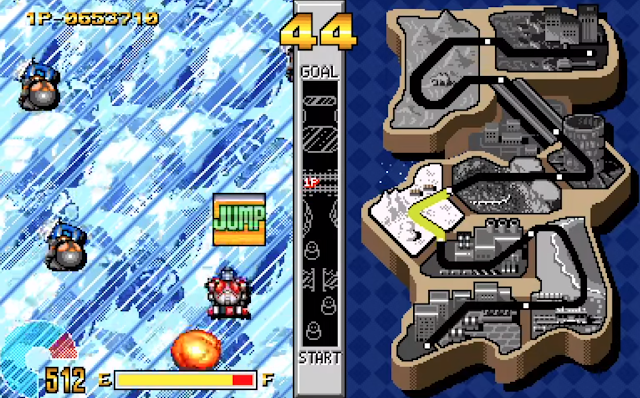 Unless you have watched any of the old Kamen Rider series, the music will sound like cheesy pop music, very weak sounding music at that.  It will mean nothing to you, not that you'll notice, you'll be too focused on beating the game.

To those who do watch Kamen Rider, the music will sound very familiar.  That's right, each stage has a different Kamen Rider main theme playing in the background.  The quality is still terrible.  It's very weak, lacks any grandness of what the main themes had in the TV Show, and it isn't very fun sounding.

The sound effects are a lot better. The sound of your bike will pump you up full of adrenaline, excitement, and unleaded fuel.  The sound of the attacks are satisfying.  It makes me feel like a kid watching Mighty Morphin Power Rangers for the first time, even though that's a bad example because the soundtrack and effects don't sound anything like Mighty Morphin Power Rangers.  What I'm saying is that it'll get you excited.  I don't know why I didn't say that to begin with... Oh, wait.  I did. 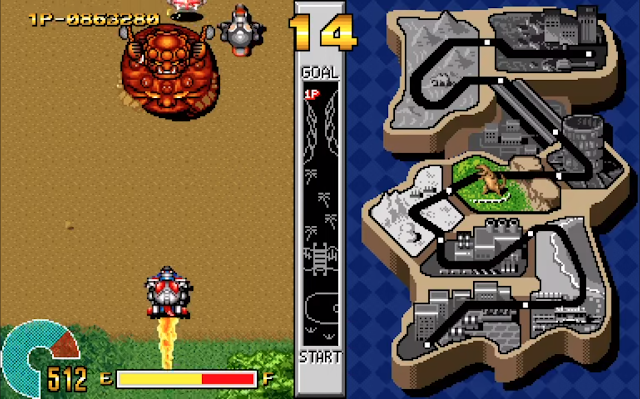 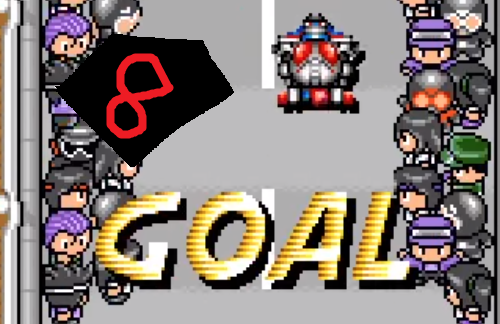 Posted by Retrokaiser at 8:27 AM