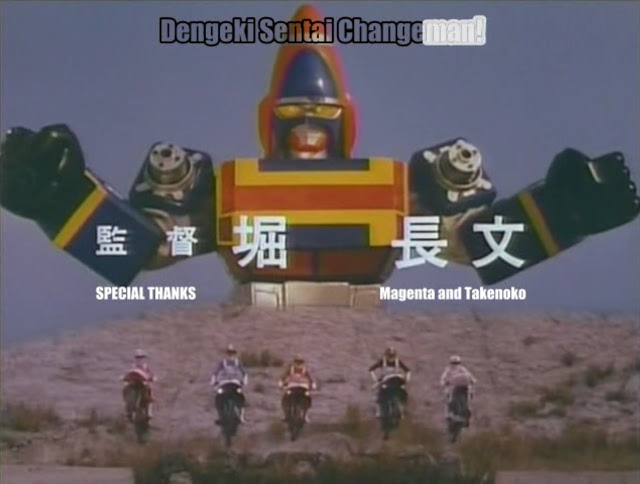 The episode begins with a military training scene in Yan Kibu for Earths Defense Force. This is going to be a very straight forward season I can tell.

Things get really crazy when their commander, Ibuki, starts firing at the training soldiers with a machine gun in a helicopter and setting off more explosions. I'm not a soldier but I am pretty sure they aren't supposed to use live rounds in training.

Elsewhere, we get our first look at this seasons main villains. 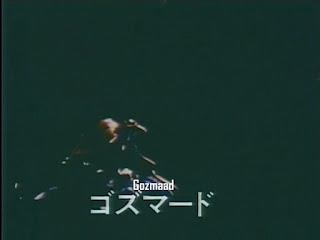 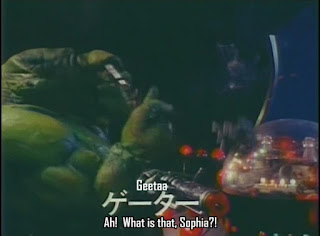 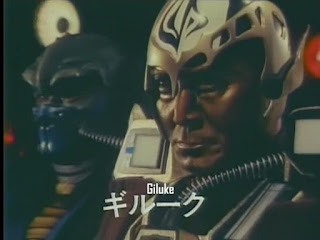 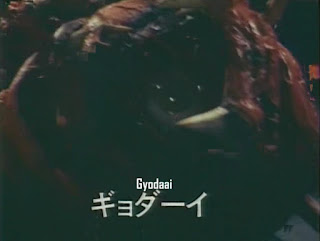 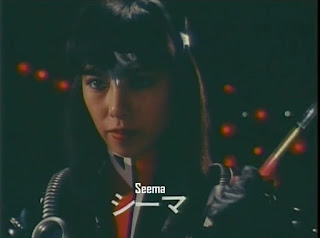 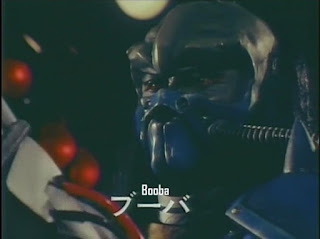 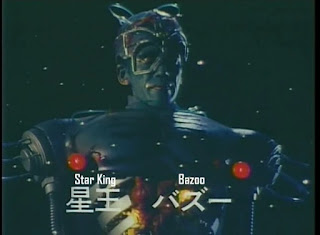 The Gozmaad, led by Captain Giluke, happen to see Earth while flying in space. This crew all worship the Star King Bazoo, and are not at Earth to make friends. Bazoo appears and gives this crew the order to conquer Earth, to which they all vow to do so stating they have already conquered and destroyed countless planets and send a few ships down.  Looks like a typical alien invasion story.

Back at the training grounds, the soldiers get pushed too hard and quit. 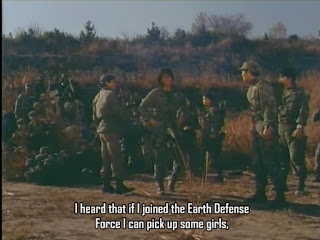 At the same time, some soldiers find giant eggs rolling down a hill. It is unclear if the two groups of soldiers are the same or not. 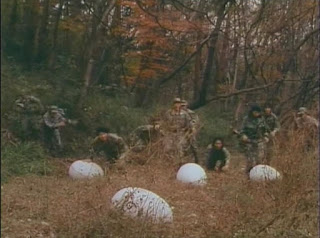 At first they are thrilled to have found food since their commander would not let them stop training to eat. However, all their excitement turns to fear once the eggs start hatching.

It is actually pretty unsettling to see slimy creatures hatching. However, any fear is completely lost once we see what they hatch into. 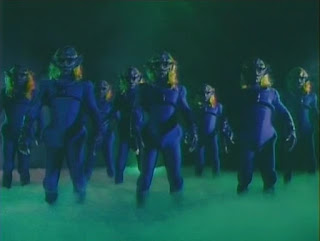 We have our foot soldiers for the season. They look silly.

On top of this new army of fodder, the monster of the week also appears and a battle between the soldiers and aliens break out. This fight turns into s disaster, soldiers start getting killed left and right from impaling, blasted from space ships, or being eaten alive. That is the dark 80s season I was expecting. Best not to show screenshots of that. In the end, only 5 survive who are very determined to survive. Suddenly, the 5 survivors watches start to glow. I think we know what is coming now.

A super trippy scene plays involving earthquakes and the whole world lighting up that ends with the 5 surviving soldiers all transforming into the Changemen. 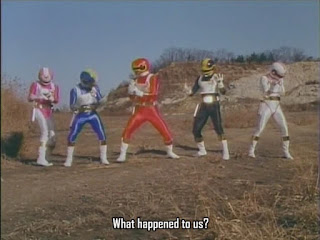 I am not sure which is more shocking. How none of them seem too shocked by all their commands deaths or the fact that the white one has a topless mermaid as her symbol.

The 5 rangers are all surprised and impressed with their ranger forms. However, they only get a few hits on the enemies before a spaceship flies by and tracker beams all of them up. Now, they all find themselves in a command area where their commander reappears and gives them the old school speech about how they have been chosen to defend the Earth from the star king fleet. Can't say this is cliche since it was 1985 and was probably still an interesting concept at the time.

Their Changeman powers are also explained. It is a power called Earth Force that the Earth itself emits when it senses danger. That is not an explanation you use on a franchise like this one. The obvious question comes up, why didn't this force emerge during any of the other 7 times Earth was on danger? All 5 of them eagerly accept their roles and now, 13 minutes into this 20 minute episode, we finally learn the names of the Rangers. 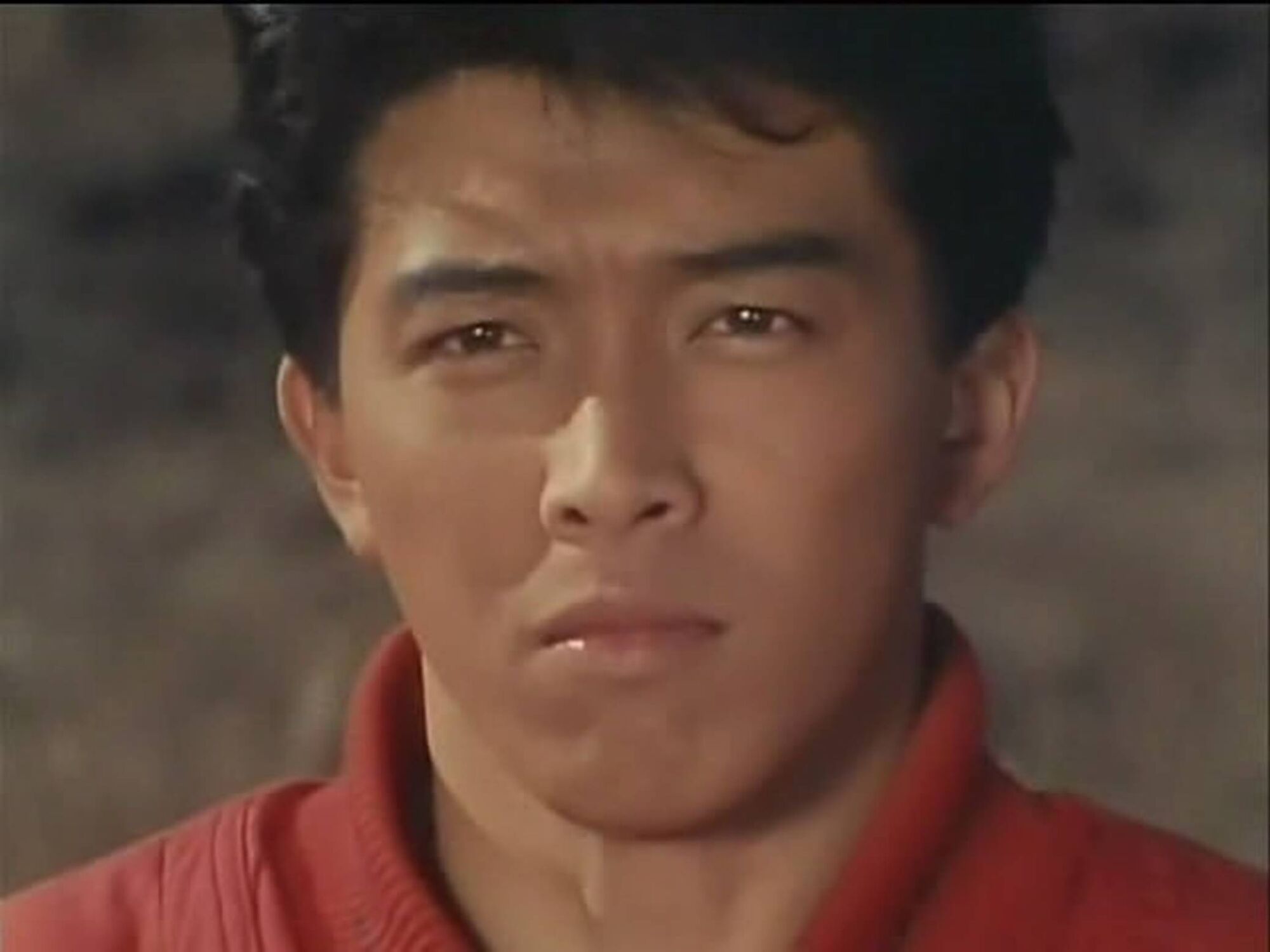 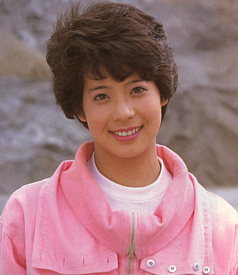 Note: Normally, I only use my own screenshots. However, character bio is something I felt was needed for the first episodes entry and wanted more distinguished images.

Now that the status quo has been established, all that is left is the action. The Changemen go back into action on motorcycles, another established trend, do some role call and begin a much less gory battle. This fight scene has an odd love of floating in air with wires and weird echoing sounds for their laser guns. (These guns are called Change Sword for some reason.)

The Changemen easily defeat the foot-soldiers, who are called Hidrer Soldiers, and move on to the monster of the week. Remember that he was still a thing?

Gabuu spits a few fire balls, but is quickly taken out by the combined weapons tactic. Every Rangers combines their Zookas to form the Power Bazooka. They really want to get all this establishment out of the way on the first episode. 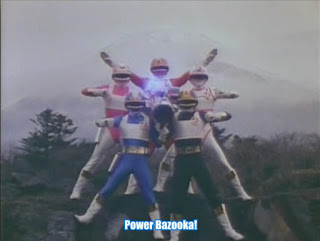 Gabuu goes boom, which prompts Gyodaai and Booba to appear in order to make Gabuu grow giant. One last trob to establish. In response to this new threat, Commander Ibuki summons their giant mech, Change Robo, in order to face Gabuu in a giant battle. Can things get any more simple?


No combining of 5 smaller zords, they just drive their motorcycles up into the cockpits. How? The giant battle has some decent back and forth with Gabuu using inner jaws very similar to the Xenomorph from Alien. Memes before memes. It ends with Change Robo firing some Missiles and a finishing blow with a sword. A no nonsense season it seems.

The episode ends without an epilogue. The Changemen are just riding their motorcycles down a street with an announcer recapping the key plot points.

To describe this episode in one word would be classic. There were dark moments that the 80s seasons are known for, the story is very simple with an alien invasion, and the tone for the season is set very nicely. That being said, this definitely felt more like an establishment episode with little merit on its own. Which is interesting, normally this much setup is done in the second episode since the first one usually tries to hook the audience. All the weapons and characters were introduced with little explanation, and none of the 5 rangers have shown any unique characteristics yet.

A difficult place to be in for a review. I definitely cannot call the episode bad because it never stopped being interesting. But, at the same time, it felt more like a preview than a story arc. For whatever it is worth, it does succeed in making me want to check out episode 2, so for that I can call it a success.