This is a very odd idea for a countdown, but one I have wanted to do for no other reason then a love of burgers and games. It is hard to really give "rules" for this list other then it has to be in a video game and something needs to have happened where a hamburger was an important factor. Why top 5? Simply because, that is all I could find in my experience. So, click "read more" and let us see what there is. 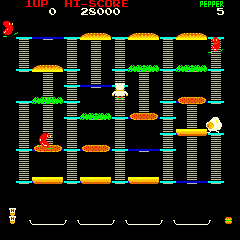 Starting off is the most obvious choice by far, an old arcade game about making giant hamburgers to get the high score. Nothing much to say here, a very simple game where you control a little chef to drop the hamburger buns onto the mutant eggs & other foods in order to create more complete burgers. Honestly, this is a pick that was only included because the list would have felt dishonest without it.

Here is an obscure exclusive gem on the original Xbox. A first person shooter that focuses more on melee combat about a character with amnesia who hallucinates a lot made by Namco of all companies. So, what does this have to do with burgers? Well, there are 2 that I was able to find in the game. One just randomly in a cafetiera, and one that the doctors use to help you sleep. A strange amount of detail went into this. 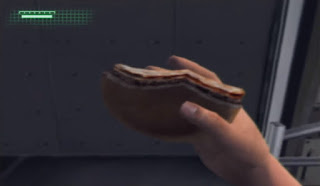 After two big bites, your character begins to feel sleepy and passes out. This happens just in time for a women to break you out of the hospital. She makes you throw up the burger, (which is all shown,) so you can wake up and begin your journey. It is a stretch, but eating that burger served as the end of the tutorial and beginning of the main game.

#3: MGS 5 - The Hamburgers of Kazuhira Miller 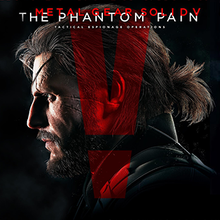 How on Earth did a Metal Gear game end up here? Well, after all the silliness this series has done, is it really that hard to believe? This is actually an optional radio conversation you can listen too between Miller and another character (no spoilers) as Miller tries to create the perfect hamburger. All recordings are about 13 minutes total. Check them out! 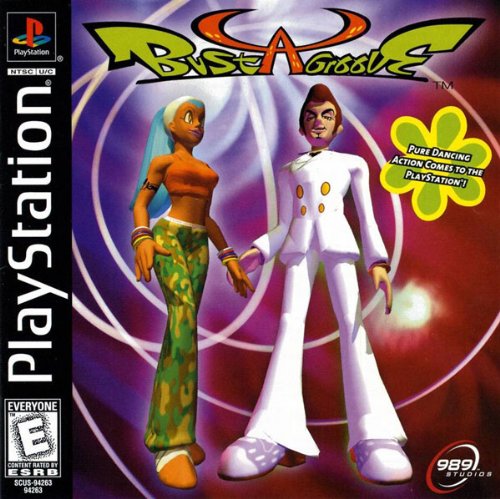 Now things are getting really crazy with a whole rap about loving hamburgers from our chubby friend Burger Dog. Bust a Groove (originally bust a Move) is a rhythm game with some funny original songs. This is one worth a listen as Burger Dog goes on about how Hamburgers are practically his whole life. It is very very very very good.
Shout out to Alonzorion's Secondary Channel

What could be better than a cartoony rap about Hamburgers with flat 3D characters in a rhythm game? An even better one.Parappa The Rapper 2's first stage has you learning how to make their town's traditional Beard Burger by rapping with the ghost of the president of the burger company. It is a great introduction to this game and a catchy song to boot. Give it a listen!
Shout out to PoptartsN Onions
That's all for this list. A very silly and simple countdown for an unimportant topic. But, hopefully it was worth a laugh and it did not make too hungry. Till next time, this is Cendoo, the White Ghost Ranger, signing off.
Posted by Cendoo at 3:36 PM