Could "Sonic Speed Simulator" be one of the best new Sonic games in years?

Before Sonic Speed Simulator was announced for Roblox platforms, I had never played Roblox. Sure, I knew about the 'oof" meme, but other than that I never cared to notice the game since the Sonic announcement.

Due to the lack of news and gameplay footage that still surrounds the upcoming title, Sonic Frontiers - which is due for a release in apparently 6 months from now, and we've still seen no gameplay whatsoever, Sega decided to finally feel sorry for us and give us a Sonic game to be entertained by for free while we wait painfully for the next title.

But Sonic Speed Simulator may be the best new Sonic game in ages. Annnounced only a few days ago, and released on April 16, the Sonic Speed Simulator addition to Roblox is treated as an official game. In it, you work up unlocking speed levels to eventually unlock Sonic and Tails. It's the first time in a long time that Tails can be a playable character in a solo 3D Sonic game.

You collect many Chao Orbs to upgrade your speed level. The whole goal of the game is to go fast and unlock the familiar duo, which after you are required to do so is actually an easy and straight forward task. I managed to unlock both Sonic & Tails at level 30. 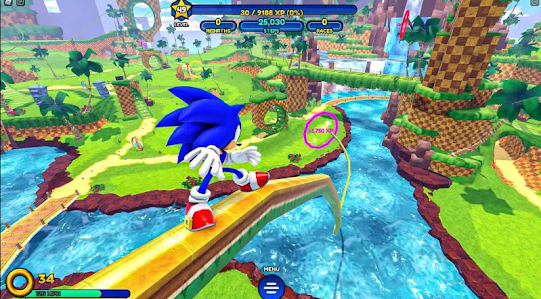 It's safe to say that this is by far the most visually impressive Sonic experience i've seen in a long time. In fact I think it's the best looking one since Sonic Adventure. I also assume it was pretty easy for the Roblox team to make a big Sonic open world game like this. I love how the experience is not too linear, like Sonic Colours or Sonic Lost World was. We have more of a chance to run around, and explore in 5 different worlds based on past Sonic titles.
The colours to each level design are bright and contrast. It is very pleasing to look at, filled with the nostalgic Sonic vibe with the green scenery & Sonic flowers with the bricks and Temples everywhere.
For a lonng time, Sega have been reluctant to make a big Sonic game like this (up until Frontiers, but we still don't know how big the game will actually be), and they've certainly been avoiding the Adventure-era style gameplay and have been making more linear games to always try and appeal to 'new fans'.
Sonic Roblox does a great job of appealing to the old classic fans. For a start, they brought back Chao. Something Sonic fans have been shouting at the rooftops to Sega to bring back in their games for many years. 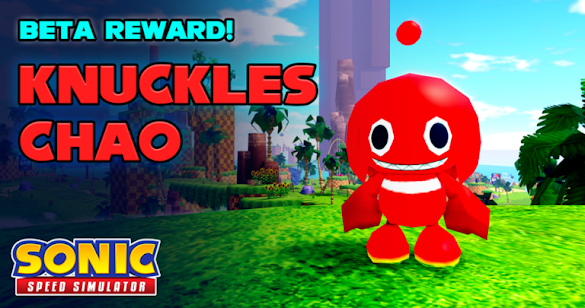 Unlike Team Sonic Racing, Chao are featured heavily in this game. You can unlock different Chao to boast about your different statistics for your character's speed levels. They follow you around in the game even.
We always hope that Chao will make a future return in the mainline Sonic series. But I am happy they are included in Sonic Speed Simulator. 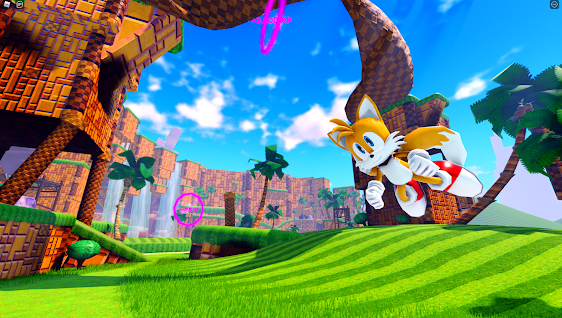 For the first time in a long time, Tails is a playable character. It's the first time I recall he is playable as a solo character for a while. Before you bring up Mania, that was a 2D game and that doesn't count. I'm talking aboutt the 3D games here. While unfortunately he doesn't fly as usual, his tails lift him off the ground as he runs. I was disappointed that he doesn't fly properly. Still, it's nice to have him included in the game with Sonic. 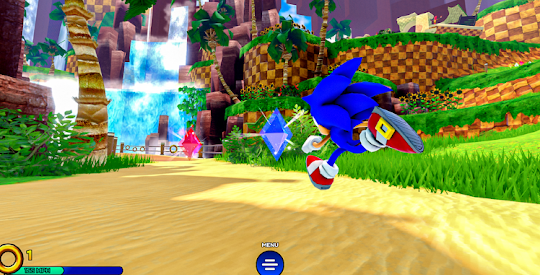 On the other plus side of Sonic Speed Simulator, there is no voice acting. Which is great because i've never really been a fan of Roger Craig Smith's take as Sonic. But best of all, there's NO BOOST. No Boost gameplay at all. This certainly is an improvement to the past Sonic games that heavily rely on the boost-based formula. It's great to be running around manually while taking time to exploring a big world rather than pointlessly boosting all the way through it and finishing it in less than 5 minutes (in Forces' case, sometimes under 1 minute). Iizuka wants Sonic Frontiers to focus more on exploration but it is unclear if the boost formula will return or not. I hope it doesn't return, simply because Sonic games are much better off without them. The boost send off game could be Sonic Forces. It's time for Sega to use a different approach to the Sonic games in the future. If they use one like what they have in Sonic Roblox, that would be fine by me. Hopefully Sonic Speed Simulator is a preview for what's to come in Sonic Frontiers.
There's been no news regarding Sonic Frontiers or the upcoming other title, Sonic Origins. Both games are expected to come out this year. But Sega have been very tight lipped about both games.
However, Aaron Webber posted a cryptic tweet the other day, promising to share some kind of information soon perhaps. Do you think that Sonic Frontiers and Sonic Origins are delayed, or do you think they have more news to share with us soon? At least we have Sonic Speed Simulator on Roblox to keep us entertained for a while. It's even better than that tragic remaster of Sonic Colours they released a while ago.