Today it's been reported that a new Sonic Origins artwork has been revealed on the PS Network! 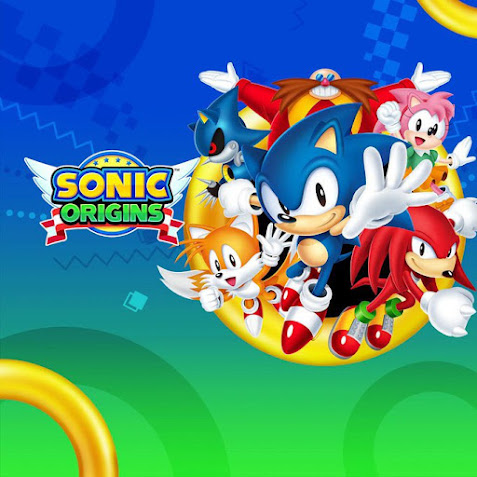 Announced back in last year during the 2021 'Sonic Central' event, Sonic Origins promises to be a brand new collection of Sonic 1, 2, 3, S&K and Sonic CD in the one release, with new emulation on its own hardware, 16:9 format, and lots of other new special content added in the game, probably like Sonic Jam how it had a few extra features for the old console versions too and the ability to switch between US and Japanese versions.

The Sonic Origins art was shared by Tails Channel, the #1 source of Sonic the Hedgehog news & updates. It's also been discovered in the Playstation Network servers. Just recently too it was revealed that Sonic Origins had recieved a rating confirmation in South Korea, (and even more recently a rating confirmed in Australia), which usually means the game is due for a release very soon!

Earlier in the year it was feared that the game was delayed due to SEGA not revealing updates for it in a very long time. Now thankfully it looks like Sonic Origins will see the light of day soon for modern consoles, such as Nintendo Switch, PS4, PS5 and Xbox Series X.

After Sonic Origins, we have the upcoming release of Sonic Frontiers, Sonic's next new adventure game, which is due for release in November 2022. However there has still been no more news about the game other than a trailer released late last year which only showed off landscapes and no gameplay footage. Some people are also worried about Frontiers, and are hoping that the game isn't delayed due to a long period of no news or other footage about it.

Are you excited about the new Sonic Origins collection? Let us know in the coments below!

*UPDATE* it also looks like the official website has just popped up, but isn't accessible yet. This has been discovered by the Twitter user Sonic And All Characters.