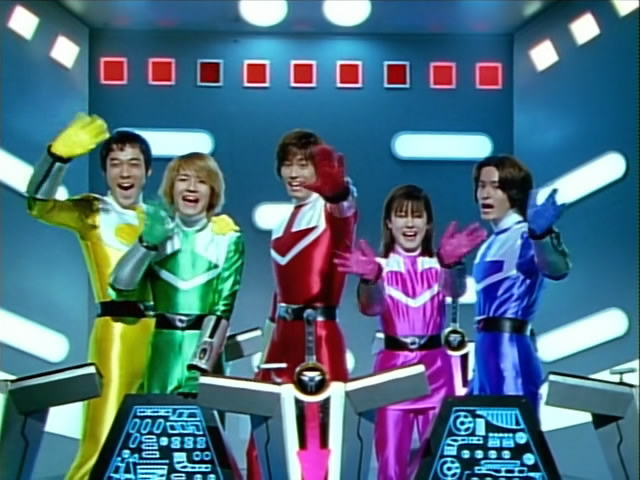 The episodes continue on and the quality is still back and forth with a desperate need to a major plot point to happen. Normally, this would be around the time for the 6th ranger to appear, but this season is going to be a late bloomer with that. So, click "read more" for my coverage of what I predict to be 2 more filler episodes. 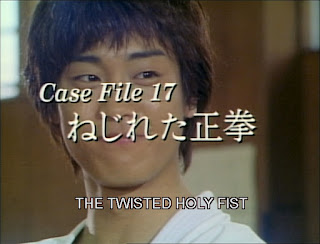 This episode takes the villains back to their main goal of making money. Now, they have gone over budget and want a steady source of income instead of one off robberies. So, the monster of the week this time is an Extortionist with a Mohawk named Flan. While this is going on, we also learn that Tatsuya has a karate student named Makoto Urawa who is very passionate about practice but has a bully problem and is secretly seeking revenge. I am not sure which one is the B plot.
As the situation escalates, Makoto's mom reaches out to Tatsuya for help and they discover his bullies are part of a gang called Gunryu that even teachers cannot deal with. Tatsuya dismisses Makoto as his student stating that karate is not for revenge.
The Gunryu gang come back with their leader to confront Makoto for not having enough money, Makoto finally snaps and punches out the leader which causes a suspicious looking lady to make him the new leader after warping his mind. In a couple not so shocking reveals, this lady who made him leader is the monster of the week in disguise and the Gunryu gang is the making of the main villains in order to get money. While this has been successful, the villains aren't satisfied, so the money demand doubles leading to the gang now attacking people of all ages. This leads to the timerangers intervention, mainly Tatsuya. Tatsuya lets Makoto hit him repeatedly until he collapses mentally and then reminds him that he used to love gardening, or his true self. Deep, but questionable.
Time for everything to wrap up. Makoto tries to quit the gang but the monster of the week, Flan, reveals his true form and tries to kill Makoto only for the rangers to show up just in time. Once Makoto runs off, the fight goes outside and becomes the morphed battle. This fight pretty much only has Tatsuya fighting to show off his karate while the other 4 take one hit and loiter in the background. Flan gets a couple of hits in before Tatsuya tickles him and overwhelms him; Flan tries to bribe his way out to no success, then turns giant. Again, the giant battle is one sided and underwhelming; less then 2 minutes long with most of that time being the transformation stock footage. Episode ends back at Tatsuya's dojo which now has many more student including a normal Makoto. THE END!

This episode was okay, but is one more showcase of all the problems this season has been having. Unimpressive fight scenes, the focus being on the civilian plots while almost ignoring the villains and rangers, and several minor plot holes are ignored. Examples of these plot holes, none of the stolen money was returned so this is debatably a loss for the rangers, Makoto's character backstory was that he used to love gardening and only took up karate in hopes of revenge on the ganisters which has no conclusion because Makoto is back in karate during the ending, and they didn't even say what happened to the rest of the Gunryu gang. But, to give some praise, the episode was paced fairly well and didn't have any cringe moments so, I can at least call it passable. 2.5/5
pros:
cons: 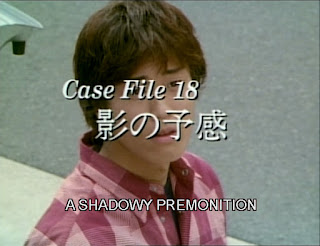 This episode shows the first sneak peak that Gien is plotting something as he looks at plans for what appears to be a giant robot. Even more suspiciously, Gien choses the monster of the week while the others are asleep and this monster, named Sandoora, is no good for getting money. Cutting away, the Timerangers are getting ready to leave and have a BBQ. While that is happening, Ayase's fatal illness has another attack just to remind the audience of that sub-plot. The blue ranger only has 1 year to live, there is your reminder. Ayase ends up taking a quick job as a driver.
Maybe we will actually have story development this time around. 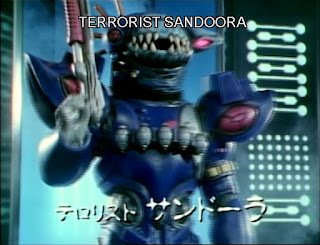 Coincidentally, the place Ayase was hired to drive an injured scientist too was the same research center that Sandoora and a group of Zenitts were sent to infiltrate. They take over the lab and lock it down, but Ayase was still in the underground parking lot and gets locked inside with them where he is able to hear the plans and call the others. Sandoora was sent in to collect a new energy source called Lambda-2000 and forces the workers to produce some for him. This is obviously connected to Gien's robot. Now, the rangers are attempting a stealth rescue of the hostages inside the lab. Sandoora succeeds in collecting the Lambda-2000 and is about to kill the workers when the rangers make it inside just in time to save the day. 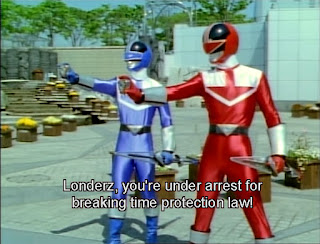 Now it is time for things to come together. Tatsuya goes looking for Ayase thinking he may have had another attack while Sion Yuri and Doman pursue Sandoora. Ayase turns out to be fine and impressivly, Sandoora actually puts up a fight against the other 3 before blue and red re-join. Sandoora gets a couple more shots in before being overwhelmed and forced to turn giant. Amazingly, the giant battle actually feels proper. This monster actually fights back and almost wins after the rangers get hit by a bunch of grenades. The rangers pull a turn-around victory with an abrupt ending where they use the finishing sword slash while taking several bullets. Monster prisoner is re-captured and the rangers breath a sigh of relief while their mecha shows noticeable damage taken. Gien still claims the Lambda-2000 after the fight.
The episode ends with the Timerangers finally taking their BBQ. Tatsuya urges Ayase to tell the others about his condition and go back to the future to check into a hospital but Ayase refuses. He says doing that would feel like dying immediately and he likes things the way they are where they only worry about today and can maybe change tomorrow ignoring the larger picture. To this, Tatsuya is torn as he does not know whether to focus only on the now or try to change the future. Elsewhere, Toc finishes research on Lambda-2000 and finds out it is the basis for all fuel in the 30th century and we learn Gien is planning to fuel his robot with it. No shock there. Finally two more cuts, back to the research center, we learn they are developing a super weapon and a cut to the future teases a new super Robo. The End! 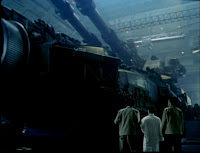 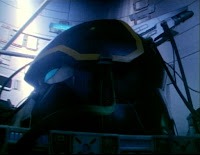 I cannot believe it, an episode that was not only good, but great and did not have any of the re-occurring problems. The focus stayed on the Rangers, there was good action, and no lingering plot hole. (Teasers don't count.) Also, for once it feels like the general plot is moving forward as one of the main villains is showing some bigger pictures and the rangers sub-plots are being looked into further. Honestly, I am surprised. Could this be the big turn around moment that makes this season a great one? We shall see, until then, I will give them this well earned win. 5/5
Posted by Cendoo at 12:00 AM